All-purpose sheep are king at Kamora Park, where doing ability is a must

Wade, Katelyn and Colin Boughen winning the highest average score in the fibre meat plus class at the Royal Adelaide Show in 2019.

All-purpose sheep are king at Kamora Park, where doing ability is a must for the Poll Merinos that thrive in the low rainfall area of Sandalwood, South Australia.

Colin and Julie Boughen run the stud, which was started in 1963, with their son and daughter Wade and Katelyn, and produce big square sheep with carcase and wool in mind.

"We like sheep that are big and square with a long neck extension, big ears, huge barrel and long bodies," Mr Boughen said.

"As we live in a low rainfall area doing ability is extremely important here. They have to be big sheep. We've always bred sheep with carcase and wool in mind."

Their 3239 hectare property gets around 250 millimetres of rainfall a year. 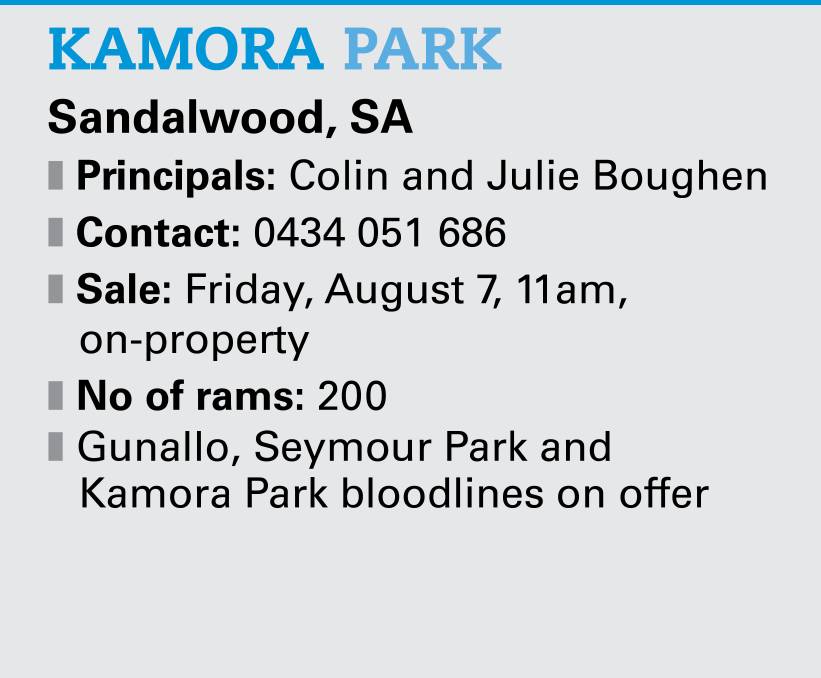 Although this season is looking up, with 60mm falling in Anzac week - a big fall after two drought years.

"We've got green paddocks, we haven't had green feed for the sheep to eat in two years so it's marvellous," Mr Boughen said.

The dry also impacts the traits they look for in wool.

Mr Boughen said the sheep he breeds and buys need a long staple and the "richest, crimpiest wool we can find".

"It has to be oozing lustre, in a dry area you need as much lustre as you can get."

The stud's ewe hoggets have averaged 18.3 micron over the past five years, and they cut between eight and nine kilograms.

The mixed-age ewes are 19.7 micron and average eight kilograms.

The stud shears in the first week of August each year and cuts about 120 bales.

The average weight shorn was 84.8kg and the average eye muscle was 40.3mm.

Surplus ram lambs go to Thomas Foods International in Murray Bridge, the lot sold in 2020 had carcase weights of 35.3kg and they made an average price of $264.66.

A range of homebred rams, and rams of Gunallo and Seymour Park blood will be offered.

Mr Boughen likes the type of sheep from Seymour Park in Western Australia, where he purchased a $25,000 ram, Seymour Park 23, in 2017.

"He would be one of the richest rams I've seen in a long time. He's bred really well and as a rule the Seymour Park sheep fit in with our program beautifully," he said.

A thousand ewes are artificially inseminated each year with semen from seven or eight rams, including Kamora Park sires as well as some of the best sires Australia wide, with natural mates lambing through May.

Mr Boughen aimed for a lambing percentage of 100 per cent or higher.

The five and a half year old ewes are usually sold to stud breeders. 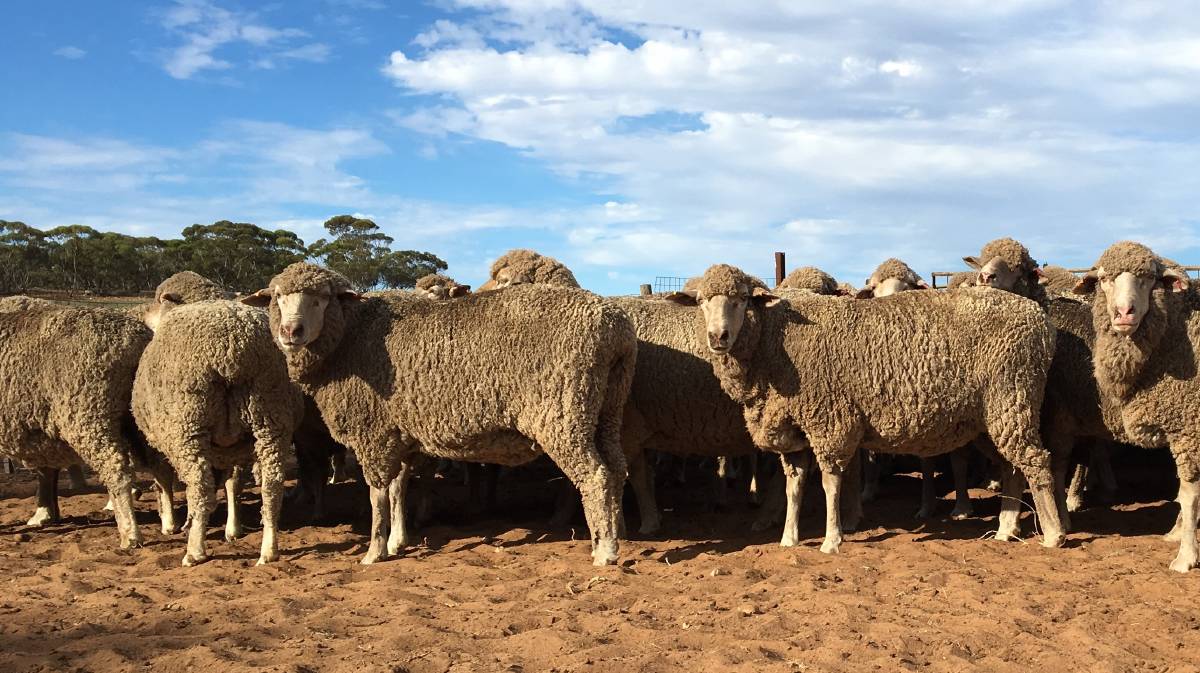 The stud has had many successes with wins at Royal Adelaide Show and the Australian Sheep and Wool Show at Bendigo, Victoria, in the dual-purpose carcase and wool classes.

In the Fibre Meat Plus Class at the Royal Adelaide Show, Kamora Park has won the highest average score (with three rams) four times over the competition's history for carcase and wool traits.

It also won this same class, outright and overall, twice. The first time in 2007 with Kamora Park 304, who lived to 10.5 years old. The ram's semen was bought by many studs and is still in demand.

At Bendigo, Kamora Park has won the all-purpose class previously, and in 2019 it had two rams in the final six.