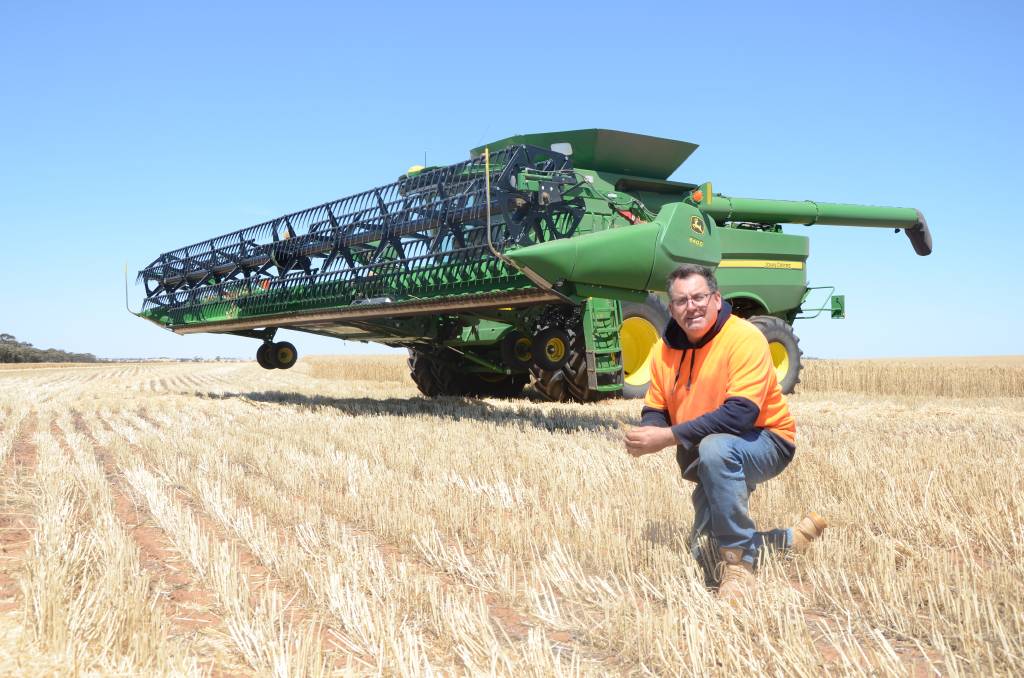 Grain, pulse and oilseed growers are backing expert predictions of a good season.

Victorian grain, pulse and oilseed growers are quietly confident they're in for a promising year, backing analysts claims of a positive season.

Rabobank and Mercado market analysts have both said farmers are justified in their optimism.

Winter grains planting has already started, with seed going into a replenished soil moisture profile, across many regions, according to Rabobank senior grain and oilseeds analyst Cheryl Kalisch Gordon.

Speaking in a recent Rabobank webinar, 'What COVID-19 means for the Australian grains sector', Dr Kalisch Gordon said several factors were insulating the sector from the substantial price falls experienced by many other commodities on the world market.

"We forecast Chicago Board of Trade (CBOT) wheat will remain about 550USc a bushel over the next 12 months, keeping in mind that in this range we get about an AUD5 per tonne lift in local prices for every cent lower than the Australian dollar trades," she said.

Rabobank forecast the Australian dollar to trade at around US60c for the next 12 months, even dropping to US55c in the near-term.

He said during the Russian invasion of Crimea, in 2014, there were concerns no grain would be exported from the Black Sea ports.

"The crops still got harvested, it still got put on a train, or truck, still got to the port and still got exported."

"It really does depend on what happens, if we see more stringent lockdowns

"If France goes down the path of Italy and Spain, we'll see exports of the French wheat crop stopped."

That would have ramifications for global wheat pricing, but Mr Whitelaw said it was a bit of an uknown, at the moment.

"This year's crop has fantastic potential; if the three-month forecast comes to fruition, we will have a massive plant," he said.

"Our biggest challenge could be getting it out of the country; it's quite a good challenge because yield is always king."

We still haven't achieved the lows of the past decade but not far off. pic.twitter.com/qFWMWTd1HT

Ryan Milgate, who farms east of Minyip, said another decisive factor was the low price of diesel.

He said he bought fuel at just below a dollar a litre, three weeks ago, although he said the cost of diesel would only have a significant effect at seeding and harvest.

And if producers were buying more fuel, during harvest, it was usually because yields were higher.

"It certainly helps you to have fertiliser prices back and fuel prices back, all of a sudden you have $20 a hectare in your pocket." Mr Milgate said.

He said the region had just kicked off its seeding program, with recent rains delaying a start.

Rupanyup dryland grain producer Peter Teasdale said he had been dry sowing wheat and canola at a neighbour's farm, before starting on his own property in the coming week.

"It's dry sowing, and at our place, we haven't got a great moisture profile yet, but the mid-range weather forecasts are looking good.

"We'll plan for the worst, and hope for the best."

Mr Teasdale said he was planning to put in 1700ha of wheat, barley, lentils, chickpeas and canola, "the same as usual.

" Prices are good at the moment, where they will be when this next crop comes off, who knows?

"The markets are a complete mystery, and I don't think anyone can forecast what is going on."

He said the area didn't need a lot of rain to get the crops started.

"We would probably need a 10mm event to get them out of the ground, and this time of year, we usually get rain, maybe in three weeks to a month."

"We received 60-80mm, over two rainfall events, over summer and will need a good 15mm of germinating rain, at the right time, to get going," he said.

Last year, the crop was hit by frost, although Mr Blacksell said he had insurance.

'Before the frost, it was an outstanding season for rainfall, and it still turned out to be quite a solid year, yield wise," he said.

"We are trying to lock in some prices - when the dollar crashed it made wheat, in Australian dollar terms, extremely attractive," he said.

Mr Blacksell said when he heard chemicals such as the herbicide trifluralin might be short, he ordered everything he needed.

He was also one or two rotations ahead, with glyphosate.

"I bought two years worth of fertiliser, when it hit rock bottom, in December last year," he said.

It was part of his production model, which avoided "just-in-time' deliveries.

"Just in time deliveries are a huge risk for producers, particularly for chemicals, which aren't substitutable." "

He said the area had received between 25 and 70mm of rain, "depending on which storm cloud, you happened to be under.

He said he was putting in a similar amount of crop, to last year, including lentils, barley, wheat, vetch and early barley, for stock feed.

"We have got a bit of moisture, and we have had as much rain as we did last year, and the year before that," Mr Barry said.

"That series of two or three events, we had a fortnight ago, put a different complexion on the whole country, there's now a bit of a green tinge.

"If we could get an average of 300mm, we could grow some massive crops - but the average is not average any more."

He said the hard part was growing the crop.

"You can always sell it, later on."

Sponsored by
Almost 43,000 more people went from the city to the country last year, more than double that in 2019.
Test
The combination offers the company a number of benefits.
Test
Stakeholders say it remains the best wild dog control method.
Test
Buyer competition has been erratic at physical markets.
Test
Large parts of northern Victoria among the driest 10pc of records for the month
Test
A TasRail train collided with a herd of heifers on Friday.
Test
It's no surprise that those living in our regional areas are overrepresented in our state's road toll
Test
It's a good start, but with a growing number of risks, the biosecurity system needs a long-term funding solution.
Test