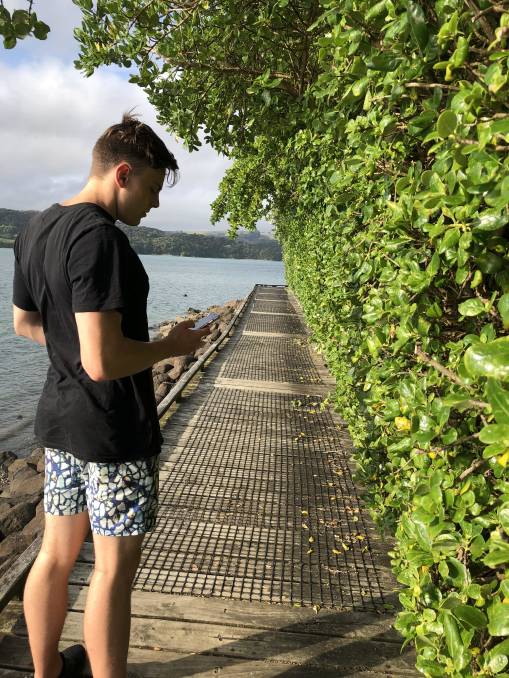 SPROUT APP: Former elite swimmer Joe Sinclair has developed an app to allow those with excess fruit and vegetables to link up with people wanting produce.

Melbourne Monash University student Joe Sinclair is hoping to expand a phone app he's developed to link those with too much produce with others who want to swap, or buy food.

Home gardeners are eager to grow their own food, amid concerns about access during the global coronavirus pandemic.

As part of his course work, he developed the Sprout phone app.

"It's like a farmers' market online. It allows people to buy, swap and sell produce they have grown in their own backyard,' Mr Sinclair said.

It's like a farmers' market online. It allows people to buy, swap and sell produce they have grown in their own backyard. - Sprout app devleoper, Joe Sinclair

Growers pin their location on a map and create a user profile, that lists available produce.

"All other app users can see where the pin is located on a map, view the seller's profile and message them if they are interested in arranging a trade or purchase.

"All payments between the seller and buyer are external to Sprout.

"The goal of Sprout is to allow anyone, whether they have a veggie patch or not, to connect with local growers so that they can receive affordable, fresh, healthy food that is grown in their neighbors backyards."

He said he was inspired by a trip to New Zealand, with girlfriend Jessica Adams, where they saw boxes of fresh produce left outside houses.

"You drop money into the box and take the produce, I thought that was a really good idea."

He said Sprout reduced the cost of eating healthy food, reducing one of the barriers to taking it up.

"A lot of people who are in a lower socio-economic bracket can't afford healthy food, because it isn't cheap," he said.

"Sprout aims to give everyone access to affordable fresh food.

"Some of the biggest barriers to a healthy lifestyle are a lack of knowledge, finances and time."

Others didn't have geographical access to fresh and healthy food, as they were not close to major cities.

"People in these situations often rely on purchasing foods that are non-perishable, such as dried, canned and packaged goods," Mr Sinclair said.

Sprout made gaining access to food easy and affordable.

"Through the app, someone can be connected with hundreds of people looking to sell their excess fresh produce at an affordable price, or even for free, and that may even include their next-door neighbor.

"Families that live in outer suburbs or in rural areas can use the platform to sell their own excess produce and create a small business for their family which provides an extra source of income."

He said that was the case for Ms Adams, whose family lives at Doreen, and always had excess produce from two planter boxes, outside their house.

As an elite swimmer, who had represented Victoria at national championships, Mr Sinclair said he always had a passion for health and fitness.

Once he finished his career he said he wanted to stay fit and healthy.

"I am seeing posts everyday, on the Facebook groups I am part of, about people putting in planter boxes and asking for advice on how to grow stuff," he said.

"I'm hoping Sprout can give them a platform to try and stay in that culture, and thrive in it."

He said he hoped the app would help people become self-sustaining, during, and after, the coronavirus crisis.

"Leftover produce from a home growers veggie patch can be used by someone else in need, reducing the buildup of food products at landfill sites," he said.

But Mr Sinclair said he now wanted to take the app to the next stage.

A completed prototype was currently on the app store but only available for IOS, so Mr Sinclair has started a Kickstarter campaign, to raise funds to further develop Sprout.

"It's not just a case of porting it onto a different device, you have to start from scratch," Mr Sinclair said.

"Right now is a really good time for Sprout, but not the best time to be looking for investment."