Three months after the stud was badly affected by bushfires. 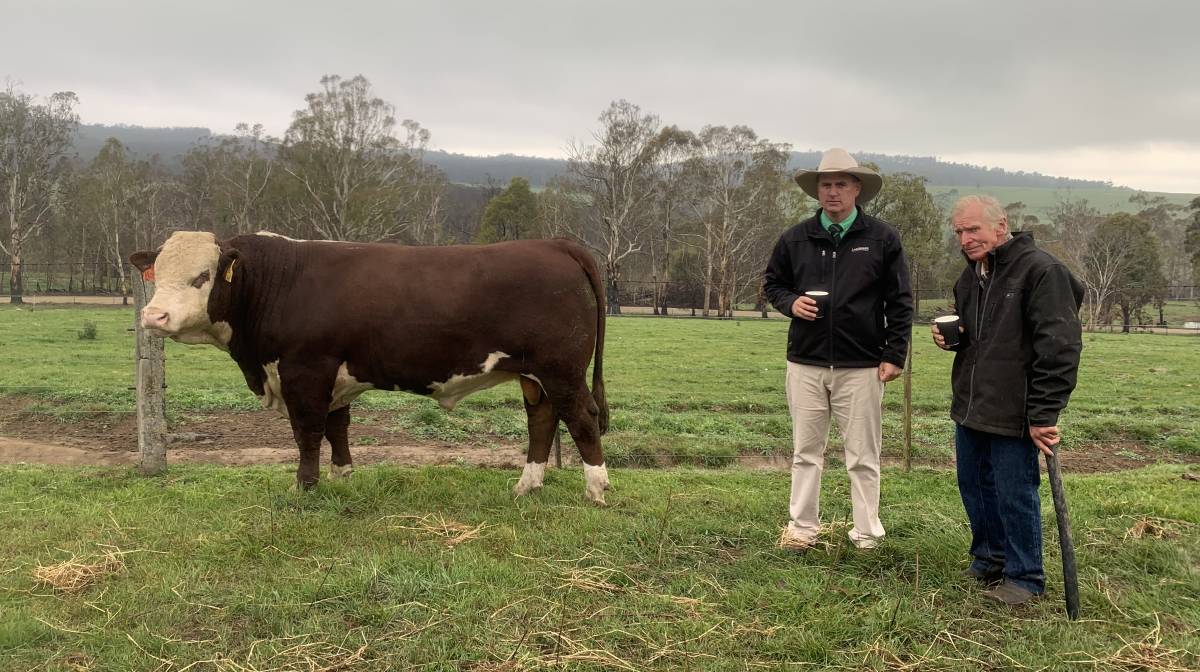 Unlike previous sales, the Hereford inspection and auction were held outside to adhere to federal government restrictions put in place that day.

Karoonda Park co-principal Lauren Hill said two thirds of the bulls were sold to breeders from Omeo/Benambra and Yarram/South Gippsland.

"To have so much support in a year that has been so challenging for everyone was remarkable and we were truly grateful to everyone," Ms Hill said.

Ms Hill and her husband, Lynton Hill, and her parents Paul and Judi Sykes run the Gelenatipy-based stud in East Gippsland which only three months ago was affected by bushfire.

The property sustained extensive damage including the loss of yards and a hay shed and 350 rolls of silage, however, no livestock were killed.

"Our stud manager [Andrew Green] and I had the opportunity to see the bull and a broad section of the female herd about three weeks ago which also gave us confidence in the program that the bull came out of," Mr Trovatello said.

The bull will be joined to the stud's horned cows in June/July.

"They're very good quality bulls and they've done a very good job for us over a period of time," Mr Phelan said.

"If you had an elderly lady in her 90s you could send her a Karoonda bull and know she would be safe with it because of how good their temperament is."

Mr Phelan said a all of the bulls he bought would be used in self-replacing herds.

"One of the bulls I bought is going into a black herd of cows and they bought the bull because of how quiet their heard these bulls were," Mr Phelan said.

"The stud has searched far and wide to buy leading sires and when you see people from Omeo and Benambra return to buy these bulls, you know they are a very trusted."