The Merino is the sheep of choice for David and Sally Wardlaw, Avoca. 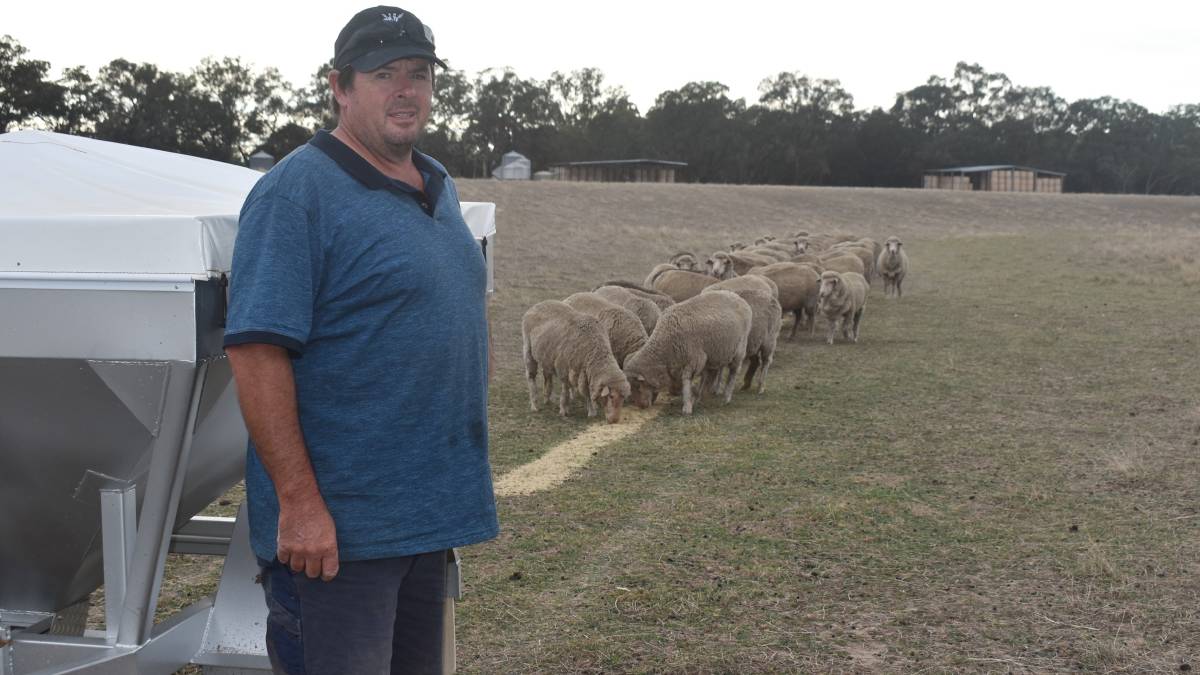 Avoca district farmers David and Sally Wardlaw aim to produce 100 bales of wool a year from their self-replacing Merino flock.

But the search for wool cut per head hasn't affected the size and finishing capacity of the Wardlaws' flock.

Mr Wardlaw, a fourth-generation farmer, said the price was the highest the family had ever received.

"I didn't think they were that big in the paddock, but when we loaded them on the truck I was surprised how big they really were," he said.

He said the main criteria for any decisions, whether that be genetics, flock size or nutrition, was the impact on wool cut.

"We hunt for the wool cut, we don't go for plain-bodied sheep," he said.

As well as David and wife Sally, their son Noah and David's father Bill also help out.

The family has "always stuck with the Merino", Mr Wardlaw said.

"I don't think you can go past a Merino," he said.

"The lamb prices sound good when you're selling them, but then you have to go out and buy ewes each year."

The flock had a Langdene base going back, but had switched to Roseville Park.

"I think they are bigger sheep, easy maintenance and no wool faults," he said.

He buys three or four rams each year to keep numbers up.

Roseville Park always had a range of rams available to suit everyone.

He said they bid on the top of the line rams.

He looks for rams with size, a clean face and a bit of neck and "body wrinkle all over it".

"Open and free-growing wool sheep go well in this country."

"From the river flats to the foot of the Pyrenees," he said.

The wethers were normally retained until four-years-old as wool-cutters.

The mob sold recently was the second draft of wethers sold this year.

"That's the beauty of a self-replacing flock, when the numbers build up you just offload them," he said.

"With the current prices I'm tempted to sell some more."

The adult sheep normally cut between seven and eight kilograms of wool each year.

Mr Wardlaw said the flock's average micron on the young sheep was 17 and up to 19 on the grown sheep across both ewes and wethers.

He used contractors, a full shead team, for shearing for the first time this year.

The shift to contractors meant the shed had to be upgraded to cover all occupational and health and safety requirements.

The maiden Merino ewes were first joined to terminal sires before going to Merinos from then on, to maximise the number of lambs born from the Merino sires.

The cull ewes were normally joined to terminal sires and sold at Wycheproof or privately.

This year they were sold unjoined through the Ballarat prime sale pens for $185.

At lambing the ewes were run in mobs of around 60 and fed with barley, mostly bought from Donald.