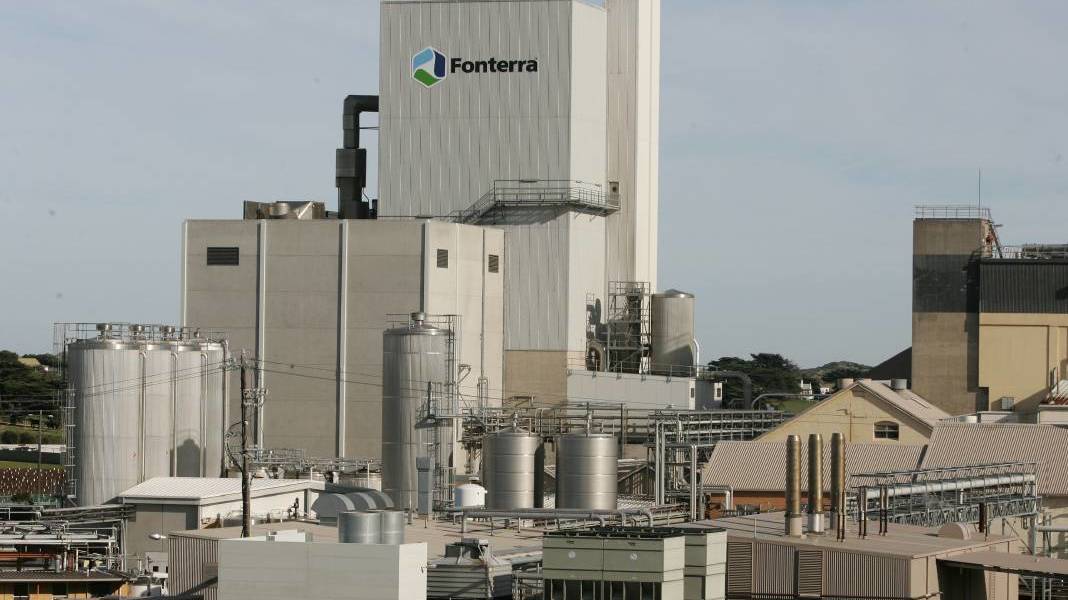 REBIRTH: The Fonterra factory at Dennington in western Victoria will reopen after it found a buyer.

The Dennington dairy plant has found a buyer after Fonterra announced it would be sold in May last year.

ProviCo will formalise the Dennington plant's purchase on April 22 for an undisclosed amount after nine months of preparation and negotiation and begin operation "soon after".

Australian-owned, ProviCo is a large manufacturer of calf milk replacers, producing a range of feed and vitamin-fortified products for animals, including cattle, dairy, sheep, horses and pigs.

ProviCo Australia managing director Andrew Paterson said the acquisition of the plant, which had a replacement value of more than $100 million if rebuilt as a greenfield site, would allow the company to grow.

Some of it production equipment at a Laverton site would be relocated to Dennington, which Mr Paterson stressed, was still intact, complete with the packaging line Fonterra recently upgraded.

It would not collect milk from farmers, instead using byproducts like whey from other dairy processors.

"We've operated in the dairy industry since 2003 without needing to collect raw milk from farmers," Mr Paterson said.

"I think it's better that milk continues to flow to factories where the capacity can be better utilised to return a higher milk price."

The Dennington site would utilise significant renewable energy and, "some byproduct waste streams out of dairy manufacturing that are not currently being harnessed".

Mr Paterson said ProviCo was seeking "probably 20 or 30 people initially" who were knowledgeable about the Dennington plant and that it would, "work with local training institutions to provide on-the-job skills training to create further employment opportunities for the community".

The last of the 97 local Fonterra workers left the Dennington plant in late November, and the site has been completely shut down for the last three months.

Mr Paterson said, contrary to some industry reports, the Dennington site was in excellent condition.

"Dennington's a great asset and has very good functionality and flexibility," he said.

"It's got well and truly another 100 years of service in it.

"It's good to see it protected, it's a world class facility.

"The plant's ability to use milk powders, plant-based oils and milk together provides it with great functionality, particularly in a tight milk environment."

The acquisition could mean a doubling of ProviCo's production and, as a result, improved utilisation of the cheese industry's production byproducts like whey.

"I think one of the things the site needs to ensure is that all profit and all activities don't relate to the dryer," Mr Paterson said.

"It's a big site and there's plenty of space there to do some areas of manufacturing that the rest of the industry don't do because, perhaps it doesn't have the scale that interests them or perhaps you need to aggregate raw materials from multiple industry players to be able to warrant processing."

While the Dennington facility would be dedicated to ProviCo production, Mr Paterson said he took a collaborative approach to working with industry.

"I source raw materials from virtually every dairy manufacturer in Australia, so we will work with them to see what assistance we can provide with Dennington," he said.

"We'll be looking at things that other people don't do.

"We'll have a freeze dryer on site.

"There are gaps in the industry that won't require more milk or put pressure on the farm gate.

"There is a lot of waste - not rubbish, there's a big difference.

"If food waste was a country, it would consume the third-most food of any country on the planet behind the United States and China.

"The biggest contributor to food waste in Australia is the dairy industry so there is a significant area for improvement in that regard.

"There are enormous amounts of whey that still go through into high-solids waste.

"There are a lot of cheese plants without spray dryers capable of converting that whey into something useful.

"There's a lot of value in that protein and it's just being thrown away so we're looking to harvest that and other byproducts."

Mr Paterson said the purchase was a vote of confidence in the industry.

"ProviCo is pleased to secure the Dennington site and enhance our existing manufacturing and distribution footprint to further support our leading ProfeLac branded milk replacers sold nationally," he said.

The reopening is big news for the local community, including Tom Ward, who will return to his roots as general manager.

"Growing up in Timboon, 60 or 70 kilometres away, it was a big part of community, even that far away," Mr Ward said.

"So it's huge for the region, especially when you listen to the stories of people who'd been working there for 30 or 40 years, it will be massive."

"Since we announced the factory's closure in May, we've been working with potential buyers to find a commercially viable and sustainable future for the site, and we're pleased to be selling the factory to ProviCo with all of its operational capabilities and assets intact," Mr Dedoncker said.

"The sale creates a new chapter for the factory, which has been an important part of the Dennington community for more than 100 years."

ProviCo will also take responsibility for the Dennington memorabilia hall.

Fonterra is in discussions with the Warrnambool Council about the future of the Dennington church and its hall, which weren't part of the sale.