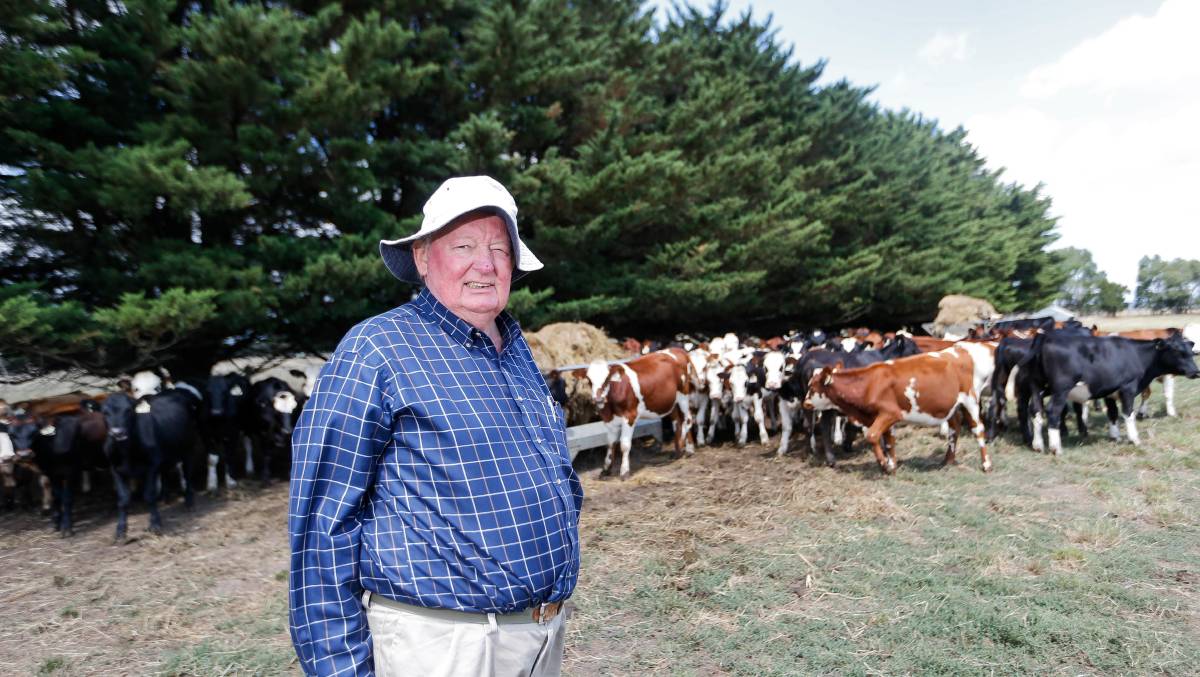 A leaked submission endorsed by two United Dairyfarmers of Victoria south-west branches and Farmer Power has called for the Australian Dairy Plan to be rewritten.

A leaked submission endorsed by two United Dairyfarmers of Victoria south-west branches and Farmer Power has called for the Australian Dairy Plan to be rewritten.

In the making for over a year and having toured the nation seeking feedback from over 2500 stakeholders, the Australian Dairy Plan chaired by John Brumby has been hailed as a "once in a generation" opportunity to set the industry back on track.

READ MORE: Dairy Plan draft: what you need to know

But the south-west Victorian grassroots submission declares the ADP has a "lack of vision and dangerously optimistic industry growth targets".

The report was supported by UDV regional branches, Wannon and Corangamite, and Farmer Power.

Concerns for the Australian Dairy Plan run deeper than just a regional one, with fears that production targets of three per cent annually for FY2020-25, and 1pc annually for FY2026-30 will not be realised if production in South West Victoria does not meet expectations.

"Without implementation of the ADP recommendations 'drift and decline' will continue and there will be no growth in the region," the submission stated.

"Overall, national targets cannot be reached if WestVic is overstated."

One of those responsible for the submission is retired World Bank economist turned Cobden dairy farmer Ian Morris, who told Stock & Land there was more to come.

"We will release a 20 to 25-page document, reviewing and criticising each of the annexes and the Dairy Plan," he said.

"You have just an executive summary of that document, it's by no means complete. Now that we've had the profitability study, which I'm definitely underwhelmed by, it doesn't alter any of these points made here, frankly."

Mr Morris said the branches felt the ADP was unrealistic but emphasised they were far from pessimistic.

"The main point of this paper is that the analysis is not on the table to determine how the Dairy Plan is going to achieve any of its targets," Mr Morris said.

"(They) spent a million dollars, most of it levy money.

"Where is the analysis to show (it) is not setting up the plan for failure by setting targets that are beyond what is feasible?

"We're saying you're setting up the industry for failure.

"We actually believe that you can turn the industry around, but not without addressing the profitability issues that the plan has not."

"Both the situation analysis and the plan itself says that milk price structure with incentives to grow outside of the flush has lowered the profitability of farmers," he said.

"But there is absolutely no analysis of the implications of that statement.

"I happen to think it's true but it's for them to demonstrate - they're doing the plan, not me."

The submission calls for the processors to take some responsibility for lifting farmgate profitability.

"It is our assertion that milk price structure is wholly within the control of processors who should be held accountable for the systematic reduction in farm profitability attributable to price structure," the submission says.

"The ADP only expresses sympathy for processors who have to deal with a shrinking milk pool.

"A pool which is shrinking, at least in a large part, as a consequence of their own decisions on milk price structure."

"Milk price structure/flat milk supply is seen as efforts by processors to improve their efficiency of stainless steel (with consequent issue of reduced farm profitability) and presumably improved profitability of processors," the submission reads.

"There is no economic analysis of whether processors are truly competitive and have an efficient configuration of processing facilities fit for the market and scale or have adequately invested in modern globally efficient technologies.

"The Situational Analysis laments that processors have invested $3 billion over the past five years but that 'reduced milk flows ... are straining production economics of newly constructed plants'.

"Could this be bad investment decisions? It has been obvious for a few years that the milk pool was shrinking, and as the ADP states, flat milk supply/milk price structure has reduced farm profitability and consequently milk supplies (pool).

"With limited and somewhat unrepresentative data, the ADP concludes that 25pc of farmers are profitable across all farming systems and, if only they were more efficient, the industry would be more profitable and grow, while at the same time stating in 2018 the average dairy farmer has earnings before interest and taxes (EBIT) of only $0.66 per kilogram of milk solids - well below the $1.50 that is considered adequate for a sustainable industry."

The profitability paper released as an appendix to the ADP last Friday set a target of 50 per cent of farms achieving or exceeding the profit target of $1.50 a kilogram of milk solids in Earnings Before Interest and Tax (EBIT) in three out of five years.

Speaking after the last DFMP report in September, author Clare Waterman said it was important to remember the report was a survey of just 75 selected farms.

"It's a biased data set, just by the nature of the sample," she said.

"Anecdotally, we believe we deal with the top 40pc of managers.

"This is 75 farms that we sample to see what's happened on those farms - we definitely want to avoid drawing conclusions about farms across the industry."

The farmers surveyed by the project milked an average of 357 cows, making their herds about a third larger than the Australian average. 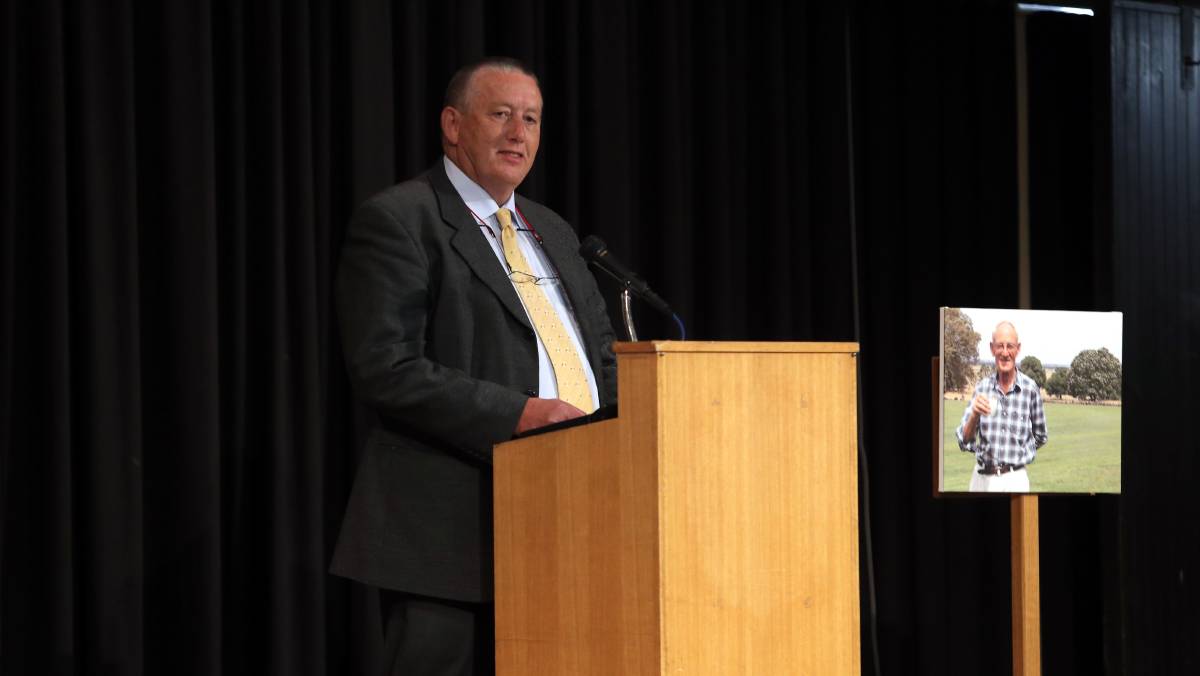 Cobden accountant and dairy farmer Duncan Morris said the DFMP results were no indication of how most dairy farm businesses were performing.

"They've done no real analysis on the farming systems, how they work and how they're going to get to that figure," he said.

"The Dairy Farm Monitor is not representative at all.

"That sample is among the higher achievers in the whole industry.

"They're saying in a report that only 16pc of them are achieving what they are now saying 50pc of all farmers should achieve."

Mr Morris said because the system of accounting used under the DFMP was different to that used by most tax accountants, it was almost impossible to compare the data with that of his client base.

"How it's going to be measured is the other thing. It is an art rather than a science to arrive at that EBIT the way the consultants do it," he said.

"Results for all the clients of a single consultant might be reasonably consistent.