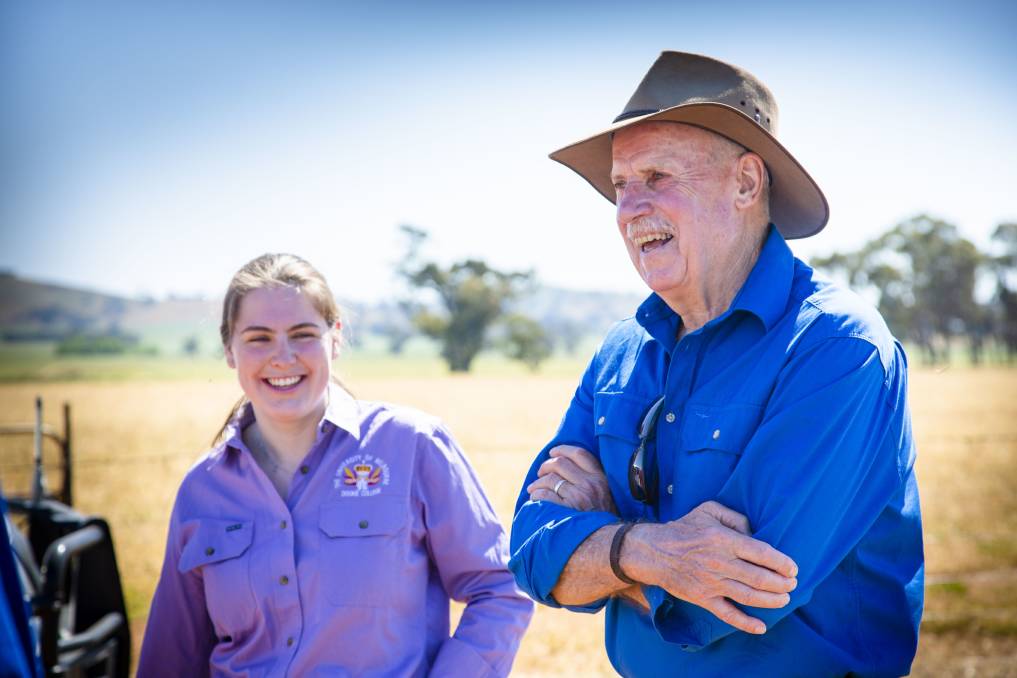 Tim Reeves is calling for a "new revolution" of diversified farming in Victoria.

One of the godfathers of Australia's zero-till farming systems, Tim Reeves is calling for a "new revolution" of diversified farming in Victoria.

The conservation agriculture pioneer and University of Melbourne's professor in residence at its Dookie campus is presenting at the North East Victoria Sire Evaluation field day next month on how farmers can adapt to climatic and economic shocks.

"One of the major thrusts in the North East has been a shift to intensive cropping with mostly canola and wheat rotations but I don't think they are sustainable and resilient to shocks," Professor Reeves said.

"The cropping industry has however adapted markedly to changes in weather patterns but I think there has been much less change and adaptation in the livestock industry."

Prof Reeves said shifting away from industrial-style farming would be based on integrating crops, pastures, livestock, shrubs and trees in a regenerative agriculture framework that incorporated greater soil carbon sequestration and better maintenance of soil health.

A catalyst to this farming revolution was dry conditions in autumn and spring, he said, with some of the lowest rainfall recorded for the last two consecutive years in northern Victoria.

"There is no doubt that if the world is to achieve global food and nutritional security, adaptation of our farming systems to climate change is critical," he said.

He said sustainable intensification was critical both on-farm and across the entire agricultural value chain.

"Diversification of cropping, livestock, pastures, and nutrition. It is a case of not doing everything the same. If everything is the same, you are more susceptible to climatic and economic shocks."

"In 2018 we measured unprecedented overnight temperatures of -10C in late August, if you had only wheat and canola you were wiped out."

Of equal importance was soil health, he said, with poor condition reflecting soil's dependence on water and nutrient efficiency.

He said this linked to the final element which was input use efficiencies.

"Sustainable intensification and the future of farming is highly dependent on fertile, healthy soils and if we are to achieve the dual imperatives of enhanced productivity and ecosystem health then greater attention to our key resource, the soil, is urgently required," he said.

"We have to be able to reduce and operate with less water, whether it is irrigation or rainfall, and less energy-dependent inputs.

"You can't give a recipe to regenerative farming because every paddock, every farm and every farmer is different. Take zero-till cultivating practices, it might have seemed difficult and far-fetched at the time, but we have been there and done this before - and we are doing it again."

He said current systems would not meet the needs for sustainable food and nutritional security, nor the on-farm requirement of enduring profitability.

"I think the reality is that government no longer provides leadership - change comes from communities, influential individuals and industry," he said.

"Farmers have said some of these change messages are difficult to hear but it is in line with their observations. The urgency for change is greater than it has been."