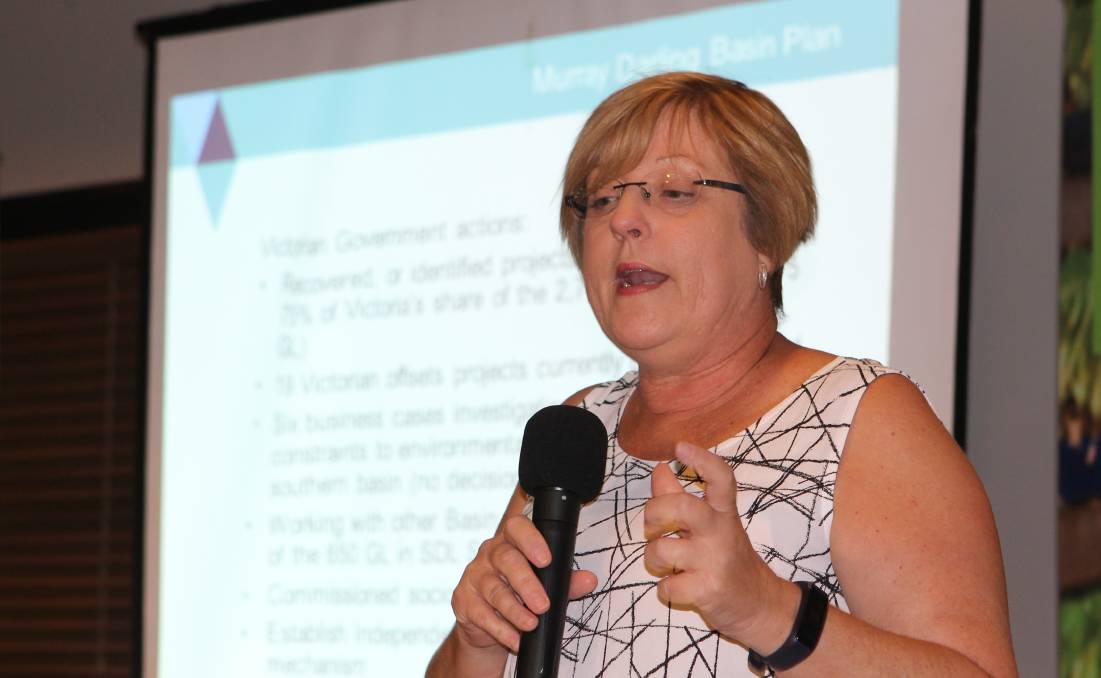 Independent Shepparton MP Suzanna Sheed says Victoria is the only government that appeared to be sticking by the rules governing the retrieval of the 450 gigalitres of environmental upwater.

In December, the federal and basin state governments signed an agreement to send 450GL of environmental 'upwater' to SA.

It is to be recovered through efficiency projects.

"At the ministerial council meeting of water ministers in December 2018 a much lauded agreement was reached by ministers establishing the basis upon which the additional 450 gigalitres of up-water would be achieved," Ms Sheed said.

"The agreement was that there would be no negative impacts on our rural communities.

"It is now apparent that the Department of Agriculture, Water and the Environment has continued to seek expressions of interest to carry out on-farm projects.

Ms Sheed called on the new Federal Water minister Keith Pitt to bring his bureaucrats and SA counterparts into line.

"What's the point of even having a set of rules, of a Murray Darling Basin Plan, of a Federal Water Act, if the only ones who play by the rules are the ones who lose out?," Ms Sheed said.

"Victoria is once again losing out because we obey the law while others flout it.

"It is the responsibility of the Victorian government to police the terms of that 2018 agreement and demand compliance from the other parties."

Ms Neville said she would be taking the matter to her state and federal counterparts.

"I am absolutely aware of the proposals, particularly from South Australia, that are absolutely in breach of the agreement that was reached in 2018," Ms Neville said.

'In my view they are in breach of the law."

"The agreement is actually very clear: you cannot deliver this water if it has a negative impact, and we know that that sort of water recovery, those sorts of projects, will continue to have a negative impact."

Ms Neville said she would continue to be "a strong voice".

"I am confident that the federal minister will continue to back that position that was reached by ministers," she said.

'Whatever I can do -and we are seeking advice about that - to ensure that people comply with our agreement, we will do."

Victorian had a legal obligation to deliver 62GL of the 450GL.

"We will deliver our component," Ms Neville said.

"We have got projects on the table, all of which are beneficial and will not have a negative impact-the Mitiamo project, the East Shepparton project, for example-modernisation projects."

"We are asking for that to be assessed by the ministerial council," Ms Neville said.

" I think it is going to be impossible to deliver without significant damage, but we need to go through the process, which is appropriate, so that people come along with us based on the evidence."

"Water is one of Australia's greatest assets," Mr Pitt said.

"I'm keen to get out in the Basin to spend time listening to people about their concerns and what we can do to practically help them as we implement the Murray-Darling Basin Plan."