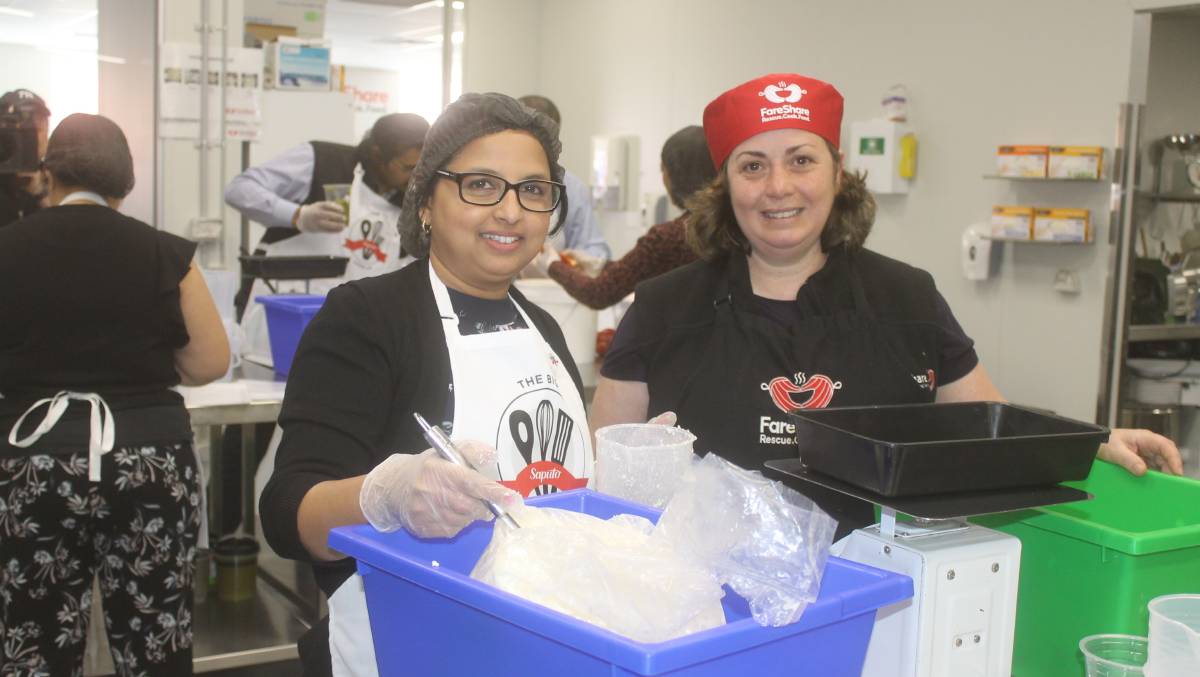 NOVEMBER HELP: Saputo Dairy Australia has continued its community supporrt, this time through bushfire relief donations. In November staff, including Indukala Kuaiyil, here being given a helping hand by FairShare's Kellie Watson, helped cook meals for the charity..

Burra Foods has announced it will donate more than $50,000 to help those affected by the Victorian bushfires.

The money will go to the Victorian Bushfire Appeal.

It includes proceeds from a production run at Burra's Korumburra plant, as well as a BBQ fundraiser and contributions from staff.

Burra Foods chief executive Stewart Carson, said the scale of the fires and devastation at the loss of lives had rocked the entire Burra community.

"The impact on our wider community has been devastating," Mr Carson said.

"Over the next two weeks we will be holding other events to raise money for Wildlife Victoria."

"Unfortunately, Victoria's bushfire season is far from over and it will take many months and even years for communities to fully recover," he said.

Saputo Dairy Australia donated $60,000 worth of products - or 50 pallets of dairy foodss - to Foodbank in December, and early January, for distribution to communities in NSW, Victoria and South Australia.

"MG Trading stores in Orbost and Corryong have also been donating products, where possible, as well as collecting and distributing community donations, made through stores," Supplier Relations director Anthony Cook told farmers.

Saputo had also established a global employee fundraising appeal, through the Australian Red Cross, raising more than $10,000, in the 48 hours since its launch.

Saputo reported there had been no impact on customers or consumers, and direct impact on milk supply has been minimal.

"Unfortunately, some of our suppliers have faced losses, including shedding, secondary housing, fencing, feed and stock," Mr Cook told farmers, in a letter.

"One supplier has also lost their home."

He said Saputo had been able to reach most suppliers, some intermittently, to collect milk.

Saputo's focus remained on gathering information, to understand the ongoing needs and impacts on affected suppliers.

"We will continue to action practical support, for them."

A Saputo spokeswoman said Saputo would match every donation made by Saputo employees, worldwide, to the Australian Red Cross Disaster Relief & Recovery Fund, dollar for dollar.

"With bushfires devastating many parts of Australia, our thoughts are with those whose homes, businesses and loved ones have been impacted, as well as the brave individuals who continue to fight these fires," the spokeswoman said.