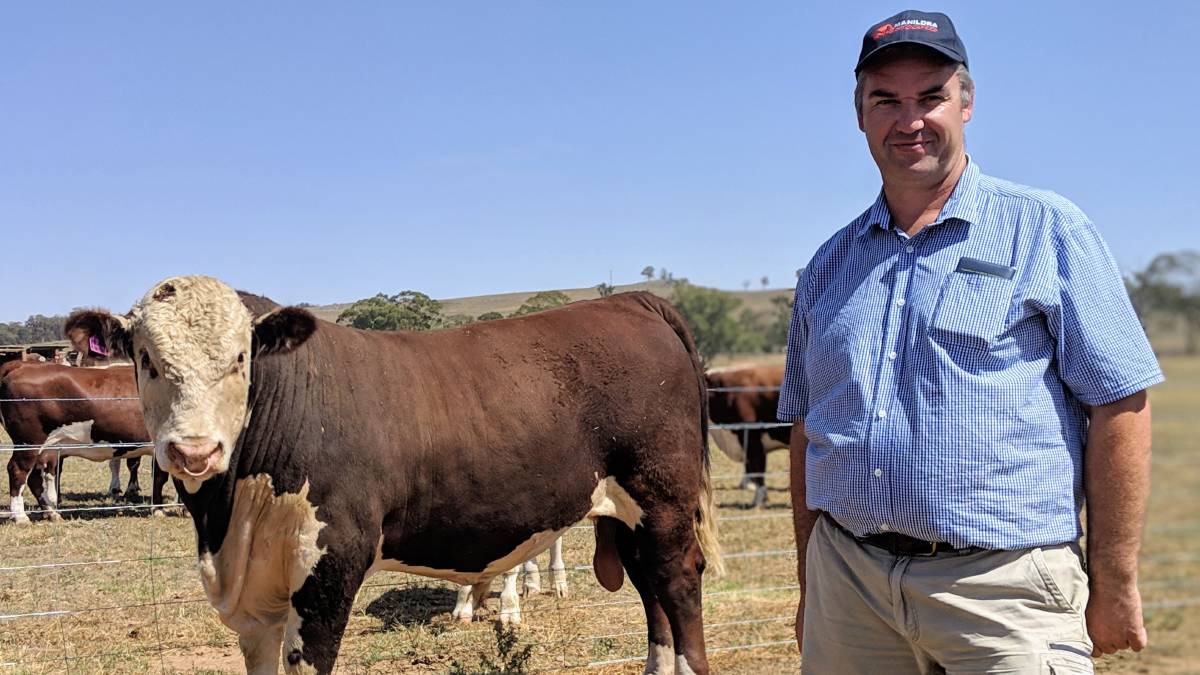 Graham Herefords and Limousins principal Jason Graham said the stud was focused on breeding females and investing heavily in an embryo program to increase stud numbers to 100-120 Hereford cows and 60 Limousin cows.

New Zealand seed stock producer Jason Graham is using embryo transfers from what he believes are some of the country's top cows to establish a champion herd.

Lured by a job opportunity in the meat industry, Jason and Jody Graham, together with their three year-old daughter Evie, moved to Australia in 2016 and established Graham Herefords, at Cootamundra, NSW.

The stud's breeding nucleus was founded on 12 elite cows purchased from the Sykes family of Mawarra Herefords at Longford, which included daughters of two elite cows who had produced more than $600,000 in bull sales.

"That is no fluke," Mr Graham said.

"We selected them because of their strong cow lines and believe they are some of the best in the breed; that is where are starting, with the best."

It's breeding but in the fast lane, he described it, shifting gears from their approach using physical joining and waiting for breeding advancements that can take generations.

The shift in breeding mindset is being backed by major investments, relying on the profits from 65 stud cows sold in NZ to purchase just 12 Mawarra Herefords.

"In NZ we learned that breeding can be slow, generational and inconsistent, with a lot of hit and miss," he said.

"It's amazing when you run a line of cows in the same environment and on the same feed but at weaning there is a 100-kilogram difference in calf weight.

"That difference comes down to genetics and it signals that not all cows are equal.

"Fundamentally our philosophy is about the females and breeding success is based on those matriarchs."

Graham Herefords run a breeding herd of 80 cows, across 223 hectares, of which about 30 females are stud registered.

They are transitioning to a full stud herd and introduced the Limousin breed to the stud offering last year.

This approach to genetic development has seen the stud go head-to-head with the industry's best, and win.

In 2018, Graham Herefords won calf champion bull at the Sydney Royal Easter Show during the Hereford feature breed competition, with four of the stud's team receiving a sash.

An international judge went on to sash the young bull supreme at the Cootamundra Show that same year.

Their breeding success is set to continue with sons of Mawarra Evolution, purchased by Graham Herefords for $32,000 at the 2017 Herefords Australia National, selected for this year's sale.

Within five years, the Grahams aim to hold an on-property sale, offering both Herefords and Limousin bulls.

"Our short-term goal is to get high quality females on the ground to present a line of 35-40 bulls of consistent quality, type and performance that we think the industry wants, and needs," Mr Graham said.

"We're investing heavily in the embryo program to get our numbers to 100-120 Hereford cows and 60 Limousin cows."

The Limousin breed was chosen for the normal terminal breed traits, as well as the docility and temperament of the cattle compared to other terminal breeds.

"There are very few free lunches when it comes to productivity in commercial beef production other than hybrid vigour," he said.

"We understand that some of the most productive cattle are crossbred but to create that you need a pure breeding base.

"I liked the Limousin infused with Northern American genetics.

"There is a softness to the cattle around the constitution and ability to perform in Australian farming environments."

The stud will open its gates for Stock & Land Beef Week on the first day of the event.

They will be open alongside 21 other beef studs in the southern New South Wales region.