Bill and Hannah McKillop are continuing with plans to improve their property despite the dry conditions. 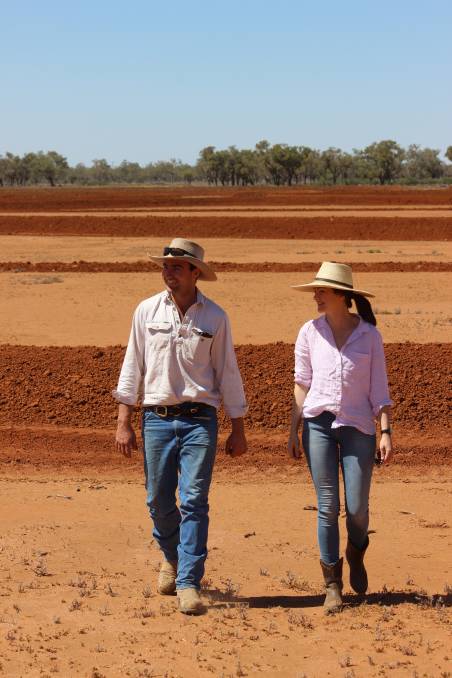 When widespread rain does finally arrive, Cunnamulla wool growers Bill and Hannah McKillop will have an extra reason to celebrate.

The young couple have been busy with a project they believe will significantly boost the productivity of their 18,200ha property, Avondale, 100km south of Cunnamulla, and they're keen for a decent fall of rain to gauge its success.

"What we are trying to do is regenerate some of the scalded clay pan country on our property with ponding banks," Bill said.

"We accessed a couple of grants and have been able to do a trial area that is 1500 acres and 500 ponds."

Bill was keen to trial the idea at Cunnamulla having seen it successfully improve groundcover on his family's home property in the Marra Creek district of western NSW.

"It's something that has been around since the 1980s and is now a proven concept," he said.

"It's been shown to take country with 25 per cent groundcover to 90pc. The idea is that the banks hold water for longer periods of time, instead of it just running off. Over time it changes the whole soil structure." 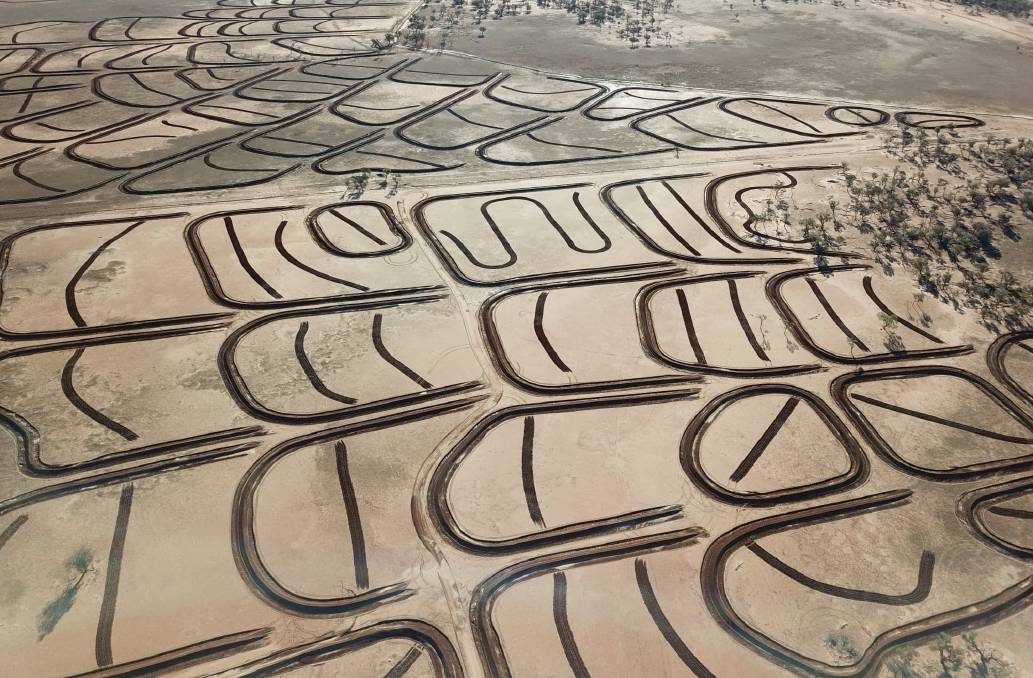 An areial shot of the ponding system on Avondale.

Bill and Hannah turned to ponding guru Ray Thompson to assist them to survey the country and design the ponding system.

Mr Thompson is widely respected for his work in the field and has decades of experience building ponding banks across Australia.

Once he had the plans, Bill was able to build the banks himself using a grader.

The contours were also seeded to Old Man Saltbush and Mitchell Grass.

Bill finished the work in August and the couple held a field day to showcase the project to neighbours.

"There were a few jokes about buggering up a good paddock in terms of mustering," Hannah said.

The McKillop's ponding project is just one example of how many landholders are continuing with plans to improve their properties despite the ongoing drought. 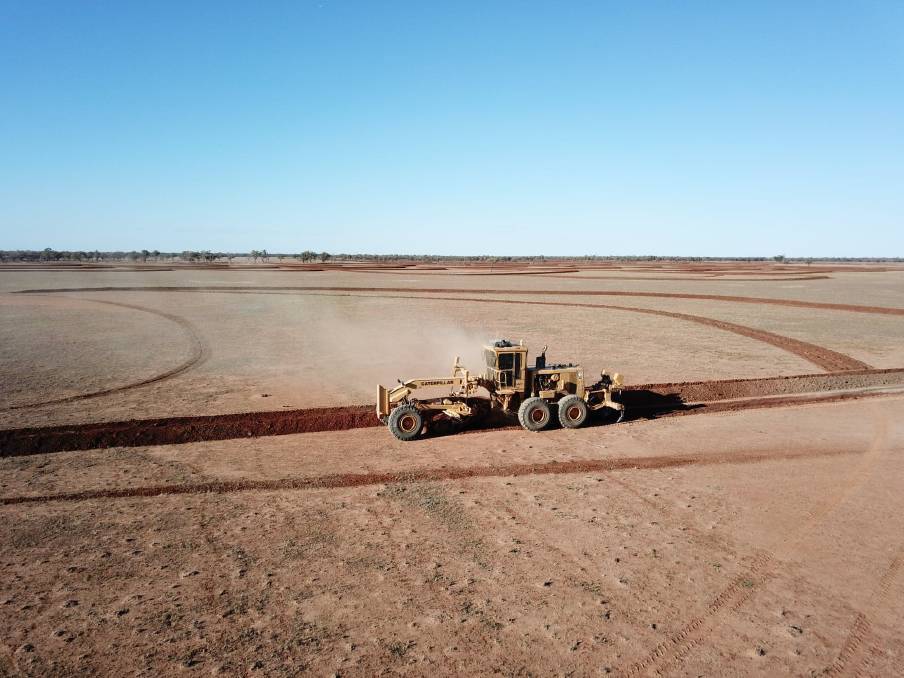 The past few years have been tough going for the McKillops, who purchased the property in the thick of the drought in 2017.

"Land prices were skyrocketing at that time and we thought there was a good opportunity here on Avondale," Bill said.

The couple purchased the property inclusive of a flock of 3800 Merino ewes producing a 17 micron wool clip.

Bill and Hannah are slowly transitioning to a broader fleece and hope to eventually produce around 21 micron wool.

"The sheep that were here have served us well because they are used to the conditions and they have proved to be tough," Bill said.

Avondale is located within a region known as the Cunnamulla 'salad bowl' but it's been a while since the district lived up to its reputation for growing vast tracts of feed.

However, the McKillops were thrilled to receive 125mm across the property in April this year, followed by another 20mm in May.

Up until that point they were feeding heavily and although grateful for a few months respite, Bill said the expensive work of feeding was about to start again. Bill and Hannah McKillop and their son Edward.

"We had been feeding faba beans and corn - whatever we could get our hands on," Bill said. "We'll start that again now."

Bill said the April and May rain had played a major part in boosting their recent lambing.

"The rain also really picked them up for shearing in late May," he said.

"There wasn't really a break in the wool."

Avondale is located within the Woodstock Cluster fence - a massive exclusion fence that incorporates five properties and 270,000ha. Merino ewes and lambs on Avondale.

Bill said wild dogs were just becoming an issue in the district when the fence was built.

The McKillops are just one of a handful of young couples who have recently moved onto properties in the Cunnamulla district.

They said there was a great deal of optimism among the group about the future of the district.

"There seems to be something happening out here every weekend," Hannah said.

"There are a lot of us who are the same age and at same stage of life and it's just great to be in a community where everyone looks out for each other and gets along." The story Digging up the 'Salad Bowl' first appeared on Queensland Country Life.