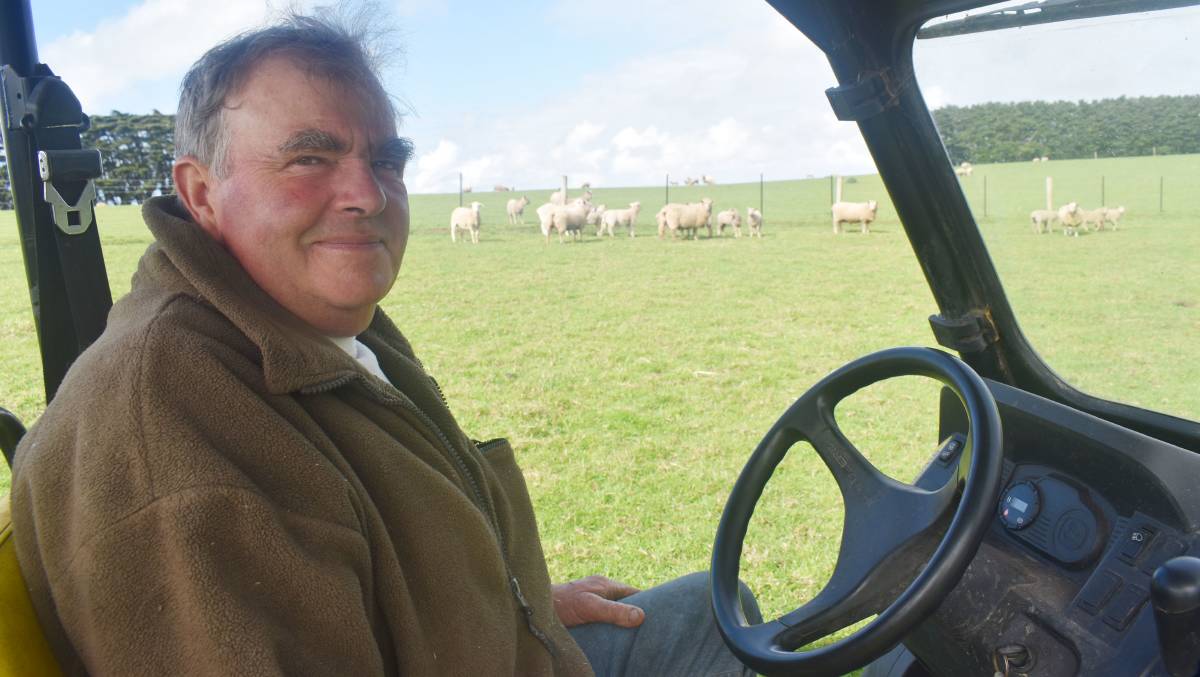 Three life-changing moves and you're finally where you want to be - that's the experience of Kevin and Gina Feakins.

Most farm operators don't go through one destructive event in their lifetimes, the Feakins went through two, or three if the outbreak of horse flu is taken into account.

The first was the outbreak of foot and mouth disease that engulfed their farm and family home in Hereford in the United Kingdom.

The second was the drought that hit their farming business in the normally safe rainfall area of Glencoe, south of Glen Innes, in northern NSW.

The drought brought on the third life-changing experience, the shift of their animals, machinery, farm equipment, tools and household goods - lock stock and barrel - 1600 kilometres to the south coast of Victoria.

The family's journey began when Mr Feakins said carrying out their farming business in the UK was becoming more difficult after the FMD outbreak in 2001.

"We were running sheep and beef cattle and live sheep exports to Europe from the UK," he said.

It was the live sheep exporting that attracted the attention of animal rights activists and the government which was against the practice.

The Feakins were exporting 12,000 to 15,000 live sheep each week to destinations such as Germany, France, Italy and Spain.

The sheep were bought at markets across the UK, initially as store lambs for crop producers across France, and then growing to include abattoirs.

Mr Feakins said the scale of the operation saw them shear 160,000 lambs over a period of a few weeks for export.

He said their farm was the 11th farm to be shut down, which lasted from February to November and all their livestock destroyed.

"My wife and I couldn't leave the farm, even to do shopping," he said.

Mr Feakins said all the farm equipment, sheds, tools, fertilisers, sprays and more, were buried on the farm.

He said the burial of much of the items was illegal and contaminated their land and the groundwater.

After a long legal battle that lasted more than six years, the case was settled in the Feakins' favour.

The experience prompted the Feakins to move to Australia.

In 2007 they had already visited Australia and had identified areas that suited their farming business and as soon as the case was settled they made the move.

Having traveled to the other side of the world, the Feakins thought Glenn Innes looked most like a lot of English countryside, safe rainfall and good soils.

The house dogs and 40 to 50 horses followed.

The horses were registered animals owned and bred by Gina Feakins and included her Watermark Gypsy Cobs and Llancloudy Fell ponies.

Mr Feakins said that after travelling around, they kept being drawn back to the area.

The seasons were always "brilliant and the grass just grew and grew", he said.

"As long as you could conserve enough fodder - silage and hay - during summer to feed animals through winter, you could carry quite a heavy stocking rate," he said.

"Up until 18 months ago the rainfall had been reliable."

In late spring of 2017, the season began to change.

While the impact of FMD was destructive for their farming business and lives, the experience of drought was far more difficult, Mr Feakins said.

"It started to go dry and everything we planted died," he said.

"Then the forecast was for a wetter than normal spring so we planted again and it didn't happen and that all died."

Mr Feakins said it was hard to comprehend drought until he experienced it.

"It's very soul destroying and draining of all your efforts and motions," he said.

"Even when you are feeding stock their health slowly gets worse and worse.

"We only saw the tip of it though."

He said it they worked seven days a week just trying to keep animals alive.

"You keep reducing your numbers thinking that it will be alright," he said.

"But every six weeks we'd reassess and then reduce numbers again and again.

"In the end we would have had to get rid of absolutely everything."

A cow could eat its value in six to eight weeks, he said.

Selling young breeding stock was "totally against the grain" and "really upsetting".

Mr Feakins said the non-native trees they planted in 2007 started to die.

The dams started to dry up and what remained needed to be kept for the animals.

The experience taught him to be more humble and understanding of the people in the drought areas.

"It's also the towns that get strangled when farmers stop spending," he said.

"Farmers cease spending, they tighten their belts to survive."

By late 2018, the Feakins' made the decision to move to an area they had found near Warrnambool.

"We decided to put the place on the market and downsize," he said.

They purchased a 105-hectare dairy farm at Cudgee, about 20km inland from Warrnambool, and in May started the move.

The Feakins "trimmed" their livestock numbers, retaining all of their young ewes that were in lamb.

Two B-doubles of sheep only were sent south, along with a B-double of sheep and cattle.

There was also an assortment of trucks carrying horses.

The Feakins purchased five shipping containers that were loaded with everything from the place.

Two low-loaders were used to transport farm equipment and machinery.

"We didn't hold a sale, we sent everything," Mr Feakins said.

First priority was to re-fence the former dairy farm.

"Secure fencing for our sheep was important because we are Brucellosis accredited and the existing fences were single and double wire electric fences," he said.

Mr Feakins said more than 18km of fencing was needed as well as the hanging of 200 field gates.

There got permission to start fencing and sowing crops before the possession date.

"We started lambing down outside. It seemed to rain every day - totally different to where we had been," he said.

Mr Feakins remained a firm believer in lambing his sheep inside to protect them against poor weather.