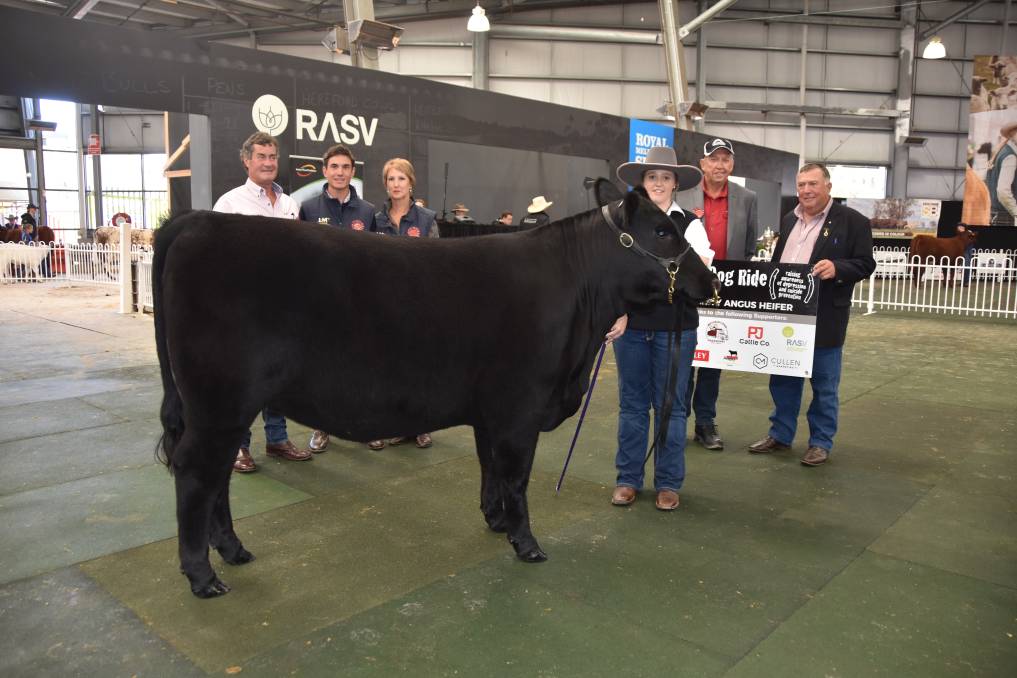 Funds from the Melbourne sale of a WA Angus heifer will go to a mental health charity.

Mental health charity the Black Dog Ride's coffers have been boosted by another $26,000, with the auction of a Western Australian Angus heifer at the Royal Melbourne Show.

Tony Golding, Little Meadows Angus, Dardanup, WA, said he was pleased to offer one of his heifers for the auction

The sale was part of the Royal Melbourne Angus Feature Show.

"A big drive for me, behind this, was depression and suicide, in rural Australia, with what's going on with the drought," Mr Golding said.

He said he was also moved by the plight of the dairy industry.

"The hardship it has put on livestock producers and their families is immeasurable and sadly its ongoing," Mr Golding said.

Wilcoola was given the tag Clementine 6, after the wife of the late British Prime Minister, Winston Churchill, who coined the phrase "the Black Dog", when referring to depression.

Peter Milton, Black Dog Ride said the fundraiser began as a one off, when he sold steers at the Perth Royal Show.

Black Dog Ride began in 2009 to raise awareness of depression, evolving into a national charity involving thousands of Australians.

"We raised about $8000 and it was supposed to finish then," Mr Milton said.

"I have met people who have admitted to me they have had an issue, before they have told anyone else."