Mergers, innovation and consolidation are the "mature, sensible" way for media companies serving regional Australians to survive and thrive.

That's the verdict of Australian Community Media co-owner Antony Catalano, who has declared "the new ACM is open for business" after sealing a deal to strengthen one of the regional publisher's 14 daily newspapers.

Under an agreement announced in Bendigo on Friday, the owners of the Bendigo Weekly will merge their free weekly newspaper into ACM's paid daily, the Bendigo Advertiser. ACM co-owner and executive chairman Antony Catalano said the Bendigo merger was "an example of the kind of decision-making that should go on in regional media".

It's the first strategic move by Mr Catalano since the former Domain CEO took control of ACM on July 1.

"We've acted quickly and decisively because we know that Bendigo's two most trusted sources of local news and advertising will be much stronger together," he said.

"We are proud to be acting with local players to strengthen local media. This collaborative approach will give us a good product for a long time to come.

"It's a mature, sensible way to protect these businesses and an example of the kind of decision-making that should go on in regional media." 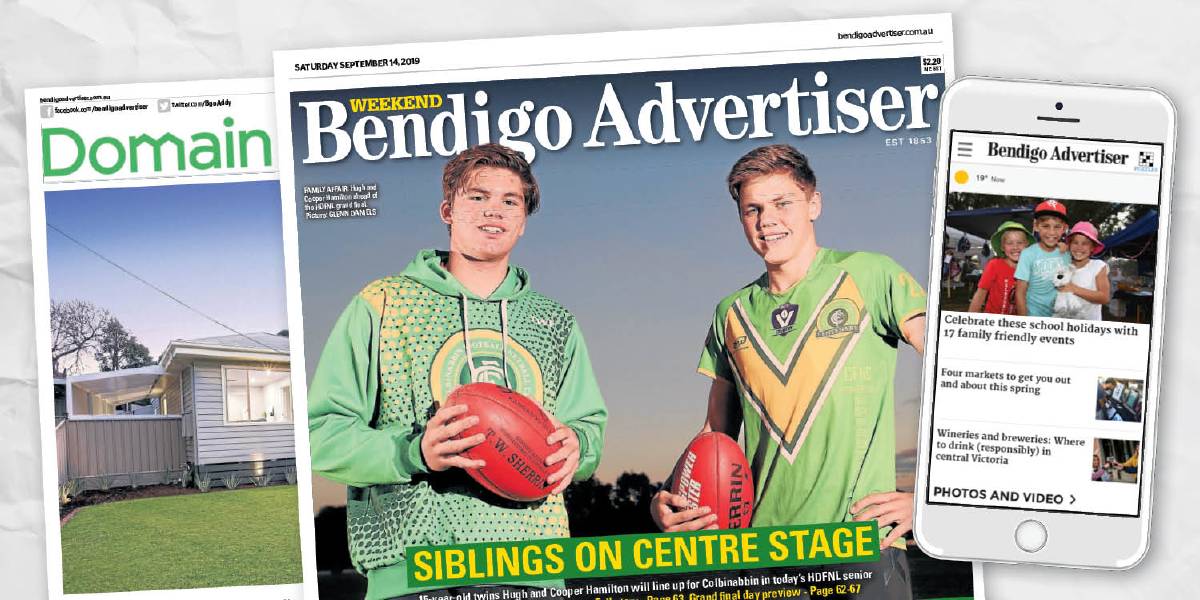 STRONGER TOGETHER: The owners of Bendigo Weekly will merge their free weekly newspaper into Australian Community Media's paid daily, the Bendigo Advertiser.

ACM's executive chairman, Mr Catalano spent 26 years with Fairfax Media and led the property listings portal Domain for four years as CEO, including through its 2017 spin-off from Fairfax.

"We're proud to be taking a positive approach to the challenges in regional media, and we'll continue to lead the way with innovative solutions like this," he said.

"It's an example of the spirit of collaboration that regional media needs so that we are better positioned to invest and grow even stronger. We're going hard at growing this business."

Mr Catalano described the Bendigo merger as a "compelling opportunity to secure a sustainable future" for quality local news in regional Victoria and to build on the Bendigo Advertiser's rich 166-year history.

"Once new ownership commenced for ACM, the owners of Bendigo Weekly were of the view that long-term sustainability was best-served by doing what should be done around the country, which is consolidation of media assets," he said.

"They recognised that the community we serve is better served by us being connected. Bendigo readers will have a product that resonates even more with the community. And our advertising partners will have access to a highly engaged paying audience who are supporting the local news source they trust." QUALITY FOCUS: The Racer, by Bendigo Advertiser photographer Darren Howe, is one of a number of Australian Community Media finalists in the 2019 News Media Awards.

As part of the merger, Bendigo Weekly is expected to be retained as a dedicated liftout within the Bendigo Advertiser's Saturday edition.

In a boost for property buyers and sellers across central Victoria, Bendigo Weekly's popular real estate liftout will be combined with the Advertiser's gloss Domain weekend homes guide and inserted in the Advertiser on Fridays and Saturdays.

The new-look print products are expected to be launched next month.

"The result will be a stronger offering for readers, advertisers will have access to the very best platform to promote their goods and services and we build a more sustainable business to be able to continue serving the community," Mr Catalano said.

"We're proud of the efforts of the Weekly team and everything we have been able to achieve for our customers, readers, shareholders and the broader community over the past 22 years, and we're confident that success will continue," Mr Ketterer said.

The Bendigo Advertiser was founded in 1853. Some 500 copies of the first edition of the single-sheet "Bendigo Advertiser and Sandhurst Commercial Courier" were printed and distributed on the goldfields on December 9, 1853.

The ACM stable of daily mastheads also includes The Canberra Times, Newcastle Herald,The Border Mail, The Examiner in Launceston, The Courier in Ballarat and The Standard in Warrnambool.

With more than 160 news brands publishing online and in print, the ACM network stretches into every state and territory and includes such agricultural titles as The Land in NSW, Stock & Land in Victoria and Queensland Country Life.

ACM chief executive Allen Williams said consultation with Bendigo staff and customers and planning for the integration of teams and products was now under way.

"At the completion of the merger, the Bendigo Advertiser, Bendigo Weekly and the combined Domain real estate guide will be well-placed to serve the needs of Bendigo into the future," he said.

In addition to distribution in the Friday and Saturday editions of the Advertiser, Bendigo's expanded Domain property guide will also be accessible online for free at bendigoadvertiser.com.au, and print copies will be available at selected pick-up points around Bendigo. 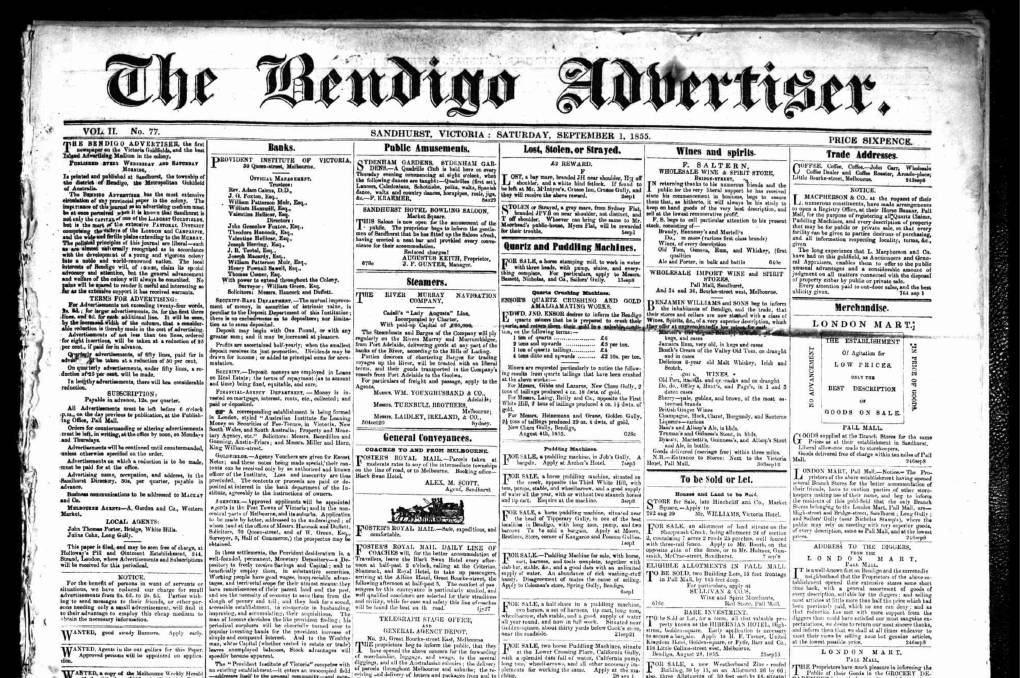 RICH HISTORY: The Bendigo Advertiser from September 1855. The first edition was published on December 9, 1853, and some 500 copies were distributed on the goldfields.

The free print edition of Bendigo Weekly will no longer be distributed direct to homes. It will be available to read for free at bendigoadvertiser.com.au.

Mr Williams said the Bendigo Advertiser's loyal print readers and online audience, including a growing number of digital subscribers, would benefit from the expanded local content.

"Print and digital audiences can expect more great reading at the weekend with the Bendigo Weekly's emphasis on essential community news, plus enhanced coverage of the region's real estate market in Domain," Mr Williams said.

Sign up here to receive our Voice of Regional Australia newsletter.