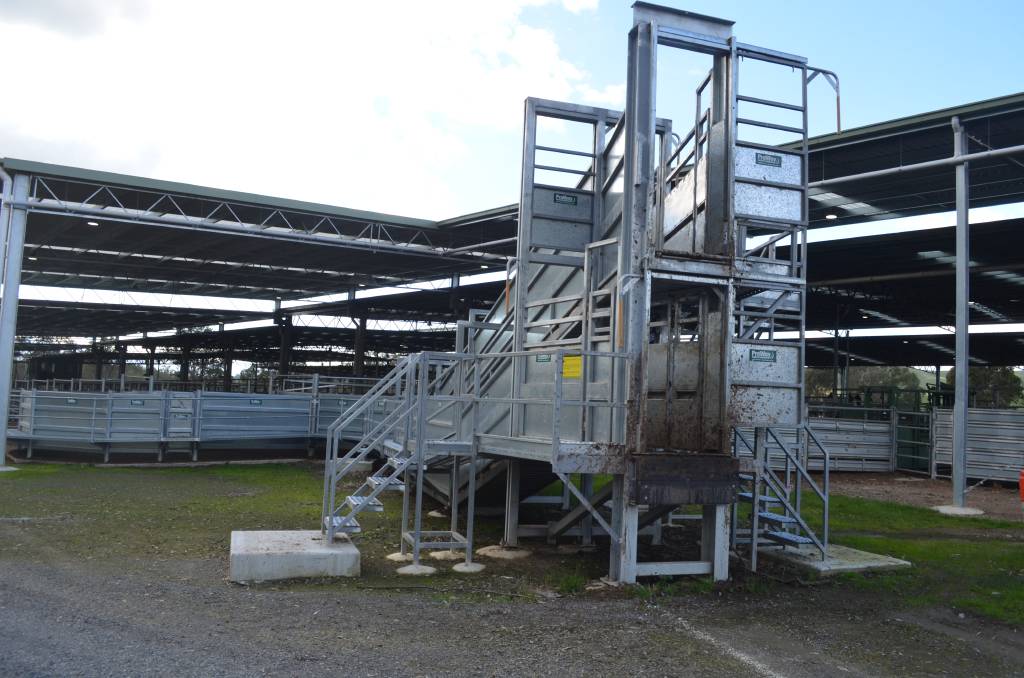 AWARD WINNING: The fixed double deck loading ramp at the Yea Saleyards received the Shane Knight Memorial Award at the Livestock and Rural Transporters Association of Victoria conference on Saturday.

The fixed double deck loading ramp at the Yea saleyards received the Shane Knight Memorial Award at the Livestock and Rural Transporters Association of Victoria conference.

Murrindindi Shire mayor Sandice McAuley accepted the award on behalf of the Council and the Yea Saleyards Committee of Management at the Livestock and Rural Transport Association of Victoria 2019 Conference held in Bendigo.

"Agriculture has always been, and remains, a cornerstone of Murrindindi Shire's economy. Council is proud to invest in the future of the industry, and even prouder to safeguard those women and men who work in it," Cr McAuley said.

"In 2012, we began a journey. It started as a relatively humble project to develop the Yea Saleyards into an 'all-weather facility' with water harvesting infrastructure.

"This investment saw a 30 per cent increase in the number of cattle sold through the yards within two years, with purchasers coming to Yea from as far afield as northern NSW, the Western District of Victoria and South Australia. We believe this is as much a result of the consistently high quality of cattle grown in and around Murrindindi Shire, as the safety, functionality and comfort afforded to people and animals alike by the saleyards facility itself.

"In 2016, we began Stage Two of the Yea Saleyards Development, thanks to the Australian Government's 'National Stronger Regions Fund'.

"Completed in 2018, Stage 2 involved the addition of 36 holding pens with roofing, livestock scales and, of course, our much-loved fixed double deck loading ramp. This latest development increased yard capacity and has enabled us to hold up to 4500 head at any given time, which has proven especially beneficial during our weaner sales.

"The fixed double deck loading ramp not only helps us ensure the safety of drivers and animals during loading at the Yea Saleyards, but it facilitates efficiency of loading which improves the experience for drivers, cattle, producers and buyers.

"Together with the other safety and functionality upgrades that were part of the site's redevelopment - including the truck parking area, water to all pens, NLIS scanning and weighing facilities, just to name a few - we have a truly premiere saleyard. It's an asset we should all be proud of."

Cr McAuley thanked the Yea saleyards committee, local volunteers, who had worked for the continuous development of the facility, and promoted its value to the agricultural industry and the local community.