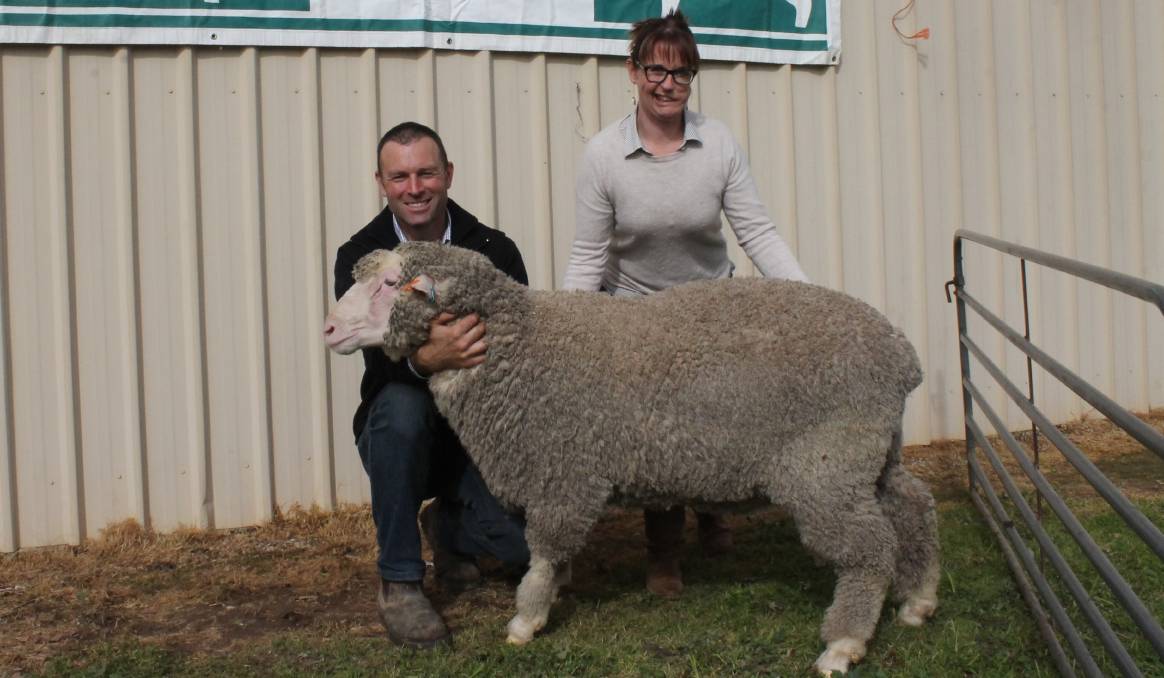 STRONG competition for rams at the North East Merino ram sale resulted in a top price of $4750.

"There was good competition with a number of new buyers operating," Mr Hynam said.

The top price was for a Toland ram purchased by Lyndon and Sharon Kubeil, Violet Town, for $4750.

Mr Kubiel was looking for moderate to early maturity and was impressed by the ram's carcase quality having growth, fat and muscle while maintaining good wool type.

The Kubiels have been purchasing rams from Toland for 20 years, and also purchased a second Toland ram for $4500.

"It was a very good sale that was up on last year's result with strong competition for a good line-up of rams," Toland stud co-principal Simon Riddle said.

Mr Hynam was happy to sell to new clients.

The McKenzie family, Kilfeera Park, averaged $2071 for seven rams to a top price of $3250 to McCulloch Pty Ltd, Deniliquin, NSW.

Pre-sale data collected on sale rams was used to assess the 50 rams offered.

In an effort to promote the all-purpose attributes of the Merino rams, visual and objective assessment of wool, meat and reproductive traits were used to identify rams with superior qualities.

Points were awarded out of 25 for objective carcase and wool characteristics as well as visual carcase and wool traits focusing on structure and quality to achieve a total score out of 100.

The award for the sale ram with the highest points scored for wool, went to Koole Vale stud, Costerfield.

Local north-east producer Michael Downie, Euroa, was the largest buyer at the sale.

The breeder took home three rams from the Bindawarra and Kilfeera Park studs.

Tim Cavill, representing Fox Pastoral, Merton, was one of 12 buyers to buy two rams; both rams came from Toland and topped at $3750.

Fox Pastoral had been using Toland genetics for 10 years.

Mr Cavill said he was attracted to the rams' dual purpose attributes.

He said it was good to see the ASBVs being supported as the figures were providing more accurate information to buyers.

Anvil Angus, Acheron, used a $400 prize to put towards two rams from Hynam.