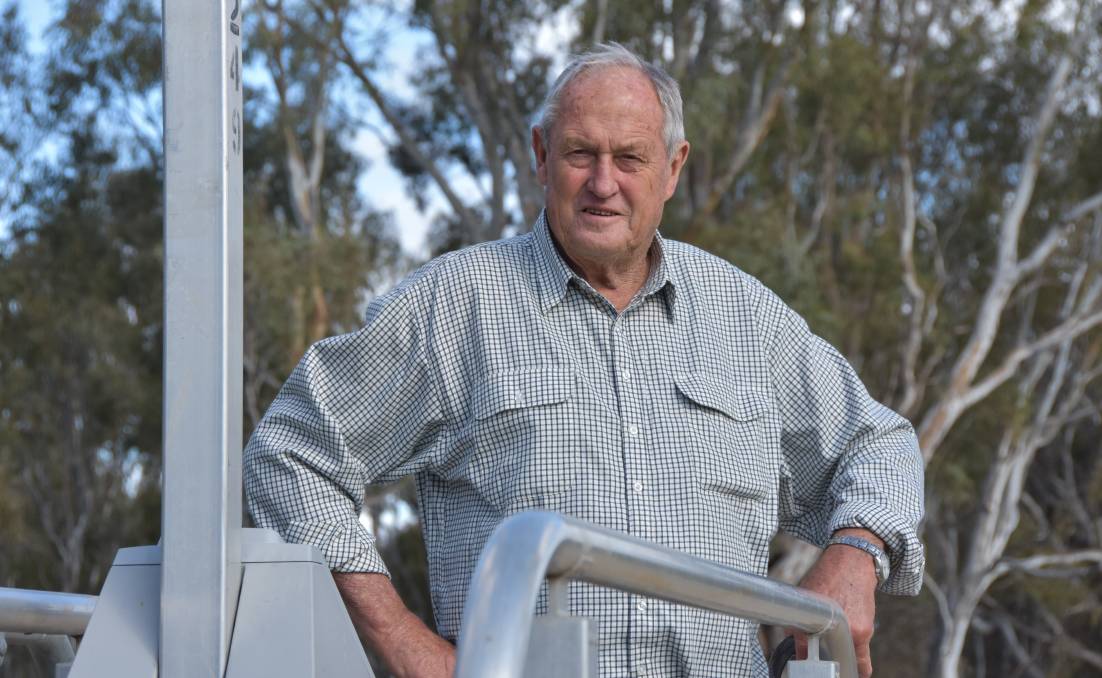 Water Minister Lisa Neville announced the government was protecting the environment and water entitlement holders against the negative impacts of increasing water extractions below the Barmah Choke with a new licence review process.

Ms Neville has directed Lower Murray Water and Goulburn Murray Water to refer all licence applications in the Sunraysia region to her for assessment, for the next 12 months.

No new licences for extraction will be issued, or limit increases granted, unless it can be shown that there will be no increased risks to the environment or entitlement holders.

"If they are going to do more development, it's got to come back to the region, where the water is leaving from," Mr Maxted said.

"We have been begging and begging for five or six years, telling them there has to be a limit on the amount of water that goes down the river."

There were issues with water leaving the region, whether it be for crop or livestock operators, or dairy.

"It doesn't just happen with dairy; it happens with the people who supply the dairy farmers with cereal, grain and hay.

"It's going to have an impact on everybody."

Mr Maxted said the growth in olive production, in the Loddon area, showed it was possible to bring horticulture back to the region.

"That's where they should be doing their development."

Waaia dairy farmer Mark Bryant said irrigators had been told six months ago, there was a looming problem.

The independent Aither report, commissioned by the government, found that the current irrigation demand for horticultural plantings in the Southern Basin was 1,230GL GL a year.

That was expected to increase to 1,400 GL when the plantings reached maturity.

"I don't know what the impact will be, will it affect trading, or how much goes out of the market?" he said.

"You would have to say, if there are restrictions, it's going to have an effect, somewhere."

Mr Bryant said it might be "too little, too late.

"Has the horse bolted? Time will tell.

"But they have acknowledged there is a problem; before now everyone was throwing it in the too-hard basket."

He said logic dictated channel capacity meant only so much water could be transferred down the river.

"If I buy a block of land on a channel and I want to use 3000 megalitres on that channel, that's its capacity.

"Why is a river system any different?

"The Barmah Choke has a certain capacity, and you can't just keep trading water downstream if you can't deliver it."

Mr Bryant also took to social media, to talk about the unbundling of land and water.

"There's no more water on the market, but a lot more fingers in the pie," Mr Bryant said.

"As an owner of water, it's great that the price keeps rising for me

"But if we stop thinking about ourselves, and think about the broader community, it's terrible."

Tongala irrigator Peter Hacon said it was a step in the right direction.

"It's about the volume of water going down the river, not so much the licences," Mr Hacon said.

He said the minister had seen, at first hand, some of the damage being done by pushing too much water down the Goulburn and Murray Rivers.

But he said there needed to be a permanent solution, based more on volumes transmitted down the river, than the issuing of licences.

The Victorian Farmers Federation has applauded the decision.

"This is fantastic news for farmers and river communities that rely on the health of the Murray River," VFF Water Council chair Richard Anderson said.

"I thank Ms Neville for listening to the concerns of farmers and for her leadership in protecting the river.

"Victoria is now leading the Basin States in prioritising the health of the River and protecting the industries that depend on it.

"It is critical that New South Wales and South Australia take action now so we can collectively put a pause on the rapid expansion of water licences, review water trading rules, and then decide how to move forward in a way that protects everyone."

He said careful management of water licences in the lower Murray would not only protect irrigators in that section of the river but also farmers in the Goulburn Murray Irrigation District, who have had a large amount of their water traded downstream.

Key Water's Anthony McCloskey, Griffith, said there appeared to be a lack of clarity around the minister's decision, as it was not a freeze on licences.

"People should be very clear about that," Mr McCloskey said.

"But I am not surprised to hear about it, put it that way."

He said development decisions were complicated by the fact they involved working across so many jurisdictions, including the Murray-Darling Basin Authority, federal, state and local governments.

"Local government can only work on what they are told," Mr McCloskey said.

"If there are issues with supplying water to those developments, that falls back on the developer and what due diligence has been done and what information has been provided."

He said the full consequences of the decision would not be known until the 12 months was up.

"That will be a wait and see, more than anything else."