Water Minister Lisa Neville will assess all Sunraysia irrigation licences for the next 12 months. 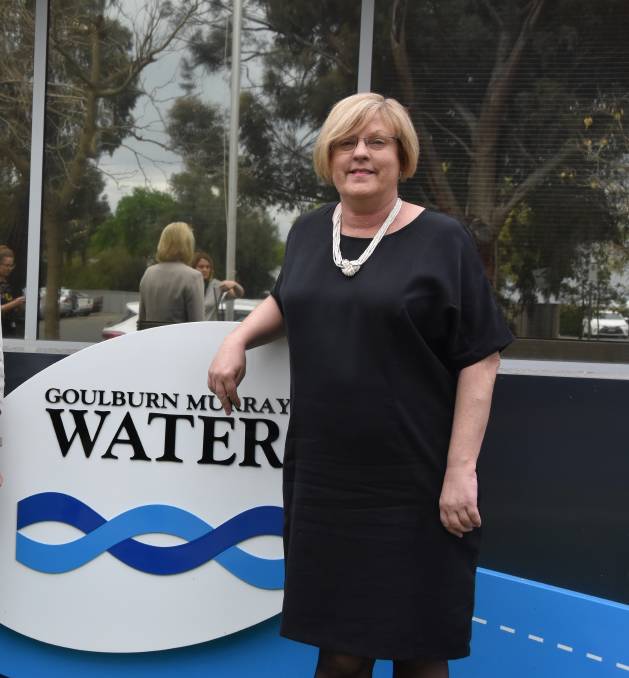 IRRIGATION FREEZE: Victorian Water Minister Lisa Neville has directed Lower Murray Water and Goulburn Murray Water to refer all licence applications in the lower Murray region to her for assessment for the next 12 months.

The government has placed strict conditions around new irrigation extraction licences and increases in water take limits in the region.

Ms Neville has directed Lower Murray Water and Goulburn Murray Water to refer all licence applications in the region to her for assessment for the next 12 months.

The change is effective immediately.

No new licences for extraction will be issued or limit increases granted, unless it can be shown that there will be no increased risks to the environment or entitlement holders.

"Each application needs to be assessed on its merits, but given the issues we have around availability and environmental impact it would be unlikely any new licences would be issued, in that 12 months," Ms Neville said.

"We have to make sure the risks to the environment and Victorian entitlement holders don't increase due to more extractions - that's why I will personally review all licence applications for the next year.

"This action is part of a coordinated push to improve water markets and trade rules in Victoria - including making sure intervalley trade settings in the Goulburn are appropriate and protect the environment."

The Victorian Farmers Federation and Almond Board of Australia have both called for limits on further irrigation developments along the Murray River.

Both groups want a moratorium, pending a review of the system's capacity to support more development, without adverse third-party or environmental effects.

Ms Neville said she had introduced the new measures to protect the environment and water entitlement holders, against the negative impacts of increasing water extractions below the Barmah Choke.

Ms Neville said the recently released Aither Report had indicated the region was close to reaching the limit of water available to it.

The report, 'Water supply and demand in the southern Murray-Darling Basin' was prepared for the Department of Environment, Land, Water and Planning.

It found horticultural crop demands in the southern Basin were higher than previous estimates and would continue to grow, as existing plantings mature and new developments occur in NSW, South Australia and Victoria.

The report found 95per cent of horticulture in the southern Basin was in the lower Murray region and accounted for a large proportion of total water use in that area.

Ms Neville said it was a new approach, to deal with the challenges faced by increased demand.

"It recognises we have very serious issues with water availability, in the Lower Murray," Ms Neville said.

"The last couple of seasons have shown us how stark those issues are," Ms Neville said.

Ms Neville said the report had shown the demand for horticultural irrigation water was outpacing predictions.

The last few seasons had shown how stark the issues of availability and degradation were.

"Every single week, we are getting more applications.

"We have to put this in while we discuss the issue and look at a long term solution," Ms Neville said.

She said there were already licence applications in place for 20Gigalitres of water and more in the pipeline.

The potential increase in demand could be as high as 15 per cent.

"Industry has been calling for this - the almond and citrus industry have called for us to act, in this way," Ms Neville said.

"They can see what is happening and they know this is about protection, or providing some certainty and reliability."

She said there was already a shortfall in delivery.

"If growth continues in this way, we will have significant environmental damage and a significant delivery shortfall."

Applications would be assessed against criteria assessing the impact on availability of water for existing users, by weighing them up against any potential shortfall caused by new extraction shares being issued.

Ms Neville said the criteria would also look at the impact on the Murray River floodplains, on delivering additional water.

The Murray River was a shared resource between Victoria, NSW and South Australia.

"That's why I'm talking to my interstate counterparts to work together on a solution that gets the best results for all water users," she said.

"In our conversations with NSW they understand the huge risk that exists from existing entitlement holders and the ability to meet their needs, let alone future growth."

At Ministerial Council in December 2018, Victoria drove an agreement from all governments to direct the Murray Darling Basin Authority (MDBA) to do new modelling to quantify the risks and better understand drivers of delivery risks through the system.

Ms Neville said while that work was underway the government was taking a precautionary approach to limit any further negative impacts from new extractions.

The approach would be reviewed in 12 months, when MDBA modelling was complete.

Then all states could put clear plans in place to manage how water was delivered through the Murray system, without unacceptable impacts to the environment and entitlements.

Ms Neville said she had asked her NSW and SA counterparts to consider similar actions before modelling was completed and requested the issue be discussed at the next Ministerial Council.

The move was part of the government's push to make sure market settings were appropriate and working for all water users and the environment.

Key actions this year will include more consultation on water market transparency and reviewing the Goulburn to Murray trade rule.