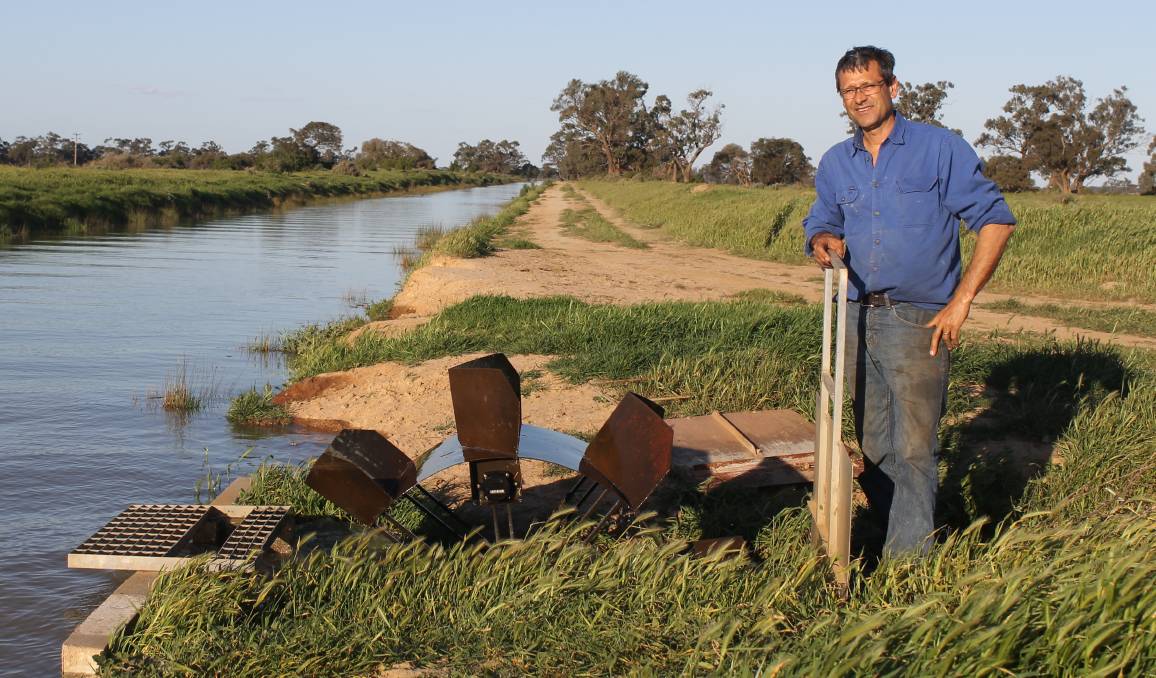 The value of a moratorium on further Murray River irrigated horticulture has been questioned.

A moratorium on further horticultural developments in the southern Murray-Darling Basin would only be a band-aid, according to Ricegrowers' Association of Australia president Jeremy Morton.

The Victorian Farmers Federation (VFF) and Almond Board of Australia (ABA) have both called for limits on further agricultural developments along the Murray River.

But Mr Morton said it was unlikely the states would agree to a moratorium, as they all issued licences independently.

"You are not going to see one state put its hand up and say, 'that's it' if another one doesn't," Mr Morton said.

He said a moratorium was a band-aid measure, as it only put a temporary brake on development.

"There needs to be a more coordinated and well thought out response, but it's too late in many respects," he said.

"The issue we now have is development beyond the capacity of the system, to either potentially meet the daily demand for water or the overall supply to meet the requirements of various crops."

The Almond Board has called for a moratorium on new water use licences.

ABA chief executive officer Ross Skinner said the ongoing issuing of licences was leading to a situation where water may not be delivered with the required surety.

"Each state and region wants development in their area, but the capacity to move water along the rivers is limited and unlimited expansion could jeopardise surety of supply to existing growers," Mr Skinner said.

The moratorium should only be lifted, following a review of the river's capacity to meet increasing irrigation demands.

It's been estimated 15,000 hectares of almond trees have been planted along the Murray River since 2016.

"We need all states to support a moratorium on new irrigation developments while water trading rules and environmental damage from high water flows are reviewed," Mr Anderson said.

"The MDBA is charged with managing water flows down the Murray River, and it's high time they acknowledge the increasing risk of delivery shortfalls and environmental damage currently occurring to the river."

Mr Anderson said most water used downstream of the Barmah Choke went into pastures in the Torrumbarry area, for both annual and perennial pastures, during spring to autumn.

"Now there is one larger and more sustained peak for irrigating perennial horticulture throughout summer," he said.

The total volume of water available for irrigation below the Barmah Choke at 100 per cent allocation was 1439 gigalitres across Victoria, NSW and South Australia.

"However, we estimate that the total water requirement of agriculture in the Victorian Mallee is 780GL annually," he said.

"This is more than half of the total water available below the Barmah Choke."

READ MORE: Barmah Choke open for trade from the start of the irrigation year

Forcing the river to flow at full bank capacity was causing erosion, which, in turn, reduced the river's carrying capacity as it flowed through the Barmah Choke.

Until the effectiveness of water trading rules was reviewed, the MDBA and state water ministers needed to impose a moratorium on new developments in the Mallee.

Victorian Government is reviewing inter valley trade out of the Goulburn system. Concludes next month. Will @MD_Basin_Auth intervene if Victoria takes the decision to restrict trade out for community and environmental reasons? https://t.co/HJH9qcmi30

Mr Morton said RAA had been talking to various agencies about the challenges facing the system.

"To date, the response was 'this was supposed to happen; it's the market at work'," Mr Morton said.

But he said it was a shame that those in charge of the system only started to take note when groups like Almonds Australia began to raise problems.

Industry was working on responses and potential solutions but had yet to settle on answers to present to government.

Mr Morton said it might be time to look at trade limits between valleys.

The Victorian government is currently reviewing inter-valley trade rules and is expected to complete a report by the end of next month.

"That stops it getting any worse, while we work out what the solution is," Mr Morton said.

"But unless you get agreement amongst all states, each state is probably going to say they are not doing anything until someone else does."

He said another solution might be a water "exchange rate".

While that might not necessarily deal with delivery issues, it would address what the increasing demands meant, in terms of system losses.

It would also provide equity when water was shifted from one part of the river to another.

Mr Morton said expected likely options to solve the issue would not be popular, but change was inevitable.

"It will either be in a regulated market setting or by Mother Nature, in that there won't be enough water to deliver, down the river," he said.

And the MDBA said the VFF's call was based on a misunderstanding of its role and responsibilities.

A spokesman said the MDBA managed the River Murray system on behalf of the Commonwealth and state governments.

"Our role is to meet the orders for water that are placed by state governments, as stipulated in the Murray-Darling Basin Agreement," the spokesman said.

"The MDBA cannot and does not make decisions about how water is used, by whom or in which district.

"However, we are working to identify risks to the delivery of water for the states, including the potential of a shortfall for irrigators."

Earlier this year the MDBA published a water delivery shortfall assessment for the Murray system, highlighting the factors that increase the risk of a shortfall.

It also looked at the strategies used to date to successfully avoid that risk, include limiting large orders and using available state-based infrastructure.

She said she also understood the pressures on the Barmah Choke.

"I'm concerned about these high flows caused by water delivery and the impacts on the environment, as well as the deliverability of water to irrigators and other entitlement holders," Ms Neville said.

"I raised these issues with the MDBA last year and expect further discussion at the next Ministerial Council.

"I have also asked my department to seriously examine how we would go about putting a moratorium on extractive shares in the lower Murray, as called for by industry groups."

The department was also looking at inter-valley trade rules following environmental damage along the Goulburn.