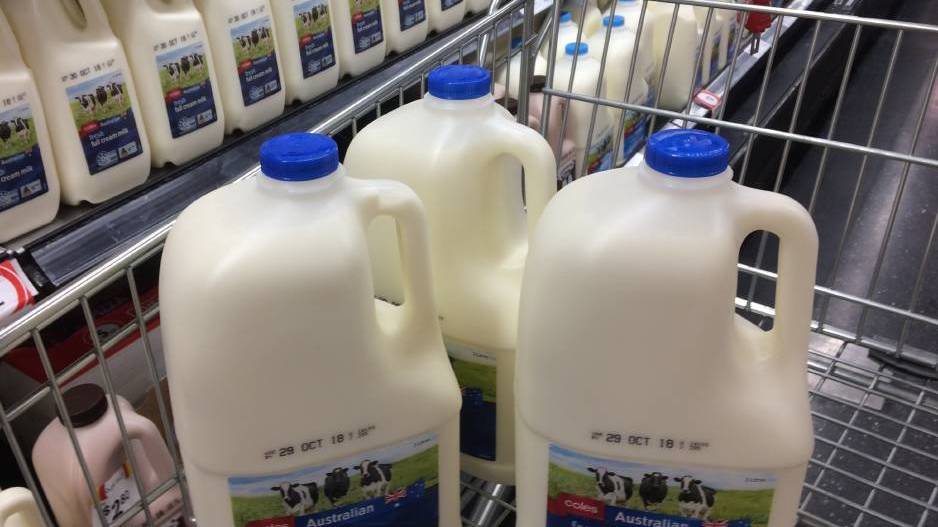 SECRET DEALS: Details of the deals Coles hopes to forge directly with dairy farmers are emerging as it meets potential suppliers.

A dairy farmer who attended closed sessions with Coles has revealed details of the direct deal.

Coles and its representative The Milk Department have held two rounds of closed meetings with dairy farmers just days apart.

A farmer, who had attended both meetings but wished to remain anonymous, told the Stock & Land that The Milk Department had approached a number of farms with milking herds of at least 500 cows.

The supermarket giant hopes to attract 110 million litres directly from Victorian farms, favouring those in south-west Victoria and parts of Gippsland close to Melbourne.

The farmer said Coles appeared willing to go "back to the drawing board" after farmers at the meeting called the offer inadequate, even though the supermarket will be accepting milk from farmers as soon as July 1.

They said Coles was offering Victorian farmers a price "in the high sixes" per kilogram of milk solids for the four months from September to December and "the mid-sevens" for the remaining eight months.

A supermarket spokesperson told the Stock & Land today that "Coles will seek a flatter supply curve to enable it to provide milk for the fresh milk market".

Asked whether Coles agreements would be for fixed volumes of a farmer's milk and, if so, what degree of flexibility would be allowed, the spokesperson answered simply "yes".

In the first round of meetings, The Milk Department told farmers there would be a greater weighting on fat than protein but the difference was not quantified.

In a bid to deliver greater certainty for farmers, Coles will offer farmers a fixed price for up to two years, with a guaranteed minimum price for a third year.

"The final price for year three would be set at the end of the contract's first year taking into account the then current market conditions," the Coles spokesperson told the Stock & Land.

Farmers at the meeting reportedly demanded Coles provide guaranteed pricing in the third year of the contract.

"The supermarket must know what it can sell the milk for, so they should be able to say what they can pay for it," the farmer said.

"Farmers at the meeting considered that to be a deal breaker and I don't think Coles had anticipated that response, so they said they would go and reconsider."

While it is unclear what Coles means by "flexible options of supply", a spokesperson last week confirmed that farmers would not be expected to supply the supermarket exclusively.

It is understood there will be a different pricing structure for farms in New South Wales.

While Coles made no mention of productivity and growth incentives or volume charges, they said a $75 stop charge would apply.

Milk quality would include a limit of 200,000 cells/ml and farmers at the meetings were left with the impression that The Milk Department plans to offer field support.

Asked what obligations Coles would place on farmers in terms of animal welfare and social licence reporting, it reportedly told farmers it did not plan to "become an authority in this area" but declined to discuss the issue with the Stock & Land.

Following the first meeting with The Milk Department, the farmer said he suspected Coles would need to woo farmers in order to reach its supply target.

"I think they've underestimated how much farmers dislike Coles," he said.

"The feeling I got at the meeting was that farmers associate Coles with the 'Down, down' campaign that did so much damage to the industry and they've neither forgiven nor forgotten that.

"They will need to pay quite a premium to attract milk and I don't think they're there yet."

The farmer told Stock & Land that the number of farmers attending the second meeting with Coles had shrunk considerably.

"Two-thirds of the people who came to the first meeting with The Milk Department weren't there for the meeting with Coles," they said.

On the other hand, the farmer was pleasantly surprised by the willingness of Coles staff members present at the second round of meetings to hear farmer concerns.

"I was blown away by their approach," the farmer said.

"I expected a big corporate mentality where you just take what you're given.

"The person in charge said that at this point, Coles does not have a relationship with any dairy primary producers and they didn't really have a feeling for what's been going on at farm level.

"They could be just very good at doing a spin job but I was very impressed."

The farmer said Coles was receptive to working further along the supply chain to support farmers.

"They said they're happy to look at trying to help out with cost control and perhaps even take a position in the grain market."

Announcing the direct supply arrangements, Coles had said it would invest $1.9 million into improving the sustainability of Australia's dairy industry through the newly-established Coles Sustainable Dairy Development Group.

"The investment will fund research into more sustainable farming practices, adoption of new technology, more efficient use of pasture, feed and water, and support for business development and talent retention, and farmers will have a direct voice in how funds are deployed," Coles wrote.

But not everybody is convinced.

"Welcome back to the 1970s, where there were rich dairy farmers and poor dairy farmers because some of them were supplying market milk and the rest sending their milk to export processors," Mr Mulvany said.