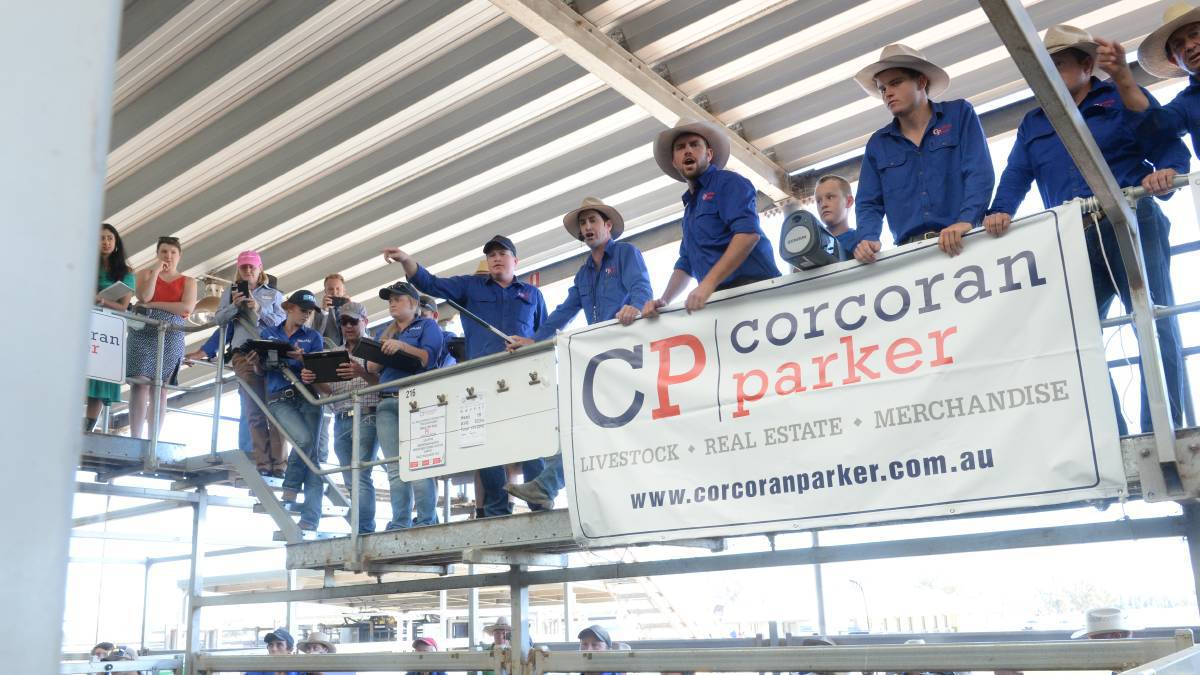 SELLING TEAM: The Corcoran Parker team, seen selling earlier in the year at NVLX sale, had a good run of steers at last week's sale.

Restockers took up the challenge at Wodonga as lighter cattle predominated.

A solid yarding of more than 2200 cattle at Northern Victorian Livestock Exchange, Barnawartha, sold at "reasonable rates" given the quality.

Seasonal conditions in much of the catchment area meant stock presented in store condition and lighter weights.

A limited selection of suitable steers meant feedlotters did not operate.

Restockers from a wide area did operate on lines of well-bred weaners in particular.

Mr Unthank said there were 200-300 kilogram Angus steers that sold to a top of 320 cents a kilogram while Hereford and Euro steers made 310-315c/kg.

The sale was "more a weaner restocker sale", he said.

There were just a small number of northern cattle yarded.

Mr Unthank said local buyers were strong in support as the season in the Upper Murray was "pretty good".

"Locals are always looking to take something on if they have a little bit of grass or early crops," he said.

Agent Stewart Bryant said the calves, which were sold at this time each year, were around 100kg lighter than previous years.

Of the cows and calves offered, F and M McGrath, Diggers Rest, sold 60 Angus heifers with calves at foot, three to four months, selling from $1250-$1400.

Agent Peter Ruaro said the heifers went to local and Mansfield buyers who had traded in heavy cows.

A pen of Angus/Friesian-cross heifers with calves at foot, sold for $1525.