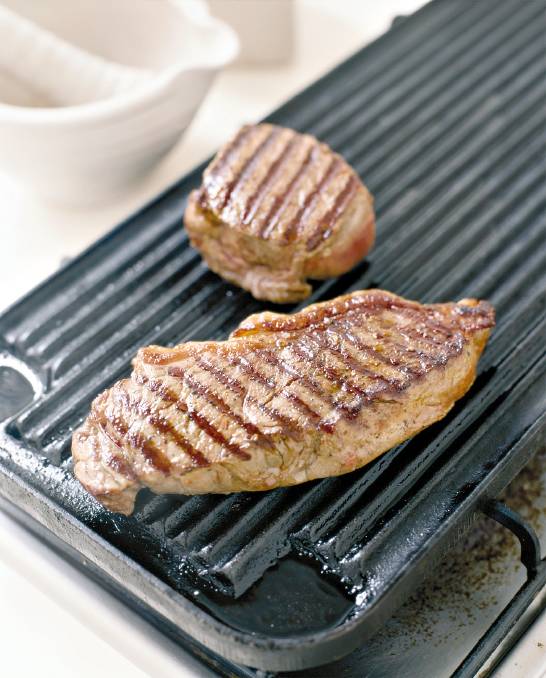 The results of another consumer survey - this time from Meat and Livestock Australia - has confirmed that people aren't rushing to dump red meat or the people who produce it.

A recent global survey by US-based agricultural giant, Cargill, indicated more than two-thirds of respondents said they intended to maintain or increase their consumption of animal protein in the next year.

Meat received a big tick with 80pc of survey participants saying it can be part of an environmentally responsible regimen and 93pc saying it can play an important role in a healthy diet.

And a University of Queensland survey of almost 3000 Australians revealed beef and dairy producers still have the trust of most people despite the efforts of noisy critics out to wreck their industries.

Meanwhile, the latest MLA consumer insights showed 93 per cent of consumers perceived producers to be responsible custodians of the land.

MLA's domestic marketing manager, Graeme Yardy, said consumers have a positive perception about food safety, standards and the right amount of regulation in relation to the red meat industry.

"This is testament to the work of the vast majority of producers who do the right thing," he said.

For the past three years, the number of city people who identify as vegan or vegetarian has remained stable at seven per cent and, of those, nine per cent occasionally eat meat.

At the same time, 15pc of meat eaters have been vegetarian in the past - so there was a high return rate to eating meat, Mr Yardy said.

"The key message is there's no huge groundswell of people turning away from eating meat," he said.

"Veganism has a lot of celebrity influence. It's not a fad and people are free to choose what they eat but it has to be viewed with the perspective of the evidence of what is happening at the broader level.

"At the heart of the issue is there's so much media attention on veganism, alternative diets and activism. There's an ability of small interest groups to have a huge voice compared to what Australians in general are doing with their lives.

"It's a wellworn path by anyone trying to effect change for their purpose to use shock and awe tactics - these are the tactics around vegan activism.

"With any extreme ideology, it's unlikely you'll change beliefs with research, facts and science because people are emotionally invested and not looking to be convinced otherwise.

"Instead, MLA looks to have rational discussions with groups who have legitimate concerns but want to be partners in the process, and we're careful not to engage in debates that give legitimacy to issues representative of the views of a very small group.

"For that reason, the majority of MLA's work in this space focuses on stimulating demand using the purchase drivers most important to most consumers - eating quality, nutrition and versatility, the need to fit in with the household budget, and convenience.

"While there's a growing trend in people wanting to know where food comes from - and claims of a lack of transparency underpinning much of the activist spiel - the reality is the red meat industry shares how it operates extensively.

"We know that less than 40pc of people have visited a farm in Australia. Our role is to help people understand what it takes to produce amazing quality beef and lamb," Mr Yardy said.