The pair will appear in court at a later date. 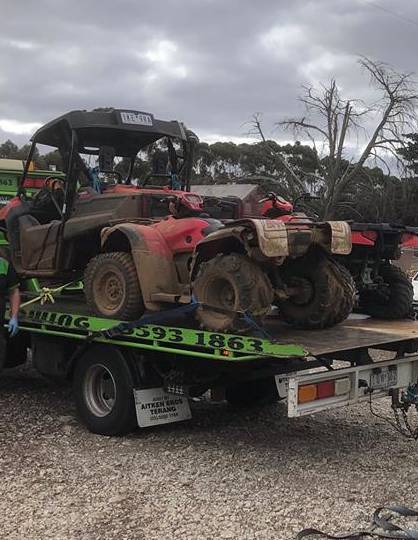 TWO people have been charged following a protracted police investigation into agricultural crime within the Corrangamite region.

Over $50,000 of alleged stolen property, including six quad bikes have been found after police raided properties at Cape Clear and Camperdown.

Warrnambool Crime Investigation Unit detectives charged a 17-year-old male and a man in 20s. Both have been remanded in custody, charged with multiple burglary and theft offences.

The pair will appear in court at a later date.