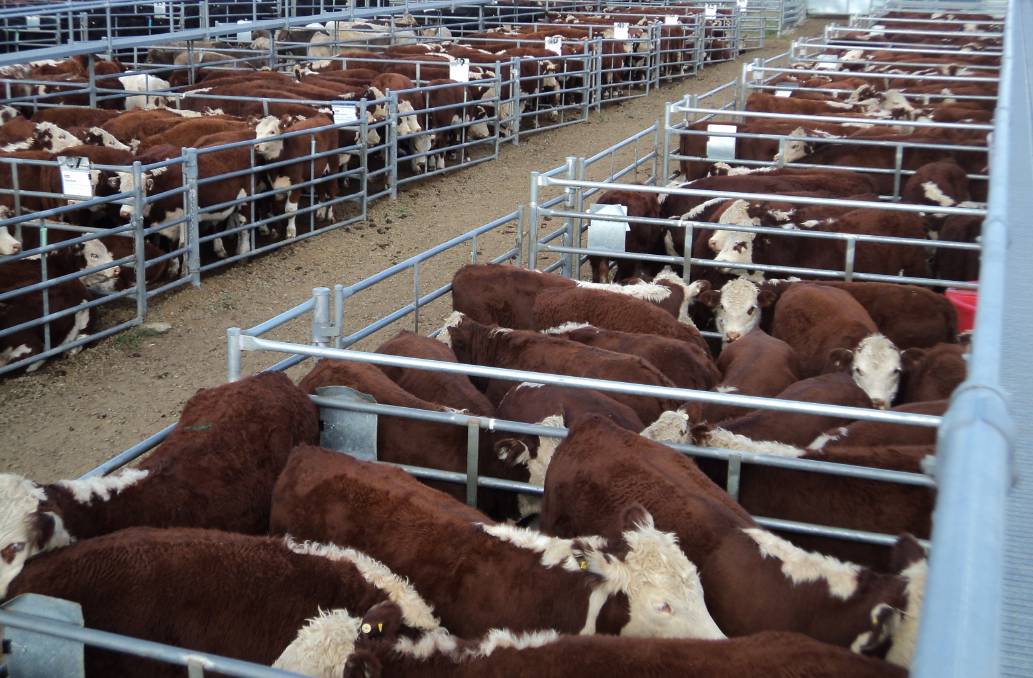 Tasmanian weaners firm with no difference in price between the competing colours.

Being conducted as the fourth in the Tasmanian series of sales for 2019, the quality of the white-faced line up was said to be very good as most came forward from the Derwent Valley and the mountain districts of the lower Midlands regions.

John Denholm, Elders, said it was an impressive yarding of cattle.

"It was a wonderful display from a very proud and prominent set of breeders," Mr Denholm said.

A Meat & Livestock Australia (MLA) report of the market said competition was strong although there was some variance throughout the sale with the best of the breed bringing a premium.

A good number of Angus cattle were also featured in the 2100-head penning.

Mr Harris said there was no difference in price between the competing colours, although any small sale lots were discounted as buyers displayed a preference for the larger breeder lines.

However, he said, there was a shift in buying demand.

"Some buyers who would normally operate on the lead of drafts hooked into the lighter cattle in the belief they would not have adequate numbers of longer-term cattle to sell in the spring," he said.

"This definitely helped underpin prices for the smaller cattle, and there was also several buying Hereford heifers to grow out as future breeders."