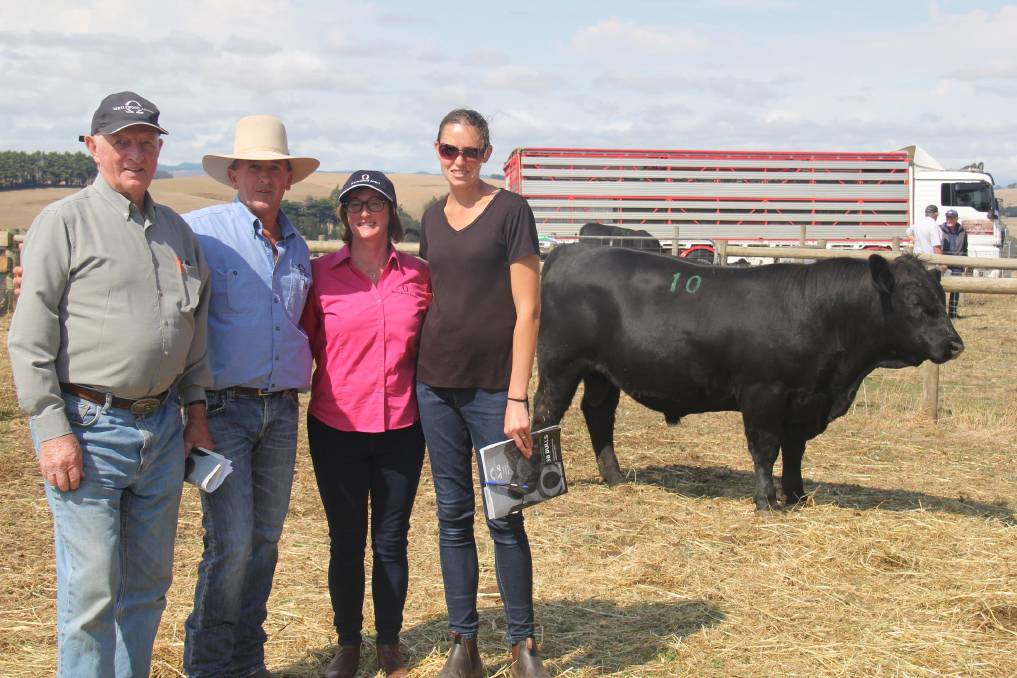 Supporters of south Gippsland's Merlewood Angus stud turned out in force for its third annual autumn bull sale, as much to provide a morale boost as to buy.

Stud co-principal Ann Marie Barrow said she was pleased with the outcome, given many of Merlewood's regular clients were facing very dry conditions.

But it was also pleasing to see new clients from Whittlesea and Yea.

"For a tight season, it was a good day - you can only hope for the best you can, in the current market," Ms Barrow said.

"We had clients in the crowd who had been in touch to say they couldn't buy a bull, as they had destocked their females, but they were coming anyway.

"It was great to see that moral support from clients, some of whom were not even buying, this year." 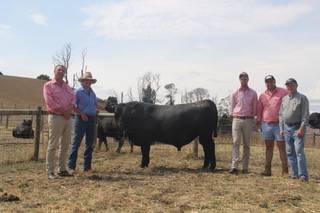 The top-priced bulls both fetched $6500.

Braveheart recorded estimated breeding values of a +5.2 eye muscle area, a rib of +0.5millimetres, P8 of +0.3mm and intramuscular fat of +1.4per cent.

Outlier had estimated breeding values of an eye muscle area of +1.8 square centimetres, a rib measurement of +0.8mm, P8 of +0.9mm and intramuscular fat of +2.1pc.

Ms White said she was surprised she ended up being one of two bidders who paid top price.

"I didn't expect to go expecting to be a top-priced payer, I thought I would be blown out of the water," she said.

"He's an all-around brilliant bull, he has temperament, weight gain, overall structure and is a well-built animal," Ms White said.

The bull would be used in joining in June, to females that had been fed for some months.

The prices were a reflection of the season, not the condition of the bulls.

"People's pockets have tightened up," she said.

Elders Denis Linley said while the average was back on last year, it was understandable, given the tight season.

"Because of the feed situation and depleted female numbers, there was no need for bulls," Mr Linley said.

"That's more of the reason behind the figures, as the bulls were quite smart, overall.

"They have got them in the right way, with the right genetics."