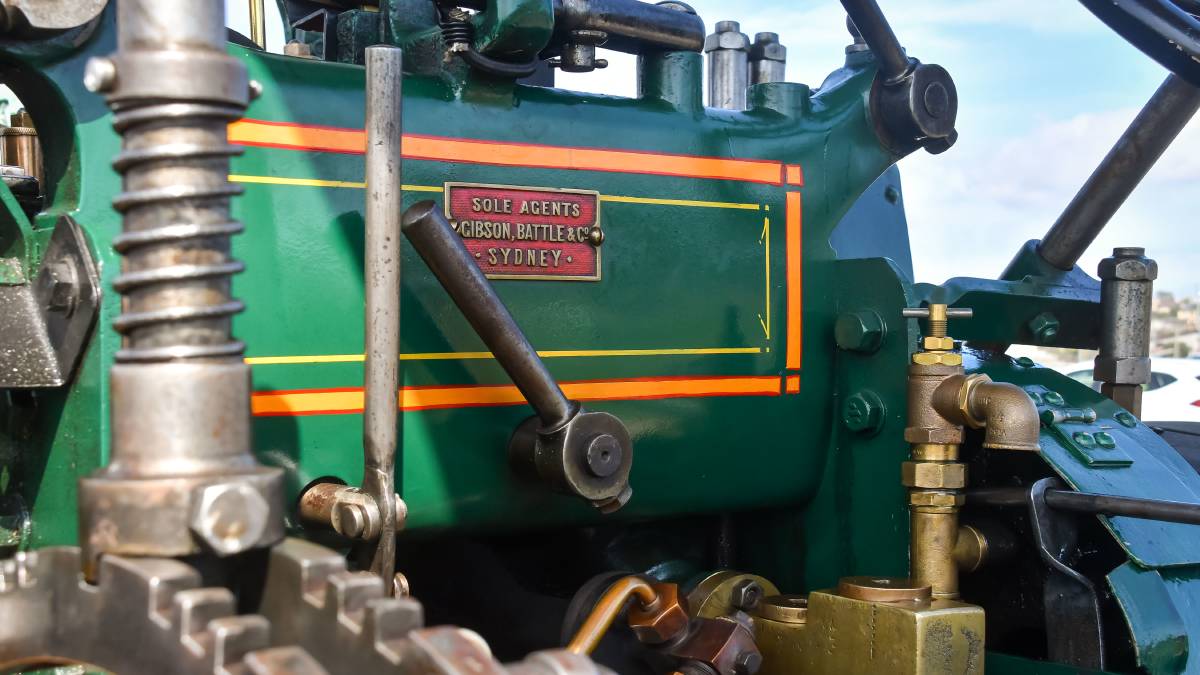 North-West Tasmanian drivers may have noticed a steam-powered spectacle roaring along the Bass Highway over the weekend in a cloud of smoke and sparkling chrome.

"Annie" the 108-year-old steam tractor has been rolling down from Wynyard to Devonport for the past two-and-a-half days, making her way to Sheffield for this weekend's Steamfest.

The McLaren steam tractor bears no relation to the high-end racing brand, averaging five kilometres an hour with a good tailwind, but the gleaming 'old girl' demands admiration as she chugs along the road.

"The traffic has been great, 90 per cent of the drivers have been really patient," driver Jozef Phillips said.

"We've been going along with a support vehicle travelling behind ... the trucks have been especially good at looking out for us."

Mr Phillips and his brother, John Phillips, became involved with the engine through Jozef's wife, Leanne.

"My father-in-law found the tractor in the bush and restored it.

"He named it Annie after his daughter, my wife."

The restored engine has been running since the 1990s, and has had mirrors and rubber added to the wheels to make it more suited to modern roads.

"The best thing we ever did was add a rear-view (mirror)," Jozef Phillips said.

"Except for when (my brother) john-boy's driving. All he can do is watch the mirror, we have to keep nudging him."

The 2019 Steamfest will be held over the March long weekend, and includes steam-era machinery demonstrations, steam train rides, and stalls.

The story Full steam ahead for 'Annie' the 108-year-old Tasmanian tractor first appeared on Farm Online.