A farmer finding snakes in a shed is one thing. This is next level. 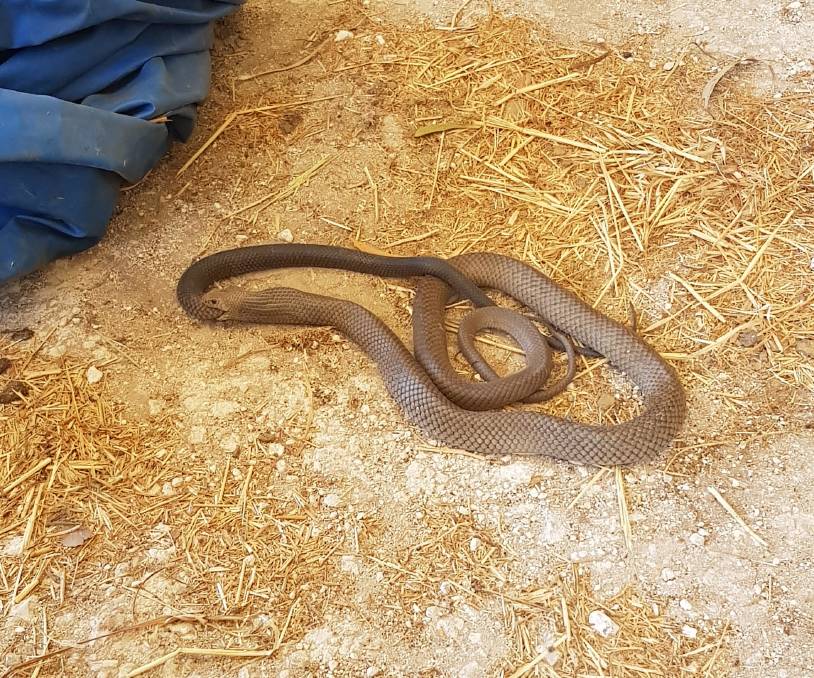 A farmer finding snakes in a shed is one thing. This is next level.

Farmer Shaun Taylor was pretty shocked to stumble across a brown snake in his hay shed, midway through the act of polishing off another brown snake!

I went to turn around and was shocked to see the snakes about two metres behind me. - Shaun Taylor

“Upon closer inspection I realised one of the adult snakes was in the process of suffocating and consuming the other similarly sized adult snake.”

Mr Taylor said he wasn’t particularly worried about the situation, but was ‘gobsmacked’ to see it happen and experience such a moment.

“In this particular case I was aware that snakes cannibalise each other, but usually it’s an adult snake eating a younger one,” he said. 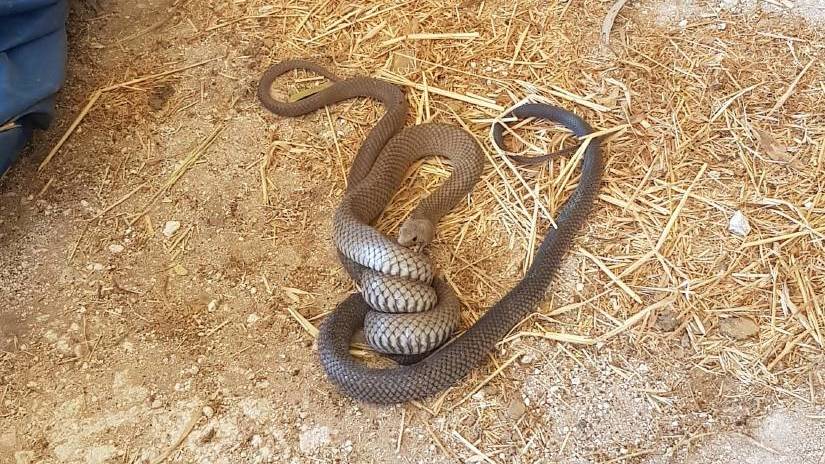 “It probably happens more often than we think but we never have the chance to witness it – I thought to take some photos because it was something I had never seen before.

“I knew the snake wasn’t in a position to move or cause me too much harm, I well and truly still kept my distance.”

Mr Taylor said he did not want to disturb the snakes too much during the process and decided to momentarily leave the hay-shed.

“I came back about half an hour later and they had both disappeared,” Mr Taylor said.

“I assume it proceeded to swallow and ingest the other snake – apparently if you disturb them when they are ingesting and they regurgitate halfway through it can do quite a bit of damage.” 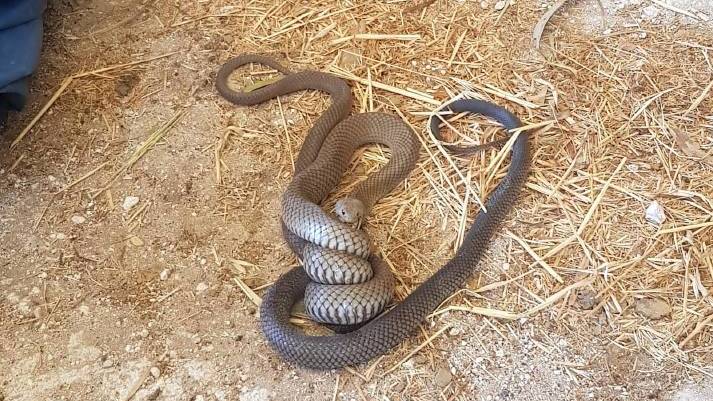 Mr Taylor said dealing with snakes was part and parcel of growing up on a farm.

“You learn to live with them – snakes in general have a bit of a bad reputation and some people go out and try to get rid of them. We have to remember they are part of the life cycle and they certainly help keep the rats and mice down,” he said.

“It’s just a matter of being mindful that snakes are about, we are working within their environment and normally snakes are just as scared as us as we are with them.”

The reptiles in question were eastern brown snakes, native to eastern and central Australia and southern New Guinea.

The eastern brown snake is found in most habitats and has become more common in farmland and on the outskirts of urban areas, benefitting from agriculture due to increased numbers of its main prey.