As this was the last store market at Pakenham for 2018, the yards were again full. 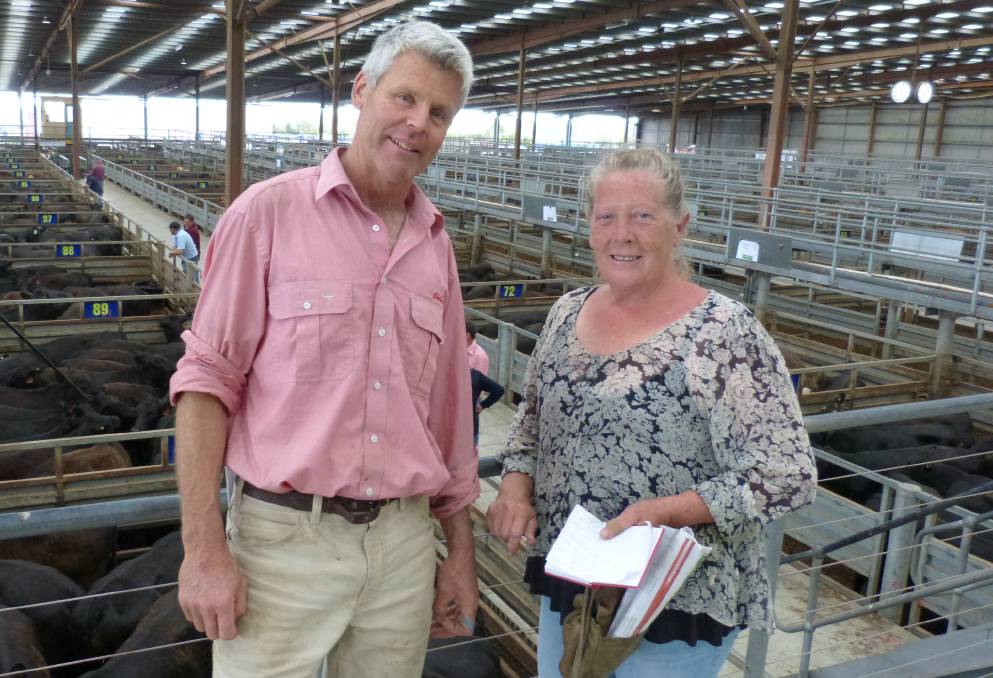 From heavy bullocks down to some very light and poor condition cattle, most of the yarding came from within West and South Gippsland, and the Mornington Peninsula.

Much of the talk during the sale was about how much rain had, or had not fallen during the night and morning.

Reports were coming through of over 200 millimetres of rain in the North-East, while locally it varied from 3-15mm.

Competition came from many quarters, with producers, fatteners, feedlots and speculators all buying cattle.

While the rain fell outside, demand for the better-bred cattle was solid, and prices were firm to easier on the previous sale, two weeks ago.

Much of the price decline was seen on heavier yearling steers as feedlot companies did not go at the pace, and teeth was an issue for them too.

The top of the sale was 15 Angus bullocks of Oban Management, Drouin West, that sold for $1600.

Some of these older steers were purchased for long-term grain feeding in the north.

However, other export processors did not enter the market for feeder steers.

Competition was very solid for steers, mostly Angus, weighing between 350-460kg, that had their milk teeth.

There was feedlot competition for European breed steers, 320-400kg, to grain feed for the local market.

There was a broad spread of breeds offered, including Belgium Blue, Charolais and cross-breeds, Limousin, Red Angus, Murray Grey, and of course, Angus and some Herefords.

This spread of breeds was more noticeable than normal, and many had local feedlots competing.

A very broad range of prices was seen for younger steers.

Most sales equaled between 280-360c/kg, although some sales were noted lower than this.

Solid demand for heavier heifers, some for grain feeding, some for breeders, and many to return to the paddock, created some solid prices.

The larger percentage of heifers sold between $500-$940, but their liveweight prices equaled between 220-270c/kg.

Plenty of plain condition heifers, some of dubious breeding, sold from $300-$550.

The sale of 121 cows and calves was interesting.

Most of the cows were better-bred, and of larger frame, and from second to fifth calved cows.

Many had good quality Charolais or Limousin calves at foot, mostly from 2-4 months of age.