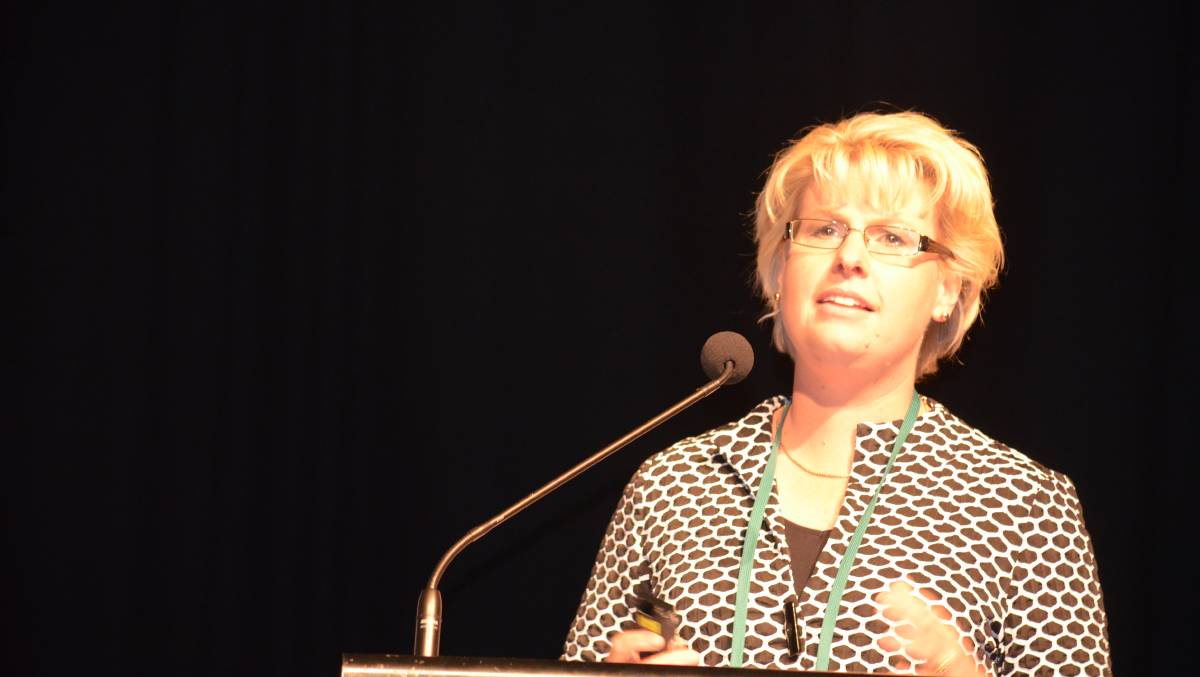 Victorian irrigators have expressed concern their views will be accurately reflected in a consultant’s report on the socio-economic impact of taking further water for the environment.

The Federal Government appointed Tamworth based consultants, Sefton & Associates to carry out community consultations on the projects, which are the basis for the recovery of another 450GL of water under the Murray Darling Basin Plan.

“I don’t want any sugar coating, going into MinCo,” she said.

“It’s important this report be released before the Ministerial Council, on December 14, so the community has confidence its concerns have been heard, and an accurate description of what’s been said is actually prepared.”

She said a key concern was the wording of the communique, issued after the first round of consultations, in Victoria.

The communique read, in part, ‘participants voiced some concerns with the implementation of the Murray Darling Basin Plan, including about the historical impacts of water recovery, constraints on the delivery of environmental water, as well as making suggestions on additional criteria for on-farm projects.”

It also noted there were “a few” farmers who wanted to participate in the new water infrastructure program.

Ms Akers said she was worried the level of concern, about further on-farm projects, was being downplayed.

“Nothing but community concern would be a far more accurate picture,” Ms Akers said.

She said during the Victorian consultations, one attendee went to every meeting to support on-farm projects.

“(Seftons) needs to be honest and quantify this. Many irrigators could be a figure of 55 per cent.

“I have attended three of the five Victorian meetings, and overwhelmingly the vast majority, 95pc, do not support on-farm projects.

“We are expecting to see a report, that reflects that.”

Ms Akers said irrigators could not afford to lose any more water, from the consumptive pool.

“There is a view the Goulburn-Murray Irrigation District is now at a tipping point,” Ms Akers said.

And Victorian Farmers Federation Water Council chairman Richard Anderson said his primary concern was when the report would be delivered to State ministers.

“My concern is that it won’t get passed on.  Mr Littleproud should make it available, as soon as possible,” Mr Anderson said.

He said he was also worried the report would have a narrow focus.

‘It’s not just about on-farm projects, it was about the socio-economic criteria, across all projects,” Mr Anderson said.

Sefton’s managing director Robbie Sefton said the work was independent of the government.

“We take the preparation of the report and our independence very seriously,” Ms Sefton said.

“We have reported on every topic that has come up.”

“We were not there to represent the government; we were there to write about what the people in those meetings said.

“We have done our very best to capture comments from as many participants, as possible, who attended our meetings, plus those from submissions and the online survey.”

The initial communique also said socio-economic risks identified in the meetings included potential impacts on the price of water, impacts on the cost of running irrigation networks and the rapid growth in horticulture putting more pressure on available water.

“There was discussion about whether the project criteria can adequately address these risks and the importance of considering impacts across regions and not just local impacts,” Ms Sefton said.

The communique also stated participants were generally receptive to the idea of water efficiencies focussed on urban, industrial, off-farm and metering, but were concerned whether there would be sufficient proposals to meet the 450 GL target.

“It was also suggested that additional criteria could be applied to these projects.”

Federal Water Minister David Littleproud said the government expected to receive the independent consultant’s report soon and would pass it on to Basin states, shortly afterwards. Its release was a matter for MinCo.

“I expect the consultation report will provide a comprehensive and thorough review of all the views expressed,” Mr Littleproud said. “The decision on how a socio-economic test would be applied is a matter for MinCo.” 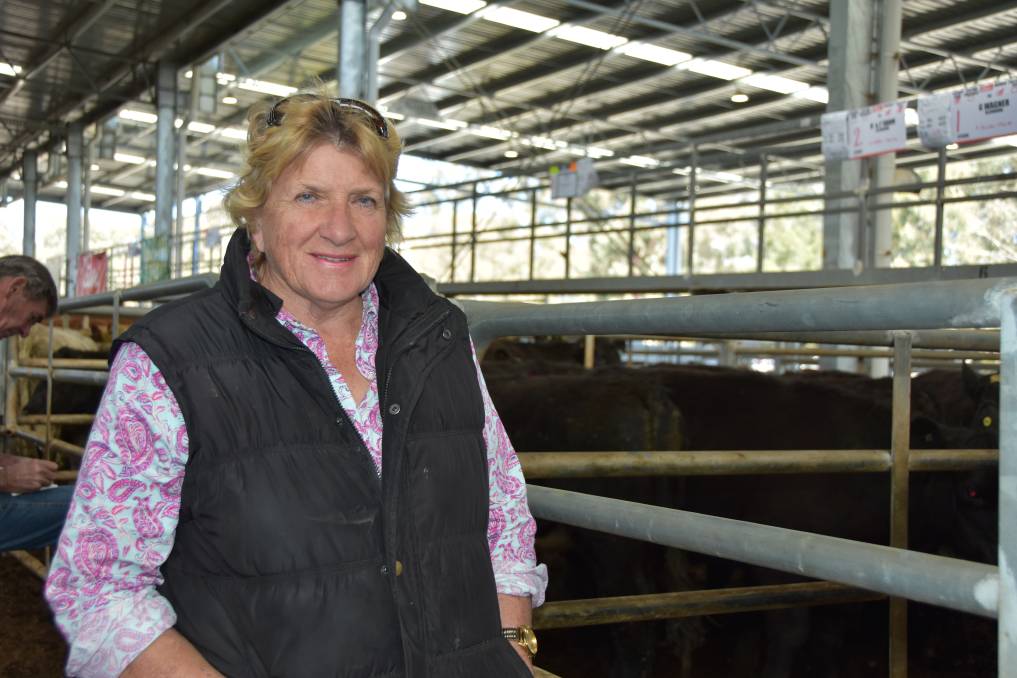 Meanwhile, a prominent Upper Goulburn beef producer has called for the Murray Basin Plan to be paused and reviewed, before the planned recovery of the environmental upwater.

“The viability of entire irrigation districts and their communities, the ecological health of our rivers and the waste of $3.3 billion spent on irrigation modernisation are in jeopardy,” Ms Beer said.

Concerns about sufficient water supply for the Sunraysia region highlighted the reasons why the Plan should be paused to review and revise its direction and policies.

“Dr Bailey has confirmed what landowners have long known - that Catchment Management Authorities and the Victorian Environmental Water Holder have grave concerns for the ecological health of the Goulburn River because too much water is being forced down the river, causing banks to collapse and reducing the channel capacity,” Ms Beer said.

This article is well worth a read. Again highlighting the concern of the irrigation industry having uncontrolled development. https://t.co/QgdwZvQ1uV

“Due to government policies and the opening up of the water trade market, we now have a situation where downstream corporate Murray horticultural plantations own, and are continually buying, much larger volumes of water, which must be delivered further downstream to hotter, arid areas causing greater conveyance losses.”

Interesting piece from @journoandy26 - plenty of food for thought. https://t.co/VbkVBnOq1B

With the Commonwealth Environmental Water Holder calling for priority of its water rights, irrigators in the Southern connected system were left in a dire situation. They not only had a rapidly shrinking consumptive irrigation pool but also would not have the ability to access their water right allocation.

Ms Beer said the Basin Plan Regulation Impact Study provided a framework for consistent and comprehensive water trading rules, to ensure all market participants had the same rights and could be confident of them.

“Include the fact that the Federal Government is currently actively attempting to recover a further 450GL  to deliver downstream to South Australia clearly shows the looming disaster for irrigators and communities in the Goulburn Murray Irrigation District and southern Murray irrigation districts,” she said.

“Nor has the MDBA or Federal Government factored in the very significant step climate change that has occurred since the start of the Millenium drought where, according to the Climate Council, we now have a 41per cent reduction in stream inflows and 25 per cent less rainfall in  the April-May period in south-east Australia.”

Mr Littleproud said he had consistently maintained the 450GL upwater could only be delivered through projects with positive, or neutral, socio-economic benefits.

“The criteria for a socio-economic test is currently out for consultation and Ministers will be considering it in the coming few weeks,” Mr Littleproud said. “I recognise irrigators in the southern Basin are facing rising prices and in NSW, low to zero allocations. There is still water available on the market for irrigators, and the Commonwealth Environmental Water Holder holds only a very small fraction in storage.”

He said the CEWH recently sold more than 20GL into the Goulburn system.