IT’S the time of year when eating glazed ham is acceptable for all meals, and Mid North Coast pork producers Andrew and Therese Hearne are planning a busy season. FREE RANGE: Near River pigs are pasture raised and spend their entire lives outdoors with huts for shelter.

IT’S the time of year when eating glazed ham is acceptable for all meals, and Mid North Coast pork producers Andrew and Therese Hearne are planning a busy season.

The couple owns Near River Produce, which began on 8.9ha (22 acres) inland from Port Macquarie more than a decade ago.The Hearnes added 8ha (20 acres) of lease country to the production a few months ago, and they’re now expecting about 100 ham orders this Christmas.

The couple moved to the area 11 years ago, relocating from Sydney, where Mr Hearne owned a landscape and gardening business. They still spend plenty of time in the city, delivering to chefs and butchers each Friday, and setting up a stall at Bondi on Saturdays, before the markets at Newcastle on Sundays.

“I’d always wanted to be a farmer, and decided to follow that dream,” he said.

They started small with two gilts and borrowed boar, and the business has now grown to 30 sows and three boars. There are about 150 weaners and growers, and they turn off 10 pigs each week. The pigs are processed at Frederickton, and butchered at Port Macquarie.

The meat is packaged and sold direct to butchers and chefs in Sydney and on the Central Coast, and the Hearnes sell through the Near River Produce website as well as the markets. The couple also sells vegetables, leafy greens and citrus fruits, including finger limes.

“We’re getting good feedback from our customers, and we’ve had some people that we’ve been feeding for well over five years.”

“We started with Wessex Saddlebacks, a heritage breed, because they’re suited to outdoor production – they have darker skin and a relatively placid nature. Since then we’ve had friends who were getting out of pigs, so we’ve added Berkshires as well. I think the flavour in our pork comes from the genetics as well as the way we raise them.”

If you eat pork from our farm, it’s not going to taste like any other pork you eat. - Pork producer Andrew Hearne

The pigs are pasture raised, but they’re fed a grain ration, along with a range of other – sometimes unique – feeds. 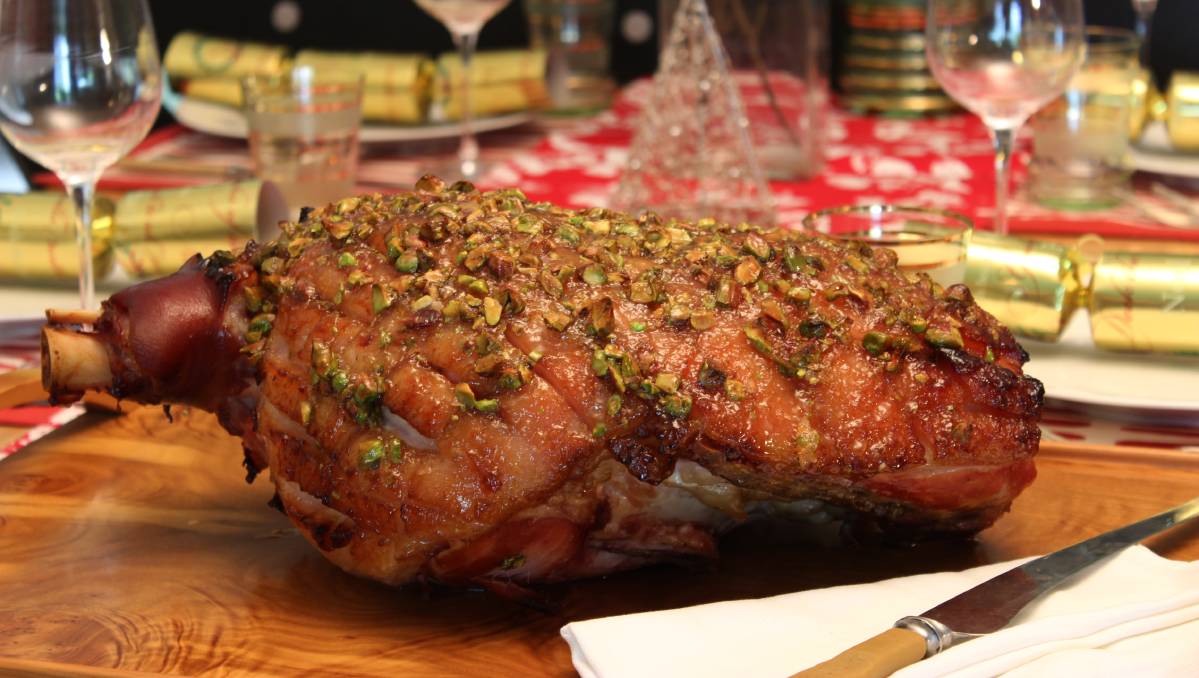 “They also get vegetable trimmings from the market stalls that we attend, and we’re about to start sourcing whey from a cheese factory in Wauchope. We also bring back waste from the cafes and bakeries we supply, like organic sourdough bread, which they love. It’s a win-win because that waste isn’t going to landfill, and at the moment it’s reducing our grain costs.”

“The sows build huge nests, about two metres round and a metre high to farrow in, which provides a cushioning effect for the piglets and protection from predators, as well as shade from heat and sun. Each sow has no more than two litters a year, which gives the sow a chance to regain condition.”

Growers are turned off at 55 to 60 kilograms carcase weight, which usually takes 26 to 28 weeks.

“Giving them time to grow impacts meat quality. If you eat pork from our farm, it’s not going to taste like any other pork you eat.” 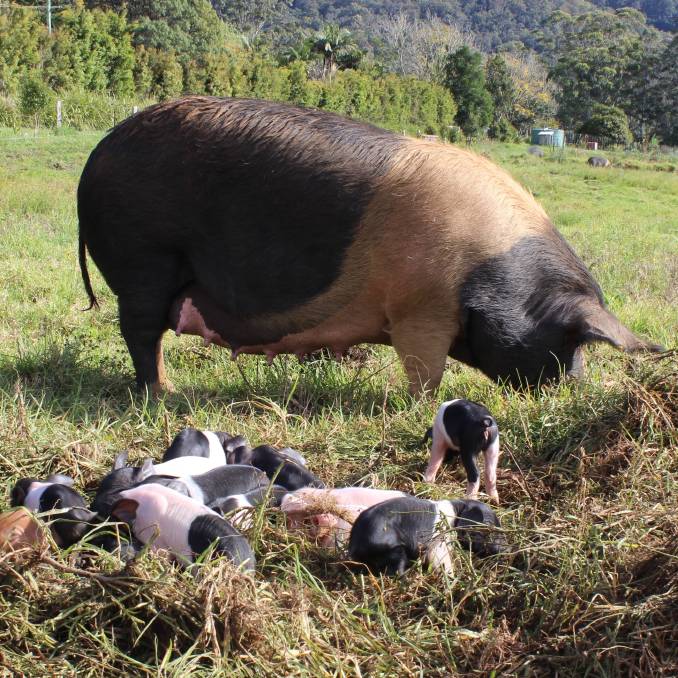 The story Perfect Christmas ham first appeared on The Land.