It is often said that in the process of dying one's whole life flashes by. Here is part two of A dying bee remembers with part one running in the November edition of Smart Farmer. 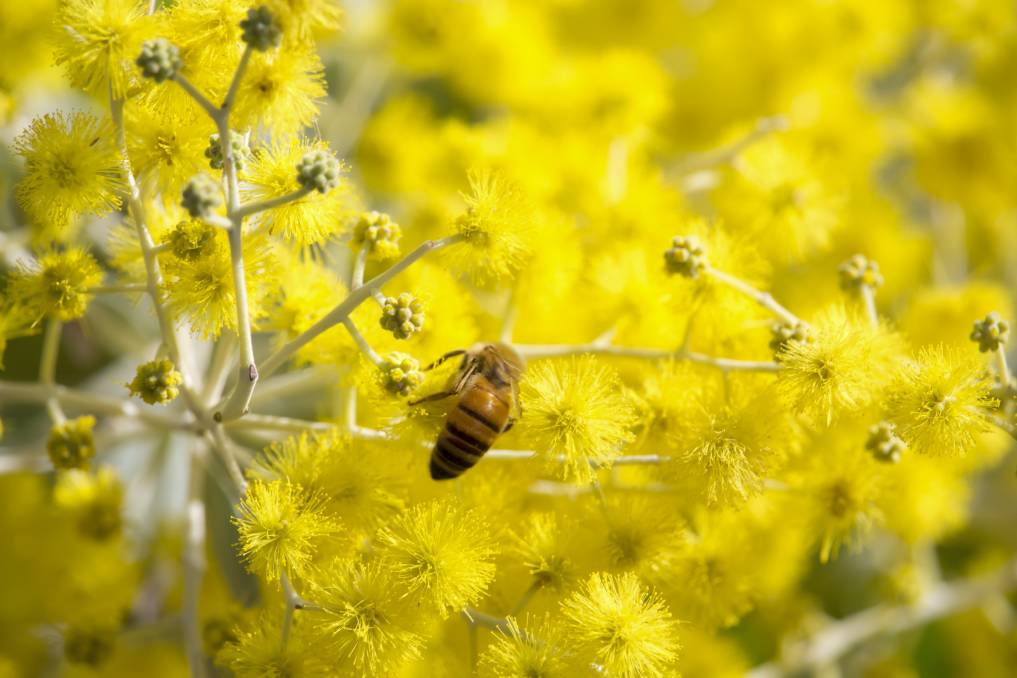 BUSY BEE: Gathering pollen is one of many jobs that a bee does throughout their busy lives.

It is often said that in the process of dying one's whole life flashes by.

Here is part two of A dying bee remembers with part one running in the November edition of Smart Farmer.

Getting older now, I moved to my next duty.

I had the task of ventilating the hive to keep it cool and dry out the nectar in the process of making honey.

I would stand still in the entrance to our hive and fan my wings like crazy - on one side blowing air in or on the other drawing it out. It was a trick to flap my four wings so fast without flying - like staying in neutral gear!

Then getting still older I was assigned guard duties. Patrolling the entrance, I had to watch out for invaders, bees from foreign colonies and other insects who like to sneak in and steal our honey.

It seemed that all these early days were in preparation for my life’s last task.

I was old enough to leave the hive to forage for food in the outside world.

Of course I had to do some orientation flights, to learn landmarks and how to use them and the position of the sun to navigate.

My experienced older sisters already outside scouting and foraging gave me a good head start.

When they found a good mass of flowers they came back and told us all about it by fancy dances.

We quickly knew the direction and distance from home and how rich the supply of nectar or pollen.

Sometimes I went out for sweet nectar, sucking it up from the flowers with my long tongue, storing it in my honey stomach until I could pass it on to home bees back in the hive.

Other times I looked for pollen, scraping it into the little sacs on my hind legs.

Or water; we needed water in the hive and getting it was sometimes hazardous, many of my sisters died in swimming pools.

I flew many kilometres on these trips, up to three or more when I had to.

On each trip I would visit over a hundred flowers.

I could carry only 30-50 milligrams of nectar each trip and it got pretty heavy after a long flight. And it took 400 of those trips to make one teaspoon of honey!

I wonder how many times I beat my little wings in my life time? I could beat them 200 times a second, 12,000 times a minute! No wonder they are all worn out now!

And that’s why I’m here, lying in the dirt far from home.

My wings finally tore as I tried to work on that last flower and they just will not carry me home. So here I wait to die very soon.

I just hope that I die before the ants find me.

But that is the inevitable fate after all those hard working days devoted entirely to the service of my huge family, a swarm of bees.

The story A busy life of a bee well spent first appeared on The Land.