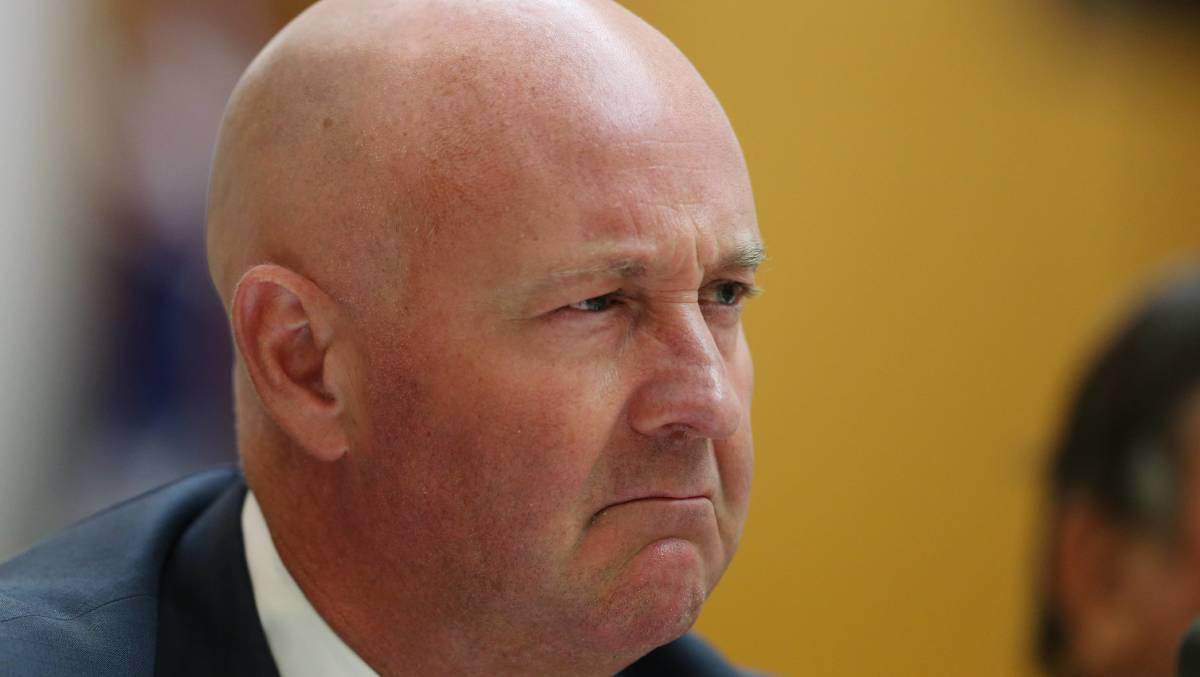 Pressure is mounting on almost 85 per cent of Australian woolgrowers who are yet to cast their vote on their future wool tax as part of this year’s WoolPoll.

Pressure is mounting on more than 80 per cent of Australian woolgrowers who are yet to cast their vote on their future wool tax as part of this year’s WoolPoll.

The low voter turnout of about 19pc coincides with a campaign by farm lobby groups to reduce the Australian Wool Innovation (AWI) levy from 2 per cent tax to 1.5pc, citing drought pressures and an unprecedented fall in wool returns in the last fortnight.

After six weeks of voting, woolgrowers have until 5pm Friday, November 2, to vote on what percentage of their wool income they wish to invest in research, development and marketing by AWI.

In the 2015 WoolPoll, 50.68pc of eligible votes were lodged, so AWI is appealing to the remaining growers to submit their votes by the deadline.

The last couple of weeks of voting have coincided with a significant drop in the Australian wool market, which resulted in the Eastern Market Indicator (EMI) falling to 1874 cents a kilogram at the closing of week 17.

In the last fortnight, the EMI has fallen a dramatic 149c/kg, marking a 11.5pc fall in prices since the record high of mid-August, where the market peaked at 2116c/kg.

But this figure still falls short of the estimated EMI of 1650c/kg for the 2018-19 season which AWI has used to forecast its revenue for the financial year, and well below the forecast of 1990c/kg the Australian Bureau of Agricultural and Resource Economics’ (ABARES) is predicting.

If AWI’s forecast EMI was to eventuate for the season, it would be a massive 22pc fall from the market peaked in August, which Mecardo managing director Robert Herrmann said, if experienced, woolgrowers would be horrified.

“We haven’t been told that demand has fallen, in fact we’ve seen increased activity from Europe in the last few weeks,” he said.

“And it’s unlikely we’re going to see increased supply because of drought and lowered sheep numbers.”

He said woolgrowers were now operating in a new selling environment, so wouldn’t be afraid to pass-in wool that was not making prices they were pleased with.

AWI chief executive Stuart McCullough said the company had worked out its forecast EMI in April when the market was averaging 1700c/kg, but that it was “important to remember AWI’s role is not predicting the market”.

But Mr Herrmann said no one else had anticipated a fall so significant, so he was surprised to see AWI’s 1650c/kg prediction, and questioned what the calculations were based on.

This criticism into AWI’s forecasting comes during a tumultuous time for the wool industry body.

Last week, AWI claimed it would become insolvent if a majority 1.5pc levy was voted in at WoolPoll, despite a record $120 million sitting in the company’s financial reserves.

Mr McCullough also contributed to the discussion on the recent falls seen in the EMI, blaming industry groups, WoolProducers Australia (WPA) and Australia Wool Growers Association (AWGA), for causing damage to the Australian wool brand while advocating for a 1.5pc levy.

He told the ABC this had caused Chinese buyers to sit on their hands.

And it’s a drop he said he had not seen “in a hell of a long time”.

When the EMI reached 1801c/kg in mid-January this year, Mr McCullough was quoted saying the market “could only go up”.

But WPA chief executive Jo Hall said if AWI was going to take credit for the increase in price, then it needed to also accept responsibility in the bad times.

But Mr Herrmann did not believe there was any fundamental cause to the price falls, and anticipated they would only be temporary.

“When the market goes up, everybody gets motivated, including buyers, then it gets to a point where everyone says ‘wow how did we get here, it’s too high’, and it goes down,” he said.

“We’re not seeing this as being a long-term correction, it will recover but may not recover to the record highs.”