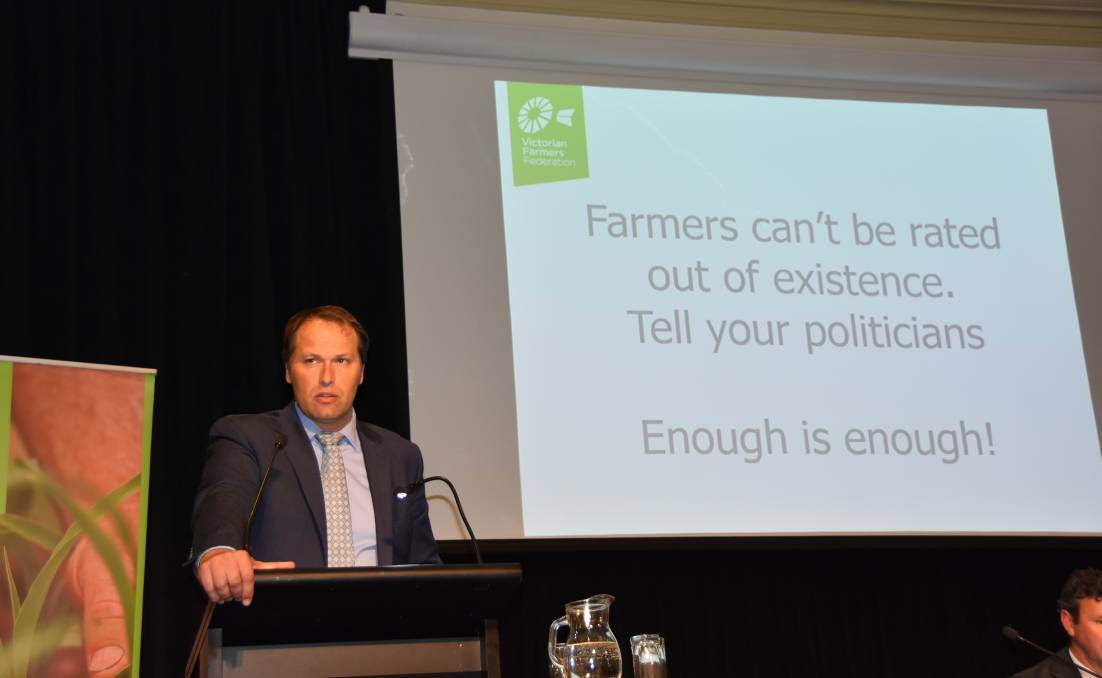 The VFF said it felt it was getting traction on its extensive election 'wish list.'

Victorian Farmers Federation president David Jochinke said he believed politicians of all parties were listening to its election requests.

Big spending on roads, safety and telecommunications, alongside council rates relief, are the among the VFF’s priorities. The VFF has also planned a series of candidate forums for the coming week.

“We do feel we are getting traction, as we’ve have had good contact with candidates in marginal seats,” Mr Jochinke said.

“We are trying to combine both our lobbying power in Melbourne, with the engaged enthusiasm of our membership.”

He said the VFF’s campaign had been developed over the last 18 months, through talking to members.

“Those are the themes that ranked highest among our members,” he said.

A $6.2 billion spend on road infrastructure upgrades was the biggest ticket item in the “Delivering for Agriculture - Growing Communities” election manifesto, launched at this year’s Ballarat conference.

“You don’t see a pothole down in Bourke Street, so why the heck should we see one, on our local roads?” Mr Jochinke said.

“What we have seen is a decrease in spending from successive governments on the maintenance of roads and we really want to see that come back up again.”

The VFF has welcomed a $20 million commitment from the State Government to one of its election requests regarding skills and safety initiatives.

If re-elected, the government plans to establish a Farm Safety Council to oversee implementation of a $10m safe farming initiatives, as well as $10 million for Farm Skills Victoria.

“The announcement… is in line with one of VFF’s key election asks, which is to address the need for industry and farmer-led cultural and behavioural change when it comes to farm safety,” said Mr Jochinke said.

Other big-ticket items are $600 million to rid the state of regional telecommunications black spots, $18.3m to reduce travel times to and from critical health care, appointment of additional medical workers in rural and regional hospitals and expansion of the “Look Over the Farm Gate” program.

It’s also has called for $155m for a long-term energy plan.

Other requests include $104m for ongoing biosecurity work.

‘We really do expect action around rates and infrastructure, especially,” Mr Jochinke said.

“The more complicated asks, such as science based decision making, especially around thinks like animal welfare or planning, are big issues and simple election announcements don’t solve them, as they involve long term commitments to long term change.”

For the next four weeks, Stock & Land will be investigating issues, and policies affecting the farming sector as part of our Victoria Votes coverage.