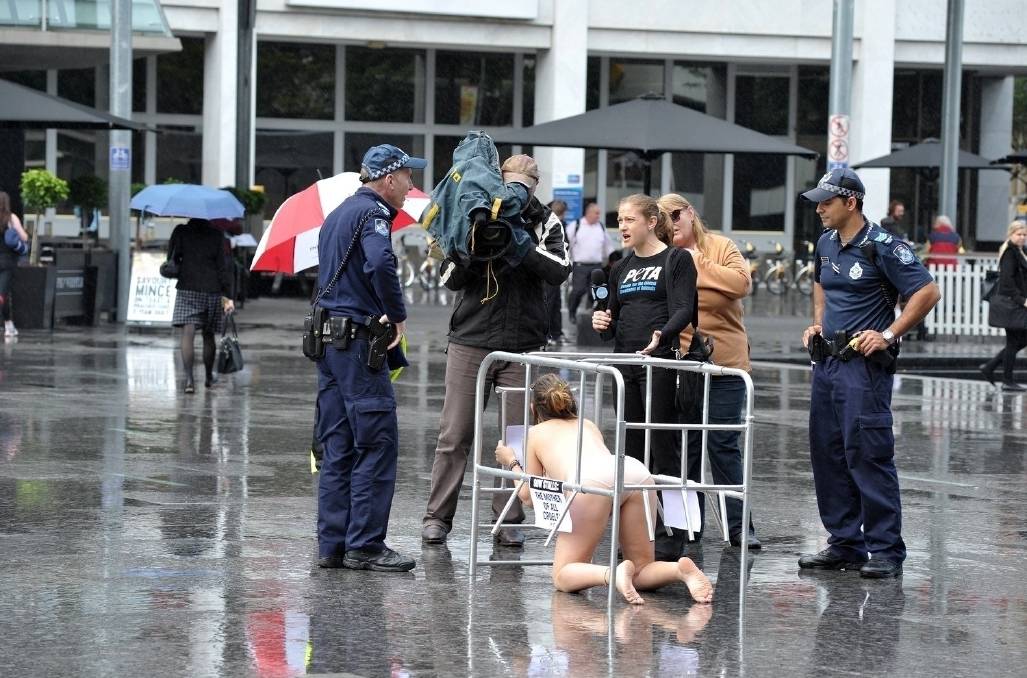 OUT IN THE COLD: A near-naked PETA protester draws the attention of police in Brisbane's King George Square.

We inhabit a world of outrage, which has only been amplified by the ability to generate considerable 'noise' on social media.

It can seem like agriculture is under constant threat from campaigners with various outrages or causes.

In this opinion piece we look at the data on public (not activist) interest in several controversial agricultural topics and we will provide some ideas on how we should use the fickle nature of public opinion.

The advent of social media has turned what were previously news reports into campaigns. When an issue arises, we tend to see a huge uproar.

However, people are largely fickle and after the outrage the majority return to their previous distractions.

In order to develop this report, data has been gathered from google search trends to provide an indication of interest from the public on a selection of ‘controversial’ topics.

The charts give an indication of how many people have searched online for a topic, and therefore how strongly it has captured the public consciousness.

In 2018, Australia experienced its first major act of agroterrorism with the tampering of strawberries.

This caused a high degree of panic by both producers and consumers, with genuine fears of injuries through the ingestion of needles.

This resulted in a sudden increase in the numbers of searches related to strawberries to reach an all-time high in popularity. See Figure 1. 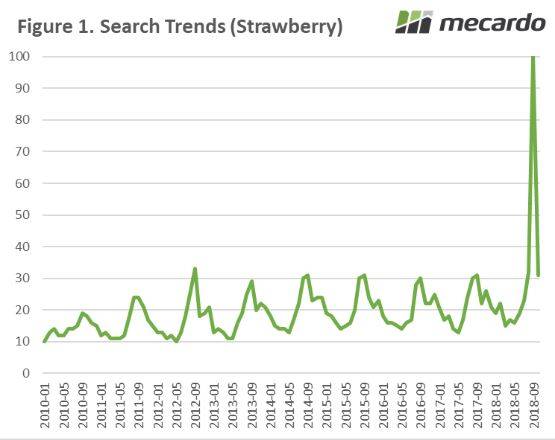 The media and public were supportive of farmers, with supportive campaigns (‘cut it, don’t cut it out’) to ensure that people continued to purchase strawberries.

Although a terrible time for strawberry farmers, the support was positive.

However, as we can see in Figure 1, the interest quickly waned, moving quickly back toward seasonal levels.

The live export industry has had its fair share of poor media coverage in recent years.

This can be seen in the number of searches on live export (Figure 2).

Interest has peaked on two occasions in 2011 and 2018. In both instances horrific footage was released to the press which caused outrage. The 2011 incident provoked a much stronger response than the 2018. However, in both instances the interest was largely fleeting. 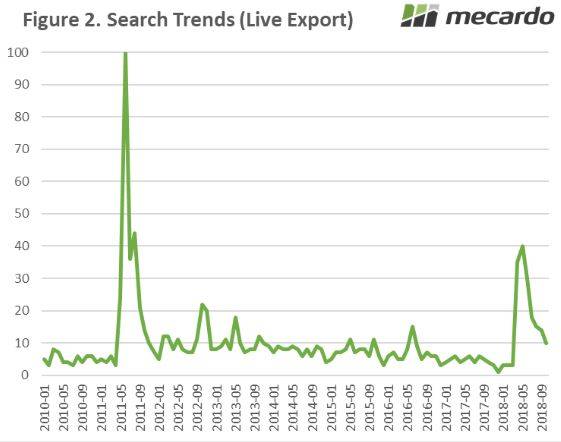 Glyphosate is the most highly used herbicide in Australia, both by farmers and residential households.

In recent months it has been front and centre of the press after Monsanto was rocked by a lawsuit and ordered to pay US$289 in damages.

This order was a result of a jury finding them responsible for causing cancer to a grounds keeper, although this is currently being appealed.

These incidents have caused an increase in interest with glyphosate (Figure 3). During November the interest will lessen, and the public will move onto the next distraction. 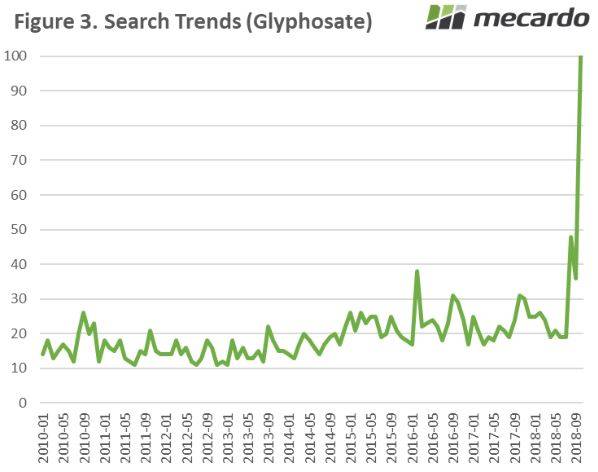 What are the lessons for the industry?

We live in a fast-moving world, where information is exchanged incredibly swiftly. There is always a new cause on the horizon to either move or enrage people. Often after the initial noise interest quickly evaporates on a subject.

There are two different forms of incidents identified in this article, the sympathetic to agriculture (strawberries) and the hostile to agriculture (live export & glyphosate).

The strawberry incident has been a disaster to farmers.

However, it has provided a short-term marketing boost as consumers have an element of sympathy to the plight of farmers. A similar empathy has been shown with drought affected regions.

When an incident occurs, which brings stories positive to farmers, it is important to attempt to extend the story beyond the short attention span of the public.

The negative stories can have very dire impacts on the long-term interest of agricultural industries.

During the immediate aftermath of a controversial story, the pressure is on politicians to make decisions. This occurred in June 2011, when the government banned the live export of cattle.

It is important for the industry lobbyists to steer the course of any decision beyond the immediate noise, to ensure a rational and well investigated verdict is made.

Once the public interest has depleted, the engagement will only arise from a passionate minority of activists and campaigners.

These hard-line activists and campaigners need sustained public opinion to be in their favour to enact change, and once initial interest has diminished their pressure abates.

When we examine wider, we can see that the general populace is far more interested in more lowbrow subject matter.

This is shown by the much larger interest in television shows such as 'The Bachelor' - figure 4. 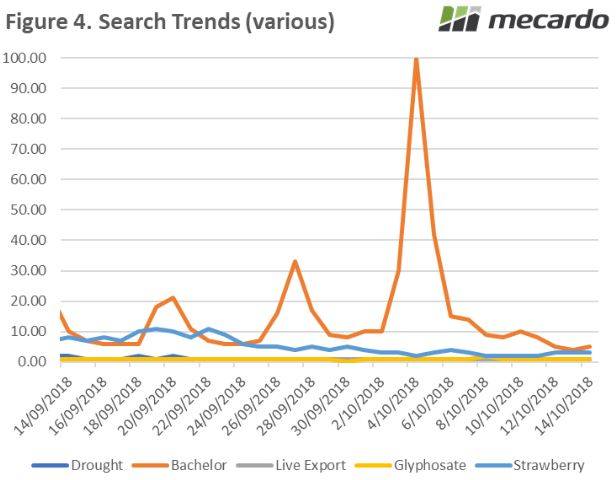 The story The age of outrage and the impact on farming first appeared on Farm Online.