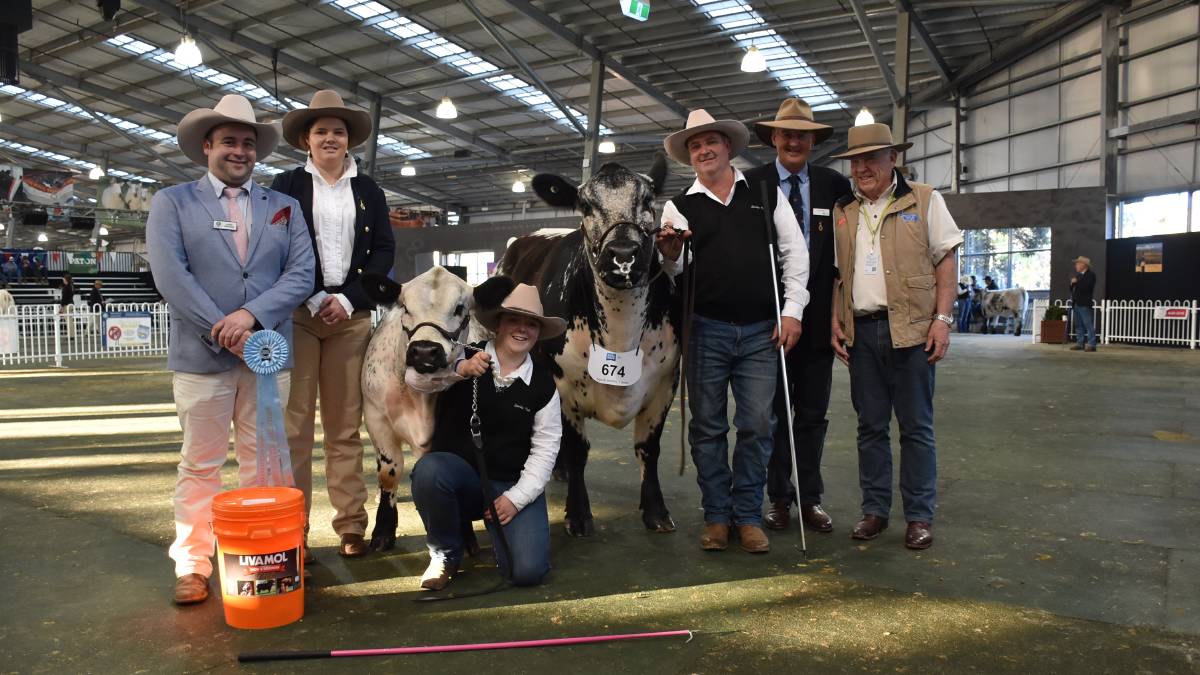 Affectionately known as ‘Lavender’, the three year-old cow had a five month-old calf at foot.

The Newham stud’s Ann Ellis said the cow had been a standout member of the herd since she was a young heifer.

Ms Ellis said she was a lovely animal with great structure and disposition, and beautiful markings.

The senior cow was commended by judge Peter Collins, Merridale Angus, Tennyson, for doing a terrific job on her bull calf.

Mr Collins said she was a clear winner.

“She’s got a stack of milk, she’s alert, and she’s very well put together, with a terrific hindquarter,” he said.

Also from the stud, John Ellis, said their aim of showing at the Melbourne Royal was to draw attention to the breed and their operation, and to get supreme was “the perfect way to do it”.

When judging supreme, Mr Collins said if he and associate judge Dianna Branson, Banquet Angus, Mortlake, had done their job properly, the champion bull and female should have complimented each other.

“They both can work, and show that they have the capacity to do so in tough times.”

And it was a bull by The Pines Speckle Park, Gunbower, that took home the champion bull ribbon.

Mr Collins said while The Pines’ junior champion and the senior champion, by Black Diamond Speckle Park, Macorna, were both “beauties”, he couldn’t go past the junior.

“He’s good through the top and has a superb hindquarter, he’s just got a big future ahead of him,” he said.