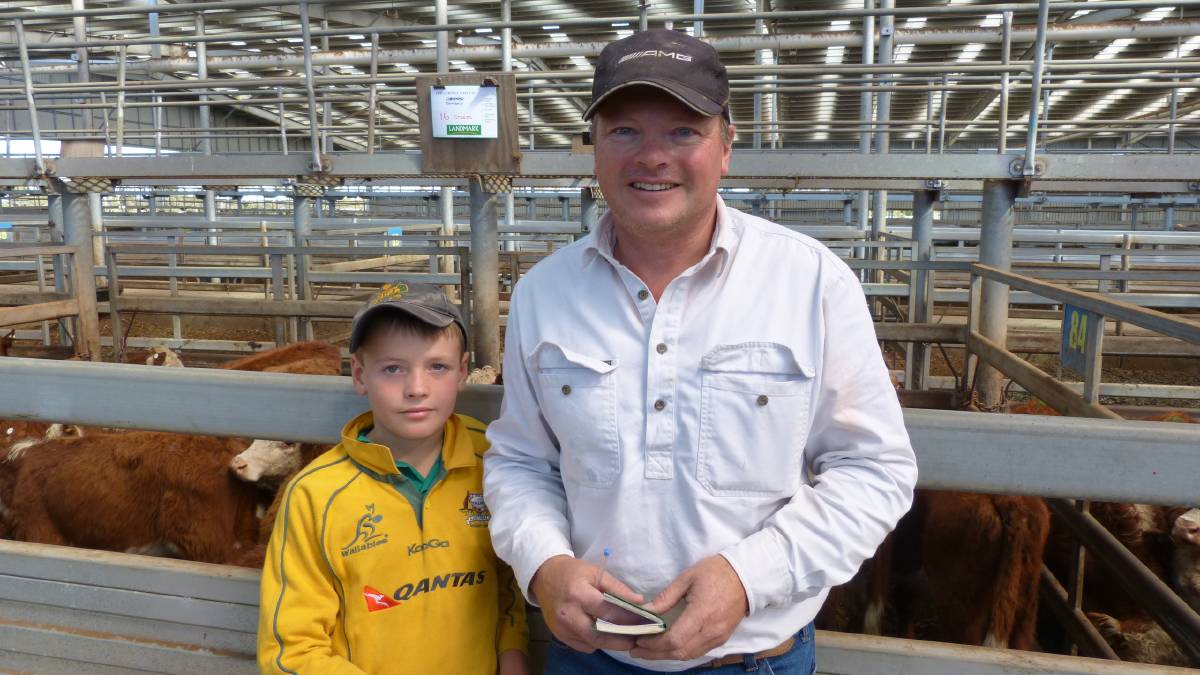 Sturat and William Box are all the way from Roma, but Stuart was purchasing cattle at Leongatha for his mother Anne on the family property at Buffalo.

Numerous cattle from Bega, and district, Bombala and Central Gippsland filled the yard.

Several consignments from the Bega district, some from Bombala, and many from local and central areas of Gippssland, combined to see 2150 head offered. This tally did include 150 cows and calves, some joined females, some from Bega and Orbost.

One of the regular feedlot buyers was not present, which left only two to bid for suitable yearlings and some younger cattle.

Some of the good quality yearling steers sold to the strongest demand, but were still 15 to 20 cents per kilogram liveweight cheaper. 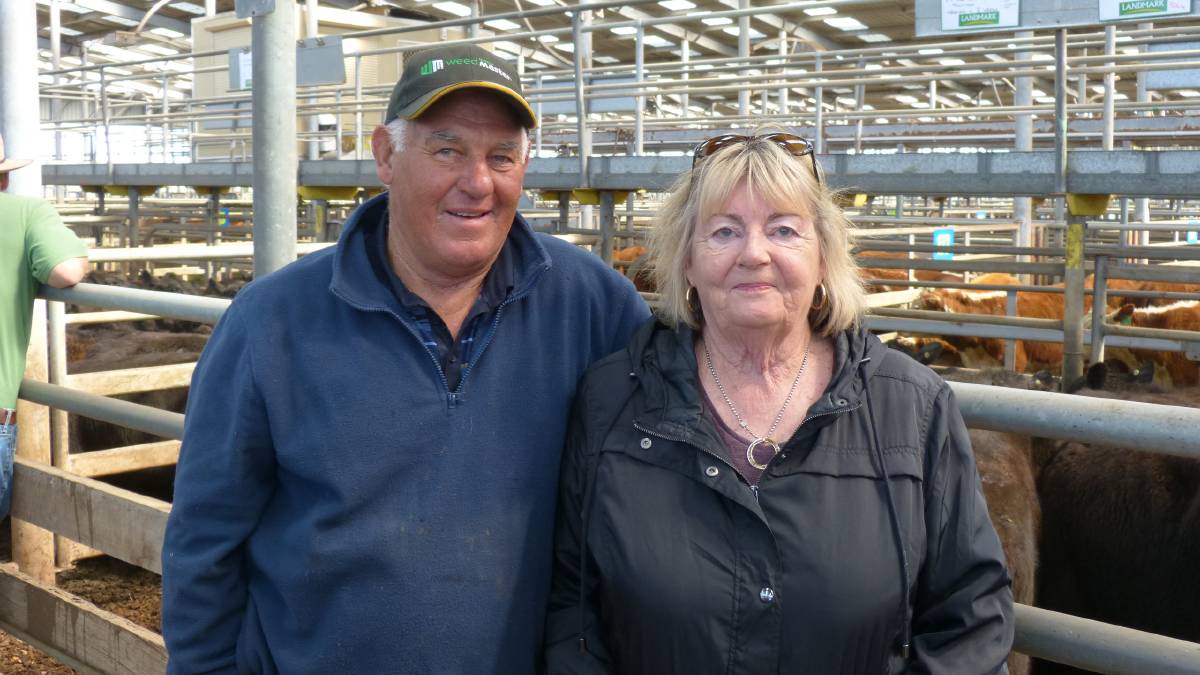 Competition for steers weighing under 360kgs was very mixed, and generally quite poor. SJC Farms P/L, Thorpdale, sold 14 Angus steers from $810 to $950.

One of the best sales was for 19 Angus steer weaners of D McGrath, Phillip Island. These steers weighed 338kgs, and sold to strong demand making $1020, or 302c/kg lwt.

A good selection of older Friesian steers were offered, and sold reasonably well considering the overall market trend. Heavier Friesians sold to $710 with sales noted between $250 and $670 for most steers.

Heifers fared no better,and at times sales were quite cheap. PR Henderson Farms, Orbost, sold 25 Hereford heifers, 20-24 months, which were his next run of breeding heifers. These sold to a feedlot form $610 to $910, and the three hundred dollar difference was for no more than a 65kg drop in weight.

Competition for heifers varied greatly with better quality and weight selling to the best demand. However, most of these heifers sold only from $400 to $680 with a few pens weighing over 300kgs reaching $770.

Cows and calves could have sold better, but in the bigger scheme of things, prices were not too bad. W&R Hiergenham, Bega, sold 48 cows with very good quality Charolais calves, from $650 for two old, plain cows, to $1280 for large frame beef cross.

There was a run of joined females, mostly only heifers, which were PTIC to calve next march. PRices ranged from just $310 to a top of $740..