In what's been a troubling season in many parts of the country, buyers still bought with confidence at Toland Merino and Poll Merino stud’s on-property ram sale. 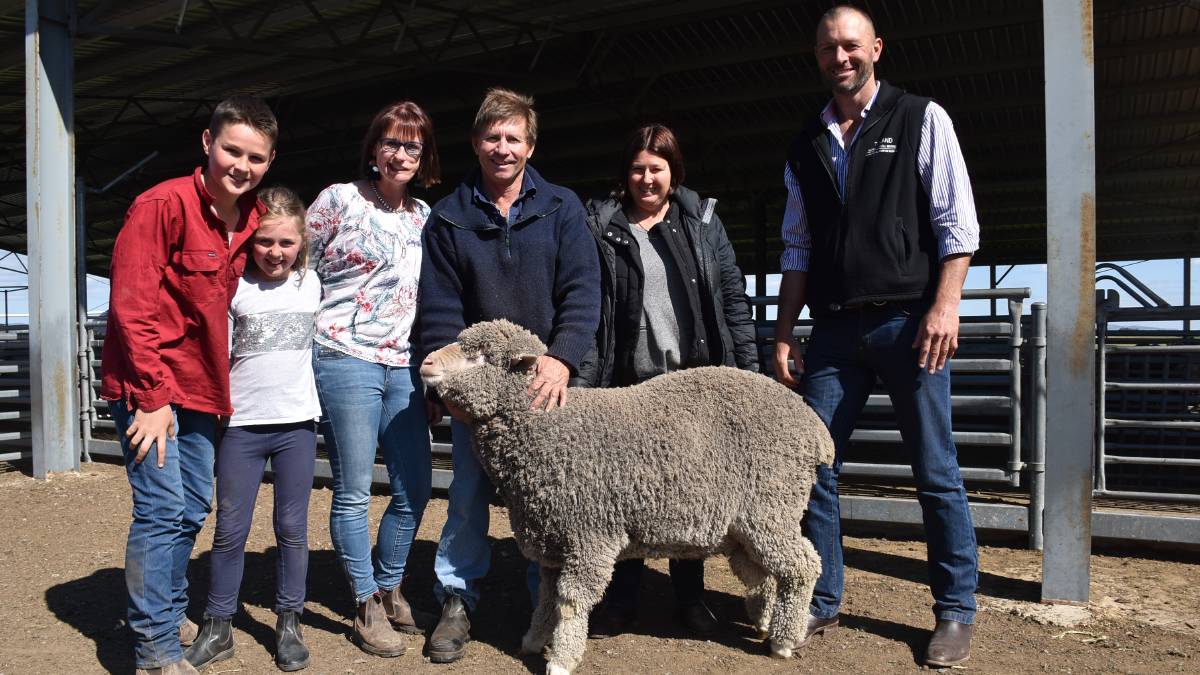 In what’s been a troubling season in many parts of the country, buyers still bought with confidence at Toland Merino and Poll Merino stud’s on-property ram sale.

In opening the sale, the Violet Town stud’s Simon Riddle said “these boys have done it pretty tough”, but strong genetics meant the line up was still strong.

Phil and Jackie Muecke, Penola, SA, purchased one of the two top-priced rams, taking home five for the day.

The Mueckes are return clients of 18 years, and said their focus isn’t so much finding the biggest ram in the catalogue, but the one with the best wool qualities.

“It’s got to be white and have bold crimp, and we’re looking for consistency,” Mr Muecke said.

The other $5000 ram was purchased by Stuart Warner, Beechworth, a return client.

Mr Corker, who has been sourcing rams from Toland for eight years, said the rams have bright, white wool, with a nice staple.

In the time that he has been buying, he said his wool cut and quality has lifted dramatically.

He said last year they averaged $3000 a bale for their wool, and this season’s wool is looking up to scratch, having just finished shearing.

Having bought from Toland for the last 10 years, Mr Fox said the rams’ dual purpose ability is attractive.

He said in today’s market, it’s important to have both good wool and carcase qualities.

In the last 10 years, he said he’s been able to even out his flock, and improve fertility.

Toland’s Anna Toland said she was pleased with the result of the sale, particularly given the season.

But Ms Toland said they were confident their rams could still perform really well, and was grateful for the support from buyers.

Many of which, she said, were return clients of many years.