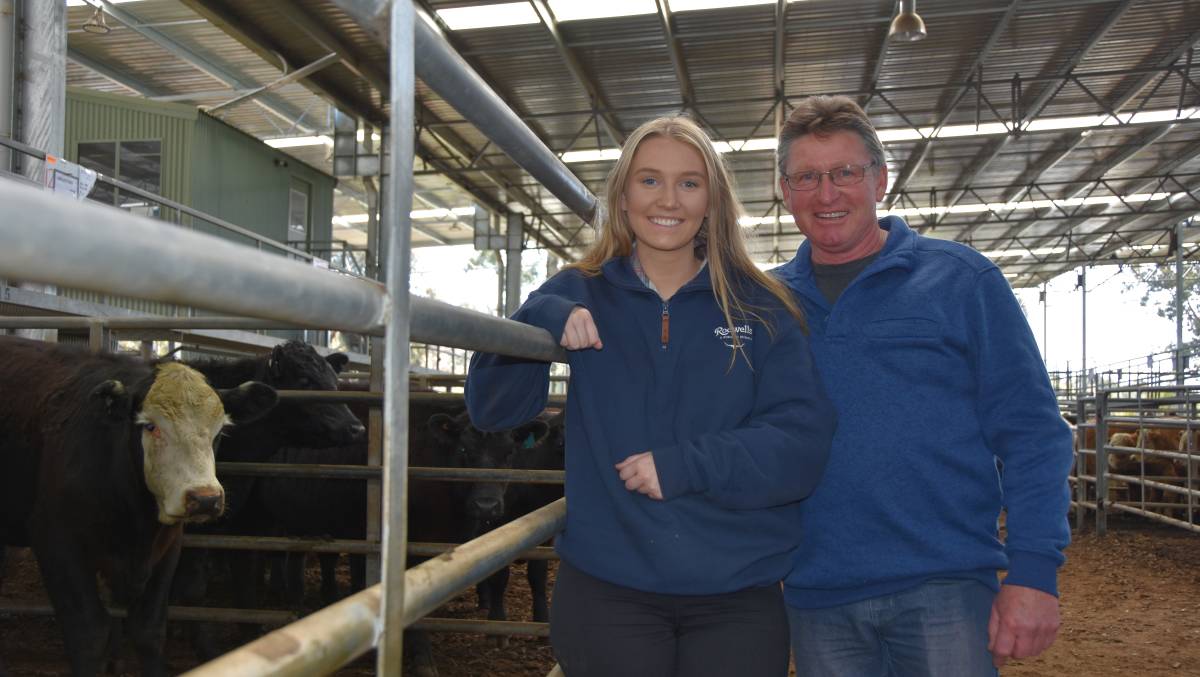 HAPPY SELLERS: Greg and Darcey Heffernan, Beveridge, were happy with the sale of 11 Black Simmental cross steers, averaging 344 kilograms, for $1050.

Agents said the large yarding of 2800 head was boosted by NSW producers from around Deniliquin and Hay, turning off stock, as the dry conditions continued to bite. 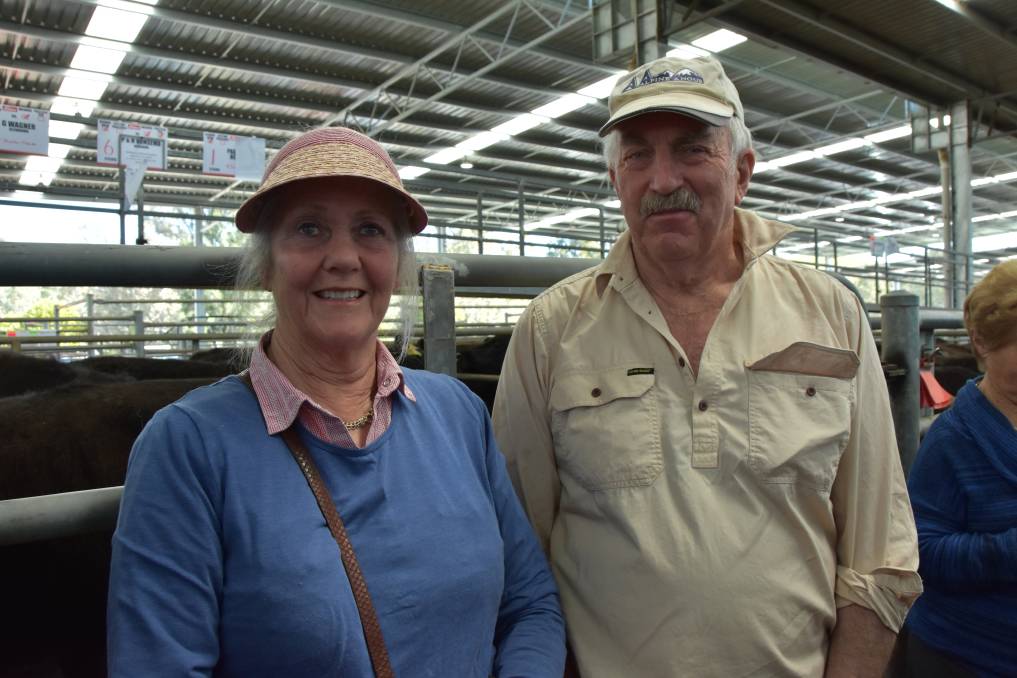 SIMILAR PRICES: Ange and Wes Jeffery, Avenel, sold at Euroa, the week prior to Yea and found similar prices, at both markets

Elders Yea’s Ryan Sergeant said the first run of steers made around 300 cents/kilogram. 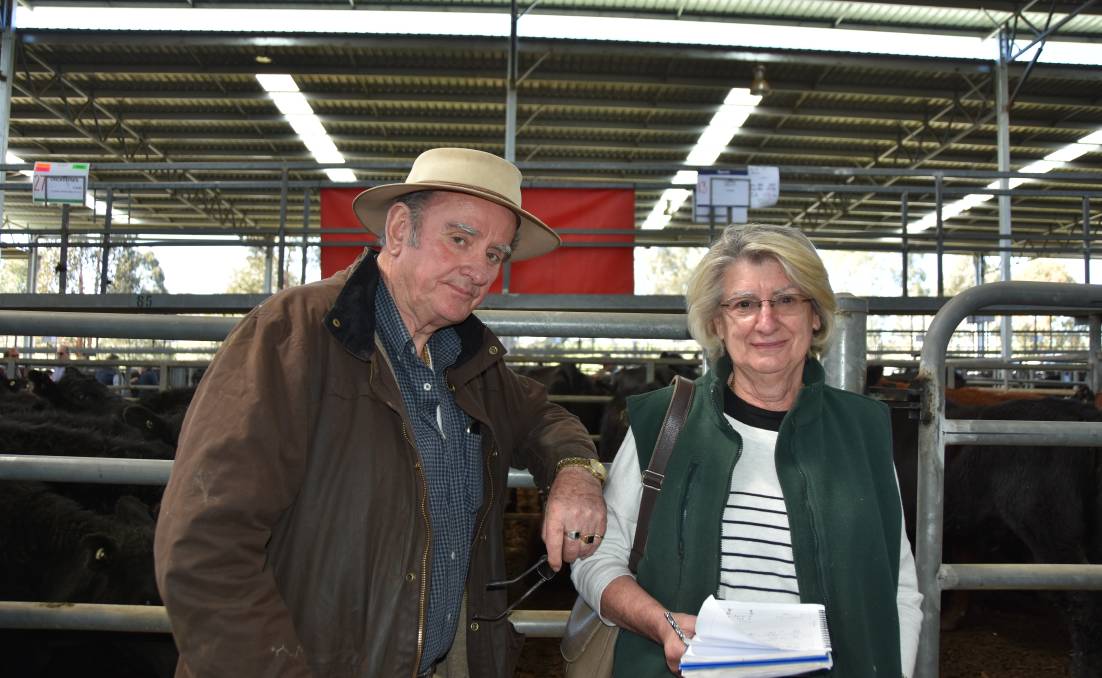 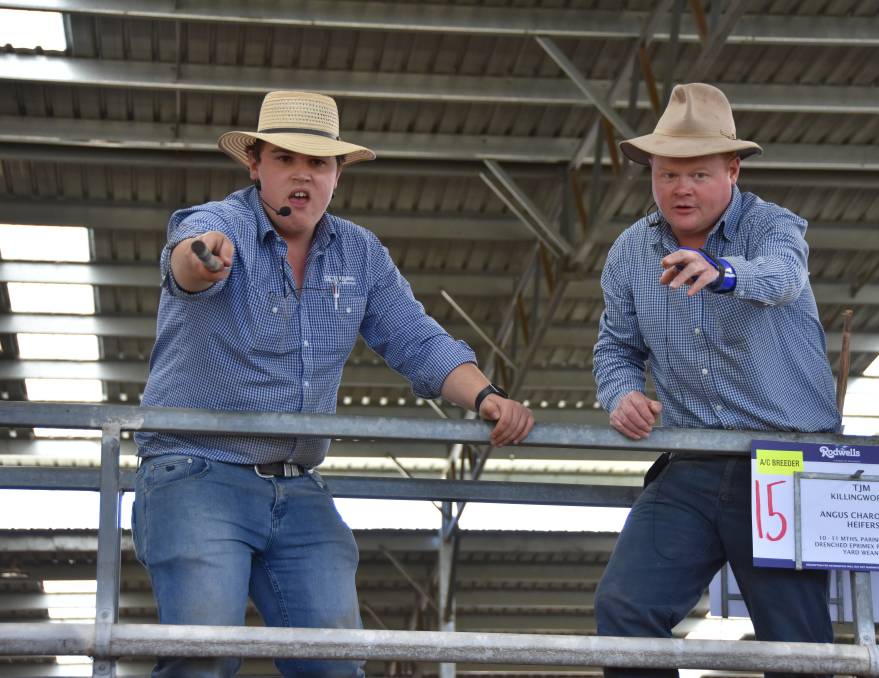 “In that first run, if they had polish, bloom and good breeding, they made very good money.”

Stock, which was in poorer condition, and lighter steers, came back in price.

“There was a lot of demand for Angus,” Mr Sergeant said.

‘Once we changed color, to the Herefords and Charolais, the demand really weakened off,” Mr Sergeant said.

“But as long as there is a bid of breeding behind the Herefords and Charolais, there is no reason why they should not make money.”

Other solid sellers were Borsema, which offered four, August-September 2017, Paringa Charolais blood steers, weighing 368kg. They sold for $1015, or 275c/kg.

Rodwell’s Adam Mountjoy said while cows and calves were tougher in some places, quality stock made good money.

The leading steers made up to 280 cents/kilogram.

“Quality penned and better bred cattle made similar rates to what we have achieved lately,” Mr Mountjoy said.

There was significant buying depth from Gippsland, Tasmania, locals and north-eastern restockers.

“The lead heifers made a touch over 220c/kg, but once we got into the lighter weight and bigger lines of cattle they exceeded expectations and made up to 250c/kg, so it was very much a satisfactory result.”

“People are concerned about the risk of buying the little, lighter steers and paying more cents per kilogram for an animal which is not going to be ready for 12 months,” Mr Sergeant said.

“They are worrying about February and March next year, and don’t want to carry light cattle through.”

When it came to heifers, Mr Sergeant said the trend was reversed, with lighter stock picking up higher prices per kilogram.

Roberts Tasmania was active on the lines of heifers.

Their buyer, Warren Johnston, picked up most of the draft of eight to ten month old Box Creek Pastoral Reiland and Booroomooka blood Angus heifers.

“Even though the quality was there, demand wasn’t quite there.”

“It was completely opposite to the steer job, so it was quite a strange market, in that sense.” Mr Sergeant said.

The PTIC second calvers were from Mawarra and Red Hill bloodlines, depastured to sons of Lawson’s Incredible.

“It’s a good opportunity for people to buy an animal that’s got a calf at foot, to sell that calf in eight or nine months,” Mr Sergeant said.

“That’s a sixty per cent return on investment, which is pretty good trading,” Mr Sergeant said.

It was completely opposite to the steer job, so it was quite a strange market, in that sense. - Ryan Sergeant, Elders

Mr Sergeant said feedlotters were quite active, supported by commission buyers and local agents, from Yea and Mansfield, as well as South Gippsland. 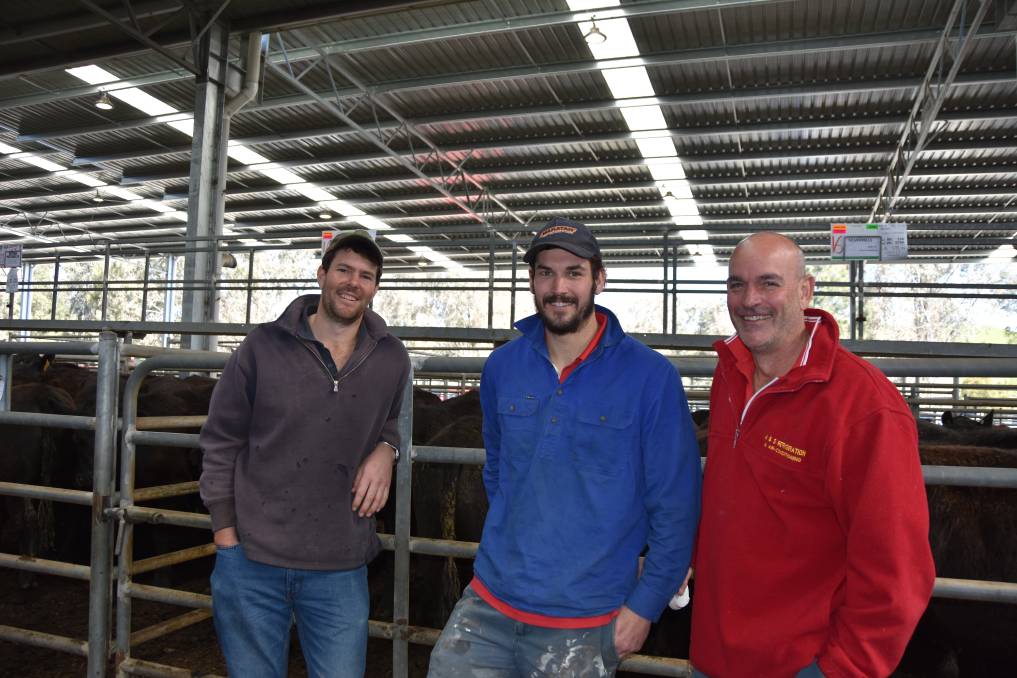 +6
Bidders, vendors and onlookers at the Yea September store sale.