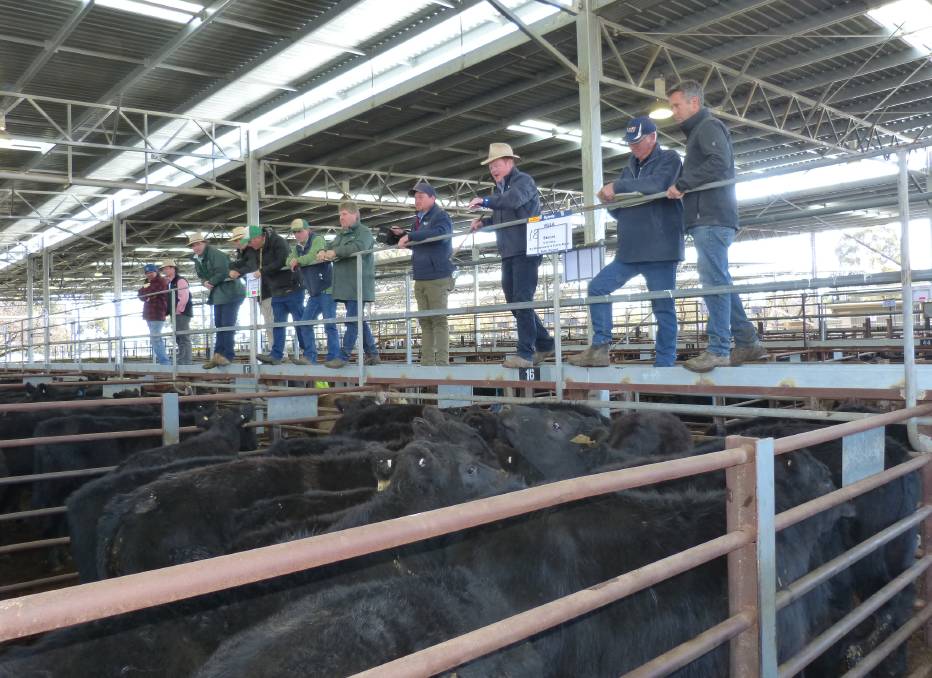 Cattle offered at Euroa were in winter condition and attracted weaker demand from most of the regular buyers.

Demand was weaker with regular buyers restricted by quality

The yarding consisted of some very well bred lines of cattle but most were showing the affects of the winter, and tight seasonal conditions.

Finally, rain has fallen across some drought affected regions of the north, but it is too early to show, or have any impact on prices in the store market.

The market eased on some lines of cattle depending on breed and quality, but prices remained firm on better presented lines.

Feedlot buyers were less active at the market, which saw prices for these cattle fall under current rates being offered direct to the feedlot. Most of the 1400-head penned remained locally and within the North East with a few heading south to Pakenham, and across to Ballarat.

The time of the year, and with some local feedlots being at capacity, combined with a lot of producers not having a lot of grass to deplete some of the competition.

Tasmania buyers were present and did operate on smaller lighter weighted weaned steers and heifers, purchasing at least one load.

Most vendors expected a soft market but we are quickly running out of options with perspective buyers.

A larger line of 73 plain, lightweight Angus steers of Brynton P/L sold for $690.

Seven good quality Charolais X Heifers , 423kgs, offered by I&M Riley, sold for $1000 to top this section of the market. Slightly lighter in weight was 8 Charolais cross Heifers from Glenfyne, selling for $940.

While most cattle were supplied from local districts, “Greenacres” sent 47 Angus cows with their 1st-3rd calves at foot, to Euroa. Selling to a top of $1550, the top pens averaged $1480.