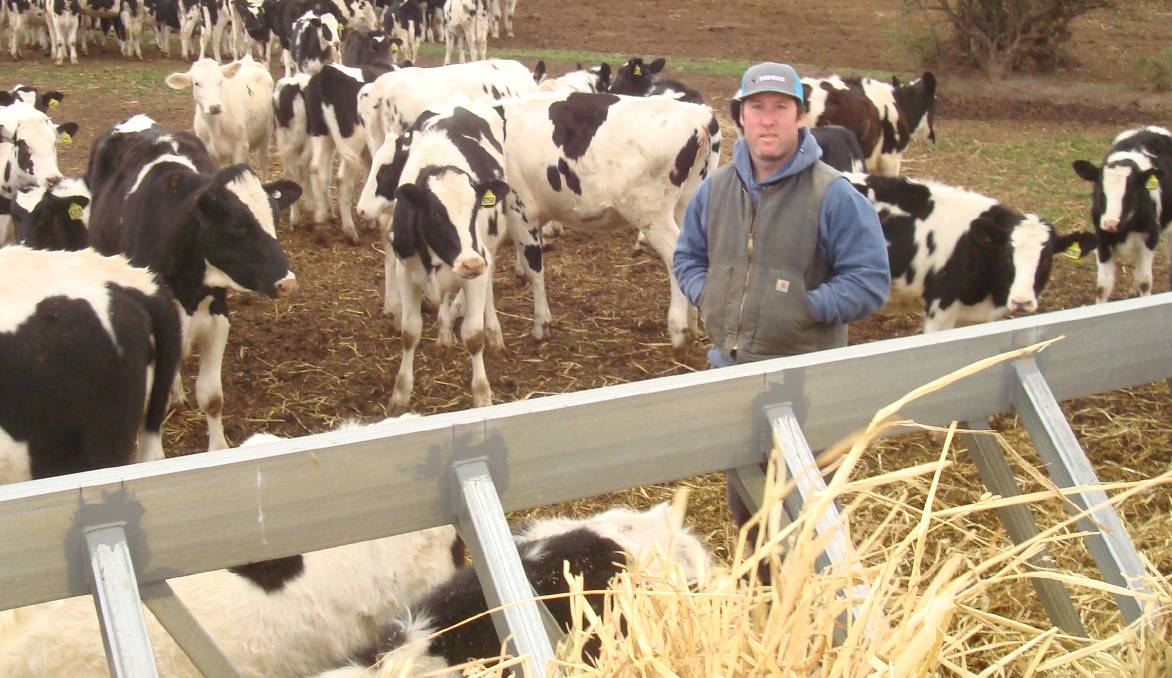 With 750 cows being milked now, growing to more than 1000 by the end of calving, sourcing hay and fodder is a constant and expensive exercise for Maffra dairy farmer Justin Johnston.

With 750 cows being milked now, growing to more than 1000 by the end of calving, sourcing hay and fodder is a constant and expensive exercise for Maffra dairy farmer Justin Johnston.

Mr Johnston, who operates the family farm in East Gippsland with parents Robert and Lynette, said the 440 hectare farm was carrying around 1700 cattle including all heifers, dry stock and milkers.

The milking herd alone was chewing through 10 kilograms per cow of hay – nearly 50 tonnes of hay a week – 5kg of grain every day and little bit of grass.

With virtually no rain recorded since September 2017, access to hay was a priority and limited by competition from local drought affected areas as well as areas interstate.

Mr Johnston said hay was sourced from three avenues and came mostly from the west and south west of the state.

He said hay supplies were tight from now on and new season’s oaten hay was expected to start in the mid $300s/tonne.

He said he was still seeking around 500 bales to take him through to the end of September.

The drought meant young cattle needed more hay because of a lack of feed in the paddocks. The region has received virtually no rain since December 2017.

Mr Johnston said the cows were on a pasture based system with crushed wheat fed in the dairy and hay fed in the paddocks.

Hay plays a big role in the nutrition of the herd in the form of high protein hays as well as wheaten and oaten hay to inject more fibre into the ration. 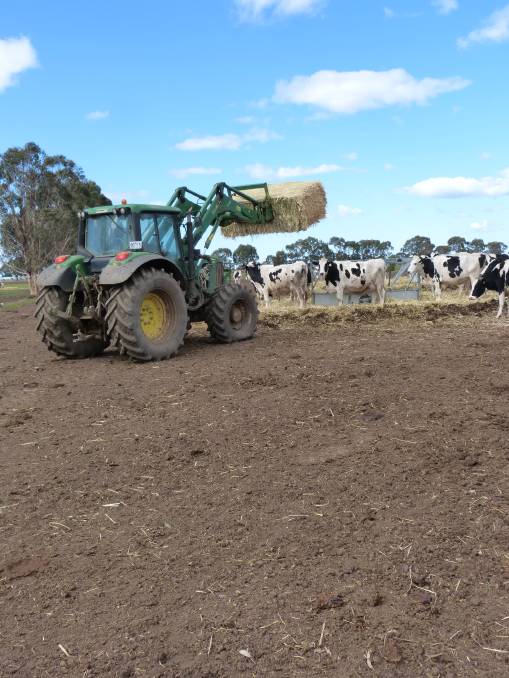 The current supply of oaten hay was good quality showing protein of 12 percent, metabolisable energy (ME) of 10 and neutral detergent fibre  (NDF) of 48.2 percent.

He said it was a case of chasing outside feed all the time with the herd size and with dry stock also going through the dairy to keep them going.

“The country normally used for dry cows is all north of the Avon River, and there hasn’t been any grass growth in that area for months,” he said.

“There have been no cattle on those paddocks for two months and there is till nothing there.

“We’re waiting for spring rains to kick it off.”

The farm has access to irrigation water from Lake Glenmaggie and currently has an 85 percent allocation.

Mr Johnston said he had watered 320ha already. Normally he wouldn’t start until September because it was normally too wet.

“If you irrigate early you can get caught out with a bit of rain and all of a sudden you’re super wet,” he said.

“It’s a green drought – there’s a green tinge to it but no growth.”

Irrigation interval is carefully monitored depending on rain. “I don’t want to get caught out,” he said.

Mr Johnston said he was waiting for milk prices to rise a bit more so he could sell milkers over the next six to 12 months.

“I want to be more self sufficient in fodder and not so reliant on outside sources,” he said.

“That would be of more benefit to me up front,” he said.

Current production was about 28 litres/cow which will increase as the fresh cows come in and the autumn calving cows go out.