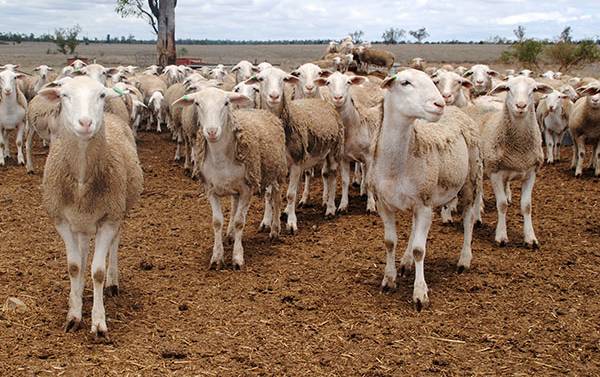 Mecardo analyst Robert Herrmann explains how the drought is expected to impact lamb supply and prices.

DRY weather in New South Wales, northern South Australia and Victoria is impacting the timing of the turnoff of winter sucker lambs. The question in assessing the impact on price for the coming season is how will the dry impact total lamb supply for 2018/19?

The concern is that NSW lambs which weren’t at slaughter weights as suckers are going to flood the market in spring and early summer, competing with suckers from the south. Obviously, the issue for the thus far fortunate southern lamb producers is that prices will be much weaker when they begin to market lambs as supply overwhelms.

The theory behind this is sound, however, it doesn’t take into account the fact that in drought fewer lambs are produced in total.

It doesn’t take into account the fact that in drought fewer lambs are produced in total.

We’ve heard some shocking lamb marking anecdotes from Western NSW in recent weeks. These range from 30 lambs from 1000 ewes (3 per cent) to marking rates up to 20pc. Over the last few years, the marking rate for these areas has been 80-100pc. MLA’s sheep flock distribution map shows that Western NSW was home to 2.5 million head of sheep in 2016.

These numbers start to build when we apply the same thinking to the more populous sheep areas of Lachlan, Murrumbidgee and Central West. All are drought affected or in drought, having received 20-40pc of their average rainfall for the last six months.

These three regions of NSW are home to 16 million sheep, and at 55pc, about 9 million breeding ewes. Assuming marking rates of 95pc, you would expect these regions to produce 8.5 million lambs.  It’s hard to put an exact figure on marking rates under drought conditions as extensive as those currently being experienced, but these key regions will produce fewer lambs to market under reduced lamb marking rates (Figure 1). 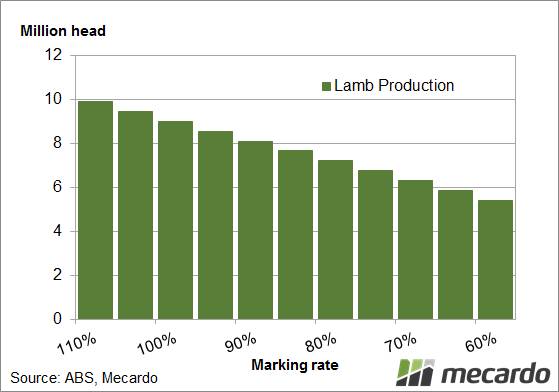 History tells us that just because the number of lambs marked in certain regions falls, doesn’t automatically mean lamb slaughter will fall. However, it’s hard to argue a dramatic fall in the lamb crop will see lamb slaughter rise.

With lower lamb marking rates, we expect the NSW lamb crop to be at least 2 million head fewer. This will impact lamb slaughter in 2018-19 if the full two million are stripped off to slaughter (Figure 2). If there is general rain in the dry affected areas, even fewer lambs are likely to make it to slaughter, as producers move to rebuild flocks.

However, the timing of lamb supplies is still largely unknown. The late spring and early summer lambs should still be supplied in reasonable numbers, but other periods could see significant supply squeezes. 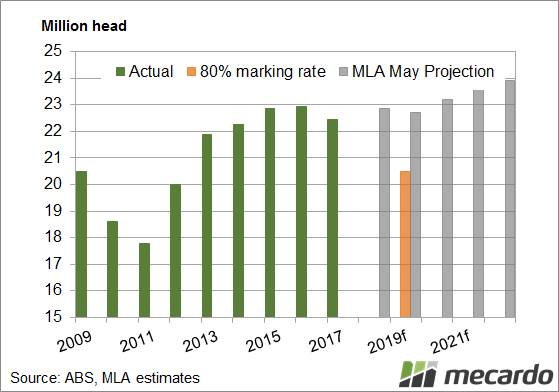 The story How the dry will impact lamb supply first appeared on Farm Online.