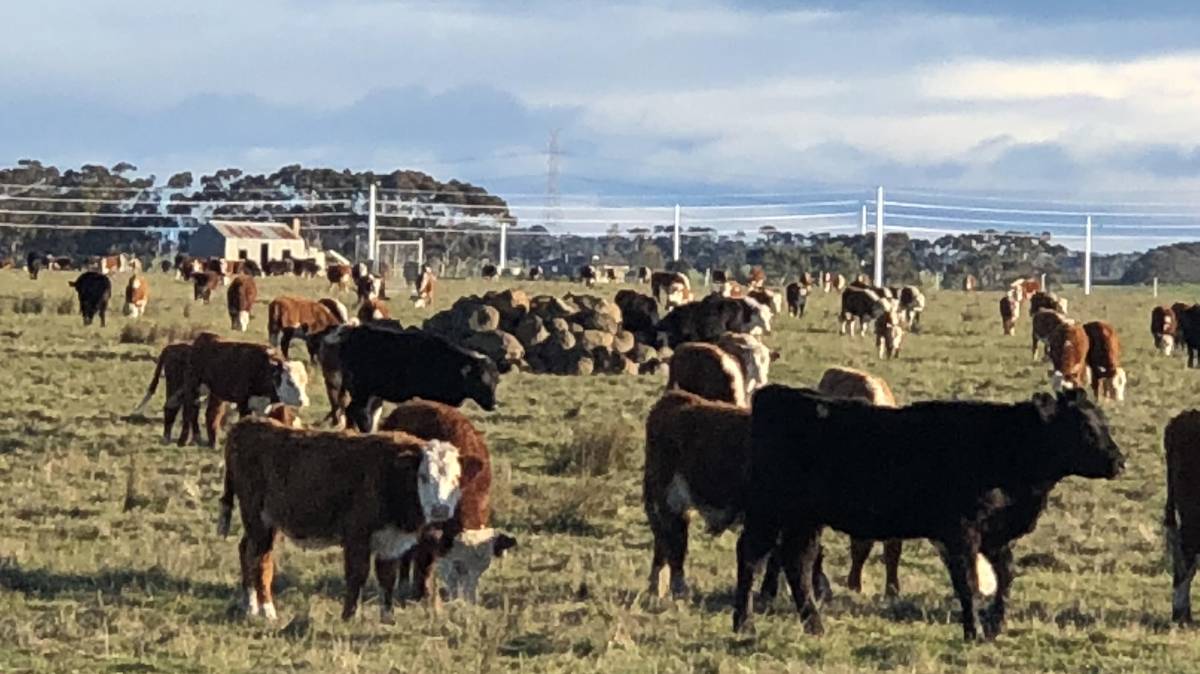 Mortlake: Cattle from the drought affected areas of the New South Wales Riverina in holding paddocks prior to being sold at Mortlake on Thursday.

What was an emerging trend of large numbers of cattle and sheep heading south to be sold has now become a savior.

What was an emerging trend of large numbers of cattle and sheep heading south to be sold has now become a savior.

Extended drought conditions in Queensland and New South Wales, with more than 99 percent of the latter now drought affected, has been the catalyst for the movement.

The sale will feature good lines of black cattle and also Hereford calves from as far north as Tocumwal, NSW.

He said livestock selling centres in central and western Victoria were attracting cattle from the Riverina district, while cattle from southern Queensland and central NSW were being yarded at Barnawartha.

With Mortlake less than six hours from Deniliquin, drought affected producers are offloading stock where the feed is green in the Western District, which had experienced good winter conditions.

“Previously the yardings have been grown cattle, but this yarding would be more weaner cattle,” he said.

As well as nearly 800 weaner steers and heifers from various vendors in the Riverina, new listings included cattle from Bathurst in NSW and SA.

Gippsland has been another destinations for interstate cattle.

Graeme Fullgrabe, Sharp Fullgrabe, said Bairnsdale Livestock Exchange had been a focal point for cattle from the Monaro and south coast of NSW for more than a month.

He said the drought conditions had triggered a sell-off of young stock from southern NSW to Bairnsdale.

The situation led local agents to schedule a specialstore sale for August 24 for the younger cattle and another in September for cows and calves.

“We are expecting all agents to yard about 1500 in total, and we should have around 400 mostly from across the border in NSW,” Mr Fullgrabe said.

Elders branch manager, Trevor Basset, Swan Hill, said he had been quietly filtering northern cattle through the yards for about six weeks.

“The past three or four fortnightly sales we have put some stores in after the prime sale,” he said.

Most of the northern cattle were coming from the NSW far west around Broken Hill and Cameron’s Corner in western Queensland, about 1000 kilometres from Swan Hill.

“The cattle are still fresh in condition to go forward and continue to do; they’re not drought stricken,” Mr Basset said.

The majority were Hereford and black baldy weaners, about 120 to 220kg, but future drafts would be heavier at 220-230kg.

Elders Pakenham’s Jamie Quinlan, said in the past six weeks cattle from NSW had passed through Pakenham.

He said the trade south had opened opportunities for people to market stock as well as for different buyers with different ideas.

At Hay, NSW, local agents are relying on the area’s BiosecurityArea status to attract buyers from South Australia to its August store sale.

Landmark, Livestock Manager, Geoff McDougall, Hay, said the planned yarding had risen to more than 14,000 from the advertised 12,000.