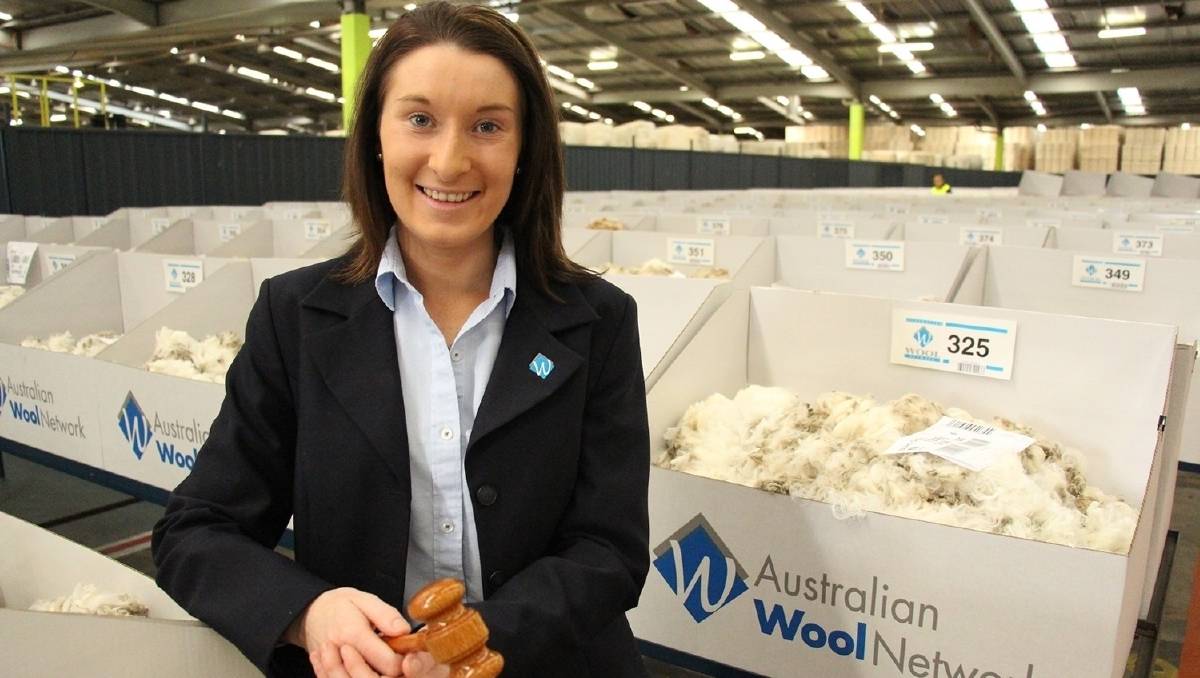 Australian Wool Network's Cassie Baile is one of the 2018 Wool Broker of the Year finalists.

Cassie Baile deferred her university studies when she was offered a traineeship in the industry, and after four years of hands-on experience, looks forward to returning.

Cassie Baile deferred her university studies when she was offered a traineeship in the industry, and after four years of hands-on experience, looks forward to returning.

The Australian Wool Network (AWN) northern wool technical officer is based in Goulburn, NSW, but spends the majority of her time on the road, visiting clients within a two-hour radius of her home base.

Ms Baile also makes the two-hour journey to the Sydney woolstores on a weekly basis, to support AWN’s  team throughout the selling process.

It’s an industry she’s been passionate about since she was a young woman, having grown up on a sheep farming property at Bendemeer, NSW, and she has been recognised for her hard work and determination, being announced as a finalist of the 2018 Wool Broker of the Year.

After two years, she deferred the course, to complete an industry traineeship.

After three years in Sydney, she decided she wanted to move back out to the country, and in good timing, saw an opportunity come up at AWN.

She applied, and was successful, and recently celebrated three years with the company.

Ms Baile has a lot to do with the running of AWN’s weekly sales.

“My role is to ensure that all wool lotted for each sale is typed and prepared properly, as well as having the sale catalogues and instructions organised ready for sale day, so all runs smoothly,” she said.

She’s also quickly developed as an auctioneer for the company, which she said is incredibly rewarding.

But she said one of her favourite parts of the job is getting out on the road.

“I do have a passion for the land and the people that are on it, you meet so many people and create rapport with them, they become your mates, and that’s very important to me,” she said.

She’s optimistic about the future of the industry, and the opportunities for young people.

“I love this industry, and particularly these last couple of years have been really positive with the market firming up, hopefully that will create certainty for the wool industry for future generations coming on the land,” she said.

She said she is extremely proud to be able to represent herself and AWN as a Wool Broker of the Year finalist.

“I’m just one little building block in the industry and if I can have a positive influence in spreading the word about how good the fibre of wool is, then I would love to be able to do that,” she said.