New Breed was launched at the Young Stud Masters' Muster. 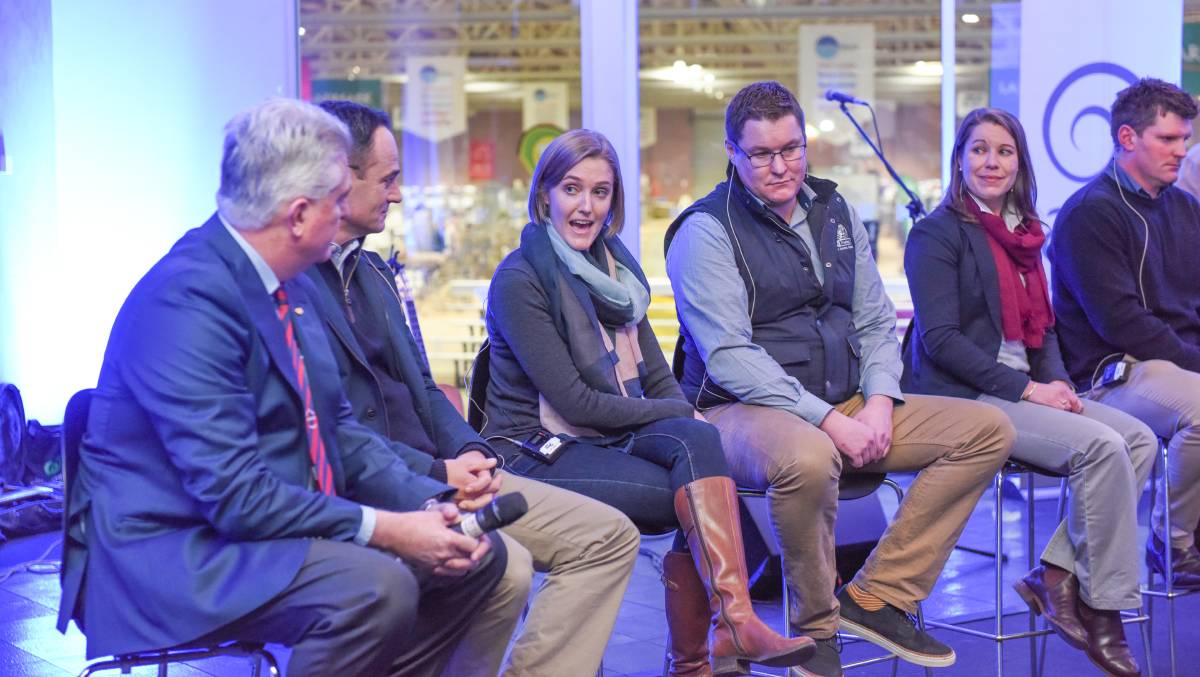 Agriculture is booming, but who will reap the rewards?

The value of on-farm production is predicted to reach $61 billion this year, 11 per cent more than the 10 year average, according to ABARES.

But the industry still struggles to first attract young people, and then help them prosper when they arrive.

Which is why Stock & Land, in conjunction with the RMA Network, TechWool Trading, Sheep Producers Australia and Fox & Lillie, have launched New Breed.

The first of six New Breed forums was held at the Australian Sheep and Wool Show in Bendigo on the weekend in conjunction with the popular Young Stud Masters’ Muster.

Mr Cornish opened questions to the 80 food and fibre enthusiasts in attendance and asked them how we were going to make the sheep and wool industry “sexy”.

“Because I tell you, when I go to schools in Melbourne, they are not sitting there saying ‘you know what I want to be, a wool producer, can’t wait’, if we want to have a future industry we need to engage those people and get them in,” Mr Cornish said.

And the young producers in the room gave him their answer, raising three main issues industry needed to address to make it a one they could see a future in – access to farm land and capital, long-term farm profitability, and animal welfare and consumer perception.

The remaining events will range from intimate pub talks to larger political forums, and Stock & Land editor Annabelle Cleeland said they want to know what was important to the next generation of industry members, and how they could support their dreams.

“We’re not preaching to the converted, as you’re already interested in this great industry, but wanting to take your passion a step further by connecting you to career mentors and industry leaders, while challenging the way you think about the future of your industry,” Ms Cleeland said.