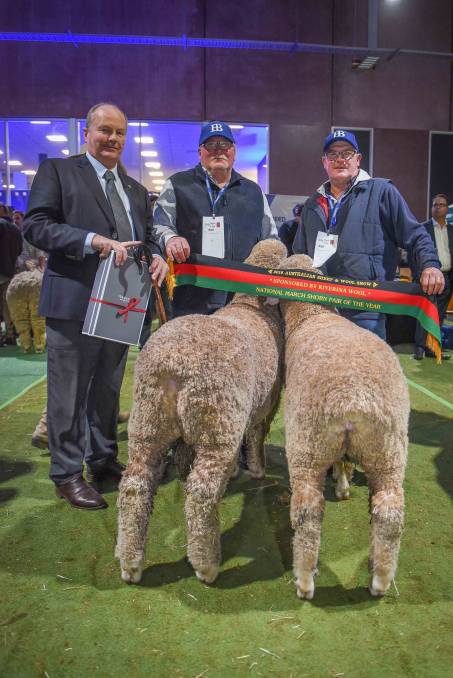 It was one of the stud’s major Bendigo highlights since buying the stud in 2005.

“We are over the moon- we never expected that,” Tony said.

“The ewe will go into our top ewe flock and we will collect a bit of semen from the ram.”

Both were progeny of well established East Bungaree bloodlines with the Imperial family ram measuring 21.1 microns with a 2.9SD, 13.7 CV and 99.5CF.

The ewe from their Otto family was 18.9M.

“They are both well built and a credit to the breeders,” he said. 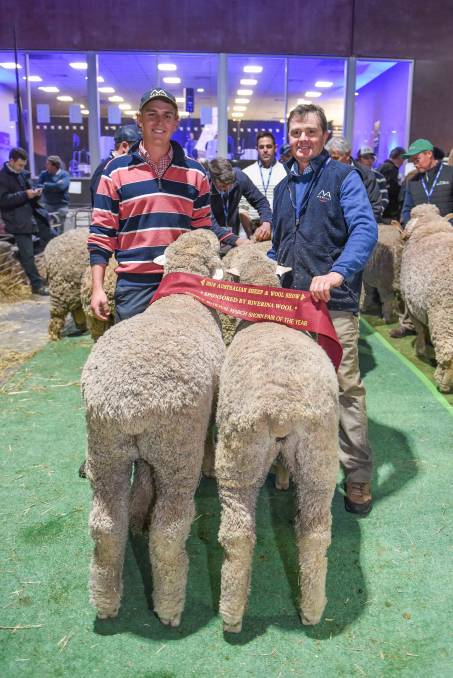 SA exhibitors had three of the top five in the hotly contested class but it was the Ashby family’s North Ashrose, Gulnare, who gained the runner-up sash.

“They are impressive, well built and very even sheep,” Mr Davidson said.

In the four years since the class was introduced North Ashrose has won it twice and placed in the top five on each occasion a sign of the consistency of their breeding program.

“It is showing you can actually match an even pair which I guess we have done and getting those wool types that are exactly together,” stud principal Tom Ashby said.

Mr Ashby said the ram which was from their Lustre family was likely to be offered in the Adelaide Merino ram sale.

But it was the Cox family’s Langdene stud, Dunedoo, NSW, which came up trumps with their fine-medium wools, which were both ET bred.

“We’ve sold the top price a couple of times and won the supreme here so to win the pairs has capped this off at Bendigo,” Garry Cox said.