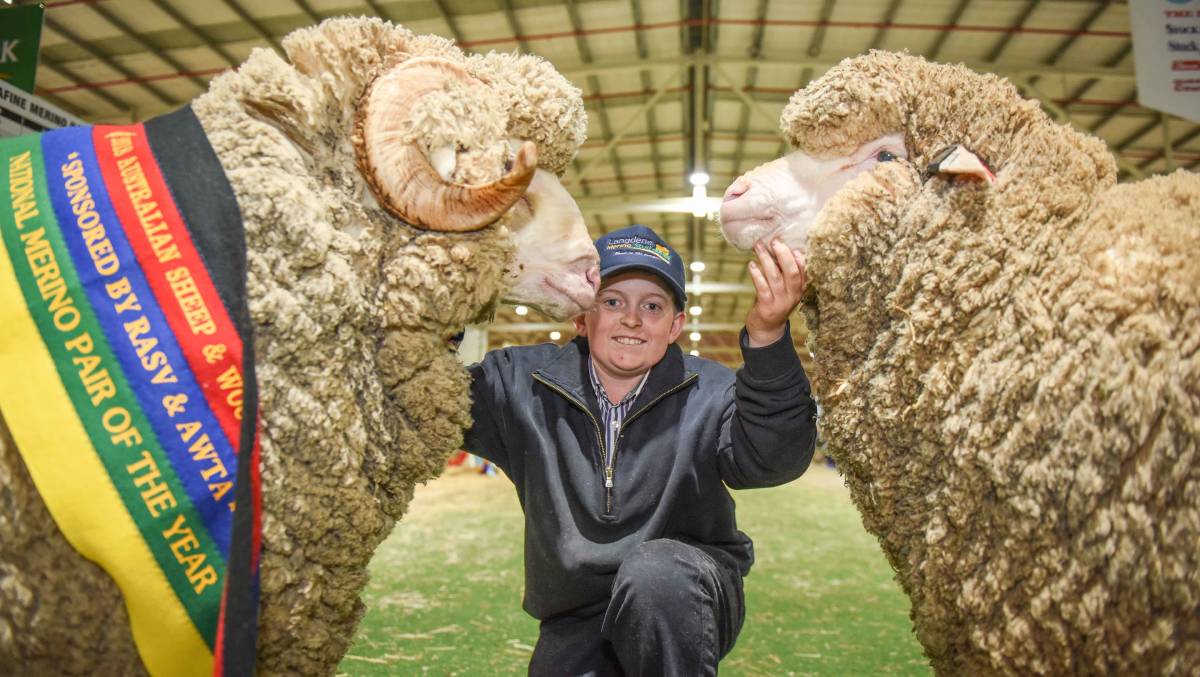 New South Wales’ Langdene Merino stud is no stranger to Australian Sheep and Wool Show (ASWS) success, but a win in the National Merino Pair competition has become one of its highlights.

Judged on Friday night, the Dunedoo, NSW, stud took out the national championship, beating out representatives from each other state.

The stud has been involved in the competition before, but this was the first time it placed first, having been runner up in 2005, and representing NSW in 2008 but not taking home a ribbon.

Stud principal Garry Cox was thrilled to be recognised on a national scale.

“We’ve sold the top-priced ram at the [ASWS] sale before, and even won supreme Merino exhibit, but this just really caps it all off,” Mr Cox said.

He said the ram and ewe were impressive because of their evenness, trueness to type, and their overall structure and outlook.

The ram will be auctioned at the National Merino Sale, Dubbo, NSW, in August, but the ewe will remain a part of the flock.

Speaking on behalf of the judges, judge Simon Bahr said the quality of the top pairs “made it very hard to split”.

“It is a fantastic line up of sheep and that made our decision quite difficult to make,” Mr Bahr said.

The decision came down to the “extra productivity” in Garry, Gordon and Colleen Cox’s pair, that were “put together really well”.

He said the Victorian pair, that was awarded reserve champion, from the Glenpean stud, Brimpaen, of Rod and Sue Miller, was an excellent pair of “very productive, well put together sheep”.

This is the second time Glenpaen has taken out reserve champion in the pairs competition at Bendigo, and Mr Miller said this is exactly why they show, “to benchmark against the best sheep in the country”.

Mr Miller said the ewe, who won her fine medium ewe class earlier in the day, was a standout of the pair.

“She’s just got that depth of body, and a fantastic wool clut,” he said.

The ram will be offered for sale at the upcoming Ballarat ram sale, while the ewe will be retained in the flock.