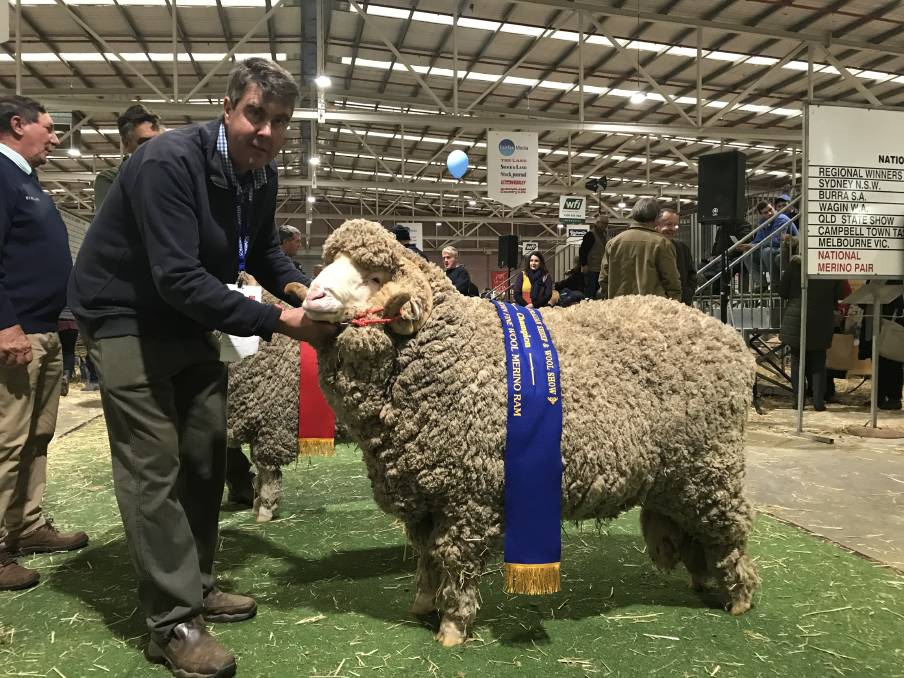 Champion fine wool August shorn ram exhibited by Garry Cox of Langdene stud, Dunedoo, NSW. The ram also made up half of the pair that won the coveted National pairs title on the first evening of the ASWS.

Over 850 Merinos took the show ring on day one of Australian Sheep and Wool Show and they didn't disappoint.

Hailed as the best of the best when it comes to Merinos shows, the first day of the Australian Sheep and Wool Show (ASWS) didn’t disappoint with over 850 sheep filling the shed to showcase the feature breed of the 141st show.

The fine wool section produced one of the bigger line ups of the event when 17 four-tooth rams were entered in the class.

A 20.8-micron ram exhibited by the Cox family of Langdene stud Dunedoo, NSW, was triumphant in the class before he went on to win the champion August shorn fine wool ram ribbon with a ram exhibited Chris Clonan of Alfoxton stud, NSW, named as reserve.

Fine wool judge John Roberts of Dunbogan Merino stud at Dunedoo said it is one of the best presentations of Merino sheep he has ever seen. 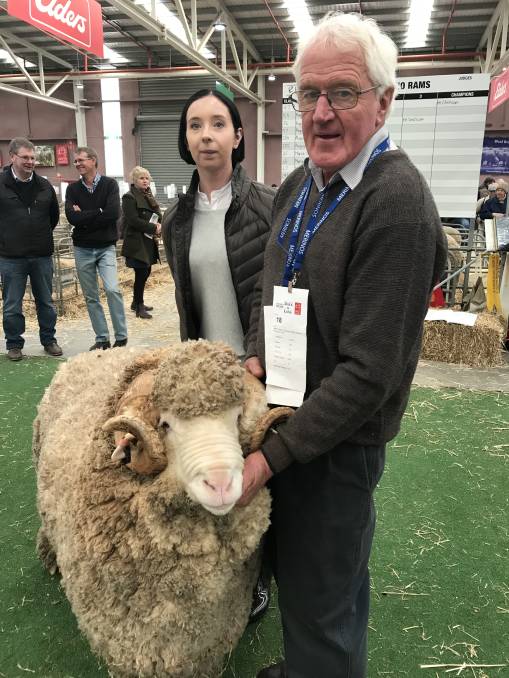 “The classes I judged today were outstanding,” Mr Roberts said.

“The champion fine wool ram was a tremendous sire with a great spring of rib with beautiful soft wool.

“The reserve champion also had a rich soft handling wool.

“But the sheep I have seen in this shed today are Merinos of extreme calibre. They are outstanding, with beautiful white wools and all true to type.”

Winning the superfine August shorn champion ram was Grathlyn stud of Hargraves, NSW with their four- tooth entry, and ultrafine was awarded to John Crawford of Rock-Bank stud, Victoria Valley, Victoria with another four-tooth.

Mr Crawford said he only shows at Bendigo.

“I only compete against the best,” he said.

“I consider this the pinnacle of Merino shows.”

“He was a big upstanding ram with a good barrel,” Mr Collins said.

“It was like a baptism of fire judging those rams against each other,” Mr Bahr said.

“I placed the four-tooth ram over the six-tooth for its extra wool carrying capacity and he is an extremely sirey looking ram.” 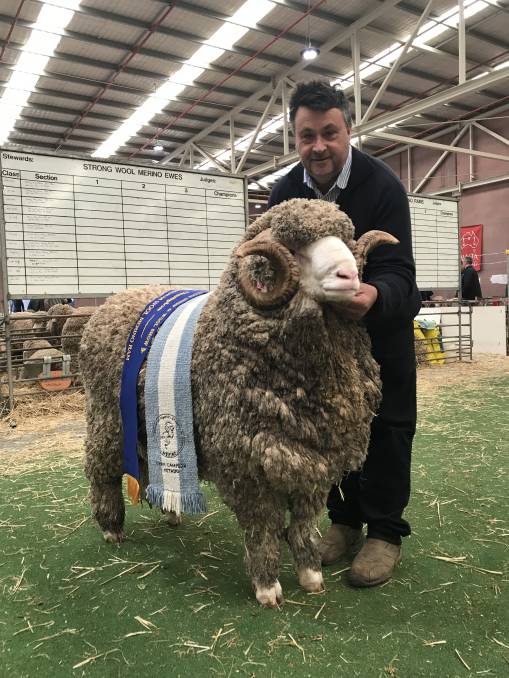 The final judging for the day saw two big announcements with the Australian March shorn pair taken out by East Bungaree stud, Hallet, SA, while the coveted National pair was won by Langdene stud with the lead ram being their previously sashed champion fine wool August shorn ram.