With Mohair prices now about $25 a kilogram, Angoras goats are becoming increasingly attractive as a commercial flock. 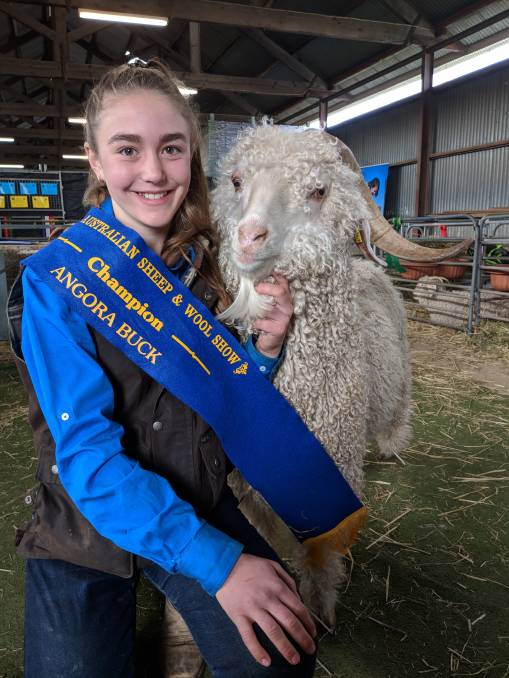 With Mohair prices now about $25 a kilogram, Angoras goats are becoming increasingly attractive as a commercial flock.

This is according to Australian Sheep and Wool Show Angora judge Margaret Nicholls of Seaspray.

“The breed has improved out of site…with the Mohair price now $25-$28/kg across the clip, and first shearing fleeces up to $50-$58/kg, it is becoming more commercially viable to run them,” Ms Nicholls said.

She is part of a team which has this year established the Australian Mohair Company, which aims to encourage more producers into the industry and promote the benefits of breeding Angoras for Mohair and meat.

Ms Nicholls said the buck had fathered a majority of the other goats being exhibited by Mallee Park, and “you could see it was breeding well grown goats with well defined Mohair”.

Grand champion Angora doe was exhibited by Woodleigh School, Langwarrin South, and Ms Nicholls said the goat industry was lucky to have high schools interested in the breed, as they were encouraging future breeders.

“The doe, at not even 12 months, was well grown, even stapled from chin to tail with soft, lustrous and very valuable Mohair,” Ms Nicholls said.