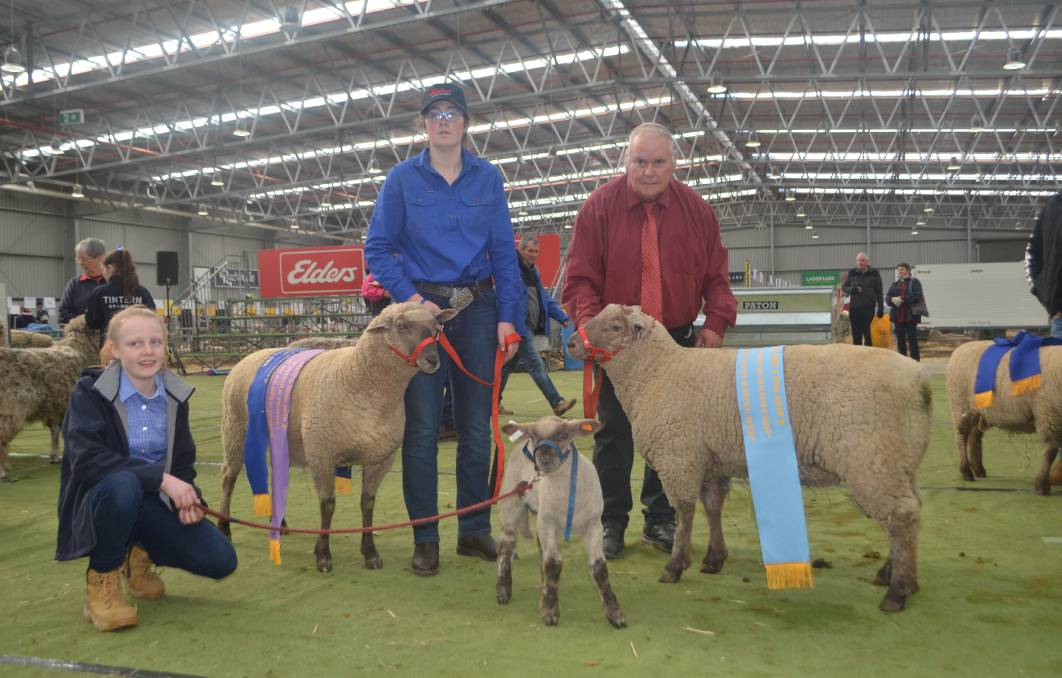 Coming through the under one and half year class the ram was considered by the judge to be a wonderful example of the breed and a credit to the prime lamb industry.

“He is only a baby, but he has good eating quality, is finished,” Mrs Stevens said.

“Just look at his hindquarter!”

Bred by Barry Shalders, Willow Drive South Suffolks, Grasmere, Victoria who thought the ram has all the necessary attributes for the breed.

“He is finished over his back, down the hindquarter and over the shoulder,” he said.

The champion ewe also bred by Barry Shalders had graduated from the one and half to two and half year class.

“She is near perfection,” judge Mrs Stevens said.

“A lovely ewe full of quality.”

The Willow Drive stud was also awarded the group for the breed, and was most successful exhibitor.

“They are a credit to the breed, and there was nothing wrong with any of the sheep paraded here this morning,” judge Mrs Stevens said.